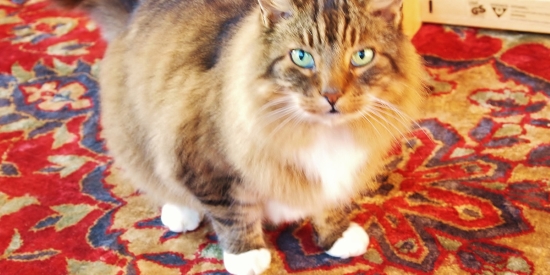 If you’re bringing a pet to France or have moved to the country from overseas and plan to have one here, you need to know about the following diseases and pests that are common in France and which you may be unfamiliar with.

A widespread disease of the liver of both dogs and cats in France. It is caused by a protozoan parasite and is carried by a bloodsucking insect, mite or most commonly, a tick.

The most common form affects dogs and is called Hepatozoon canis. It causes:

It is diagnosed by a blood sample and treatment is with a combination of chemical and anti-inflammatory treatment in the first instance.

* Tick control: specific spray, impregnated collars and spot-on medication is available from your vet. Apply before travelling and continue to do so regularly when abroad
* Feed your pet a commercial diet. Prevent scavenging and hunting behaviour
* Avoid known severely affected tick habitats such as grassy, uncultivated areas.

Principally a problem in dogs and is transmitted by ticks. When the tick feeds, saliva is injected into the host together with the Babesia organisms which invade and multiply in red blood cells. A tick biting an infected animal will become infected itself, and can go on to infect other dogs. Ticks are common throughout all of France

It can be associated with jaundice (‘biliary fever’) and sudden death can occur.

Diagnosis can be confirmed from blood samples.

Treatment is by specific drugs plus supportive treatment such as blood transfusions in severely
anaemic dogs.

* Tick control: specific spray, impregnated collars and spot-on medication is available from your vet. Apply before traveling and continue to do so regularly when abroad.

A bacterial infection acquired and transmitted by a ticks feeding on the blood of infected dogs. This disease occurs in the warm Mediterranean climate where the ticks live. Ticks are common throughout all of France

Symptoms of this disease vary widely and may include:

* Depression
* Fever
* Swollen glands
* Bleeding under the skin and elsewhere.

Diagnosis is by a blood sample and treatment is by antibiotics in the early stages. Cases of longstanding infection are less likely to respond and many affected
dogs will die or require euthanasia.

* Tick control: specific spray, impregnated collars and spot-on medication is available from your vet. Apply before travelling and continue to do so regularly when abroad

An infectious disease transmitted by sandflies. It is caused by a protozoon, which is taken in by the bloodsucking insect when it feeds on an infected dog and completes part of its life cycle in the sandfly’s gut. It occurs commonly throughout the tropics and especially the Mediterranean coastal area of southern Europe.

The disease, if untreated is fatal and even with therapy is not curable, with affected animals being permanently infected. Symptoms can develop from a few months to several years after a visit abroad.

Diagnosis is confirmed by a blood test or microscopic examination of tissue samples.

Sand flies have a limited range and therefore local knowledge is useful before visiting an area. Sand flies feed at night and are more active in summer.

* Avoid ‘high-risk‘ areas or leave your dog at home in the UK if necessary
* Keep animals indoors from one hour before dusk until one hour after sunrise. Use insecticides to control flies indoors
* Specific medication is available from your vet. Scalibor is a flea collar available from vets in the UK which is effective against sandflies. In France ask your vet for treatment for un phlebotome.

A disease primarily of dogs although cats are also at risk. It is transmitted by mosquito bites. After infection, larval worms develop for about six months inside the heart and the blood supply to the lungs. The disease is common in southern Europe.

Signs of heart and lung disease occur over several years leading to death. Treatment at this stage is possible but hazardous.

Cats may also be affected although signs of the disease are more variable.

Diagnosis is confirmed from blood samples.

If your dog has been exposed to infection without preventative treatment – even if it was some months ago – have a blood sample analysed. Infections are far easier and safer to treat before major symptoms arise.

Previous Article ‘The French love English roses!’
Next Article How to Cut Energy Bills in Your French Home

Bringing Your Pet to France? 10 Quick Answers to Your FAQs