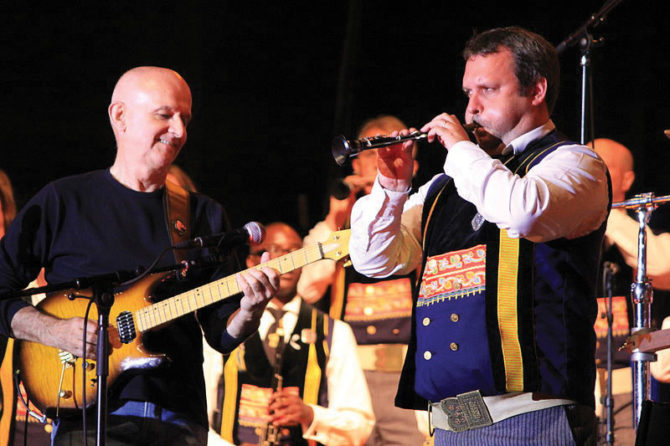 When did you first go to France?
Around 1976 when the children were three and five. Breton musician Dan Ar Braz had rented the cottage next to us in Oxfordshire when he played with the Fairports for six months. Dan comes from Quimper and suggested we took a holiday in southern Brittany so we went to a campsite at Bénodet. We just fell in love with the area and the lifestyle.

When did you buy your French house?
In 1979, I began playing bass with Jethro Tull, as well as playing with the Fairports. Suddenly I had a different level of income, so my ex-wife Christine and I decided to buy a house in Brittany. We stayed in Quiberon (pictured above) and looked at 33 houses in six days. And because I was young and foolish, we drove around in a gold Porsche 911!

Where did you find your dream home?
On the isthmus to Quiberon – a tiny neo-Breton property right opposite the beach and fort at Penthièvre. We went every summer for 15 years and really got to know the area well. Vannes and Auray are just beautiful. We only sold it because Chris and I split up, but I bought another Breton property in 2005 with my partner Ellen, who’s from Germany.

Is it in the same area?
Just up the coast towards Lorient. We wanted an authentic stone longère or long house and found the perfect property between Port Louis and Merlevenez, about five kilometres inland. It was built in the 1760s as an apple store but had been converted eight years previously. This winter, we added an extension with a space where I can make music.

How do you get on with the locals?
Brilliantly. There’s no pub in the village, so they treat our house as one! My French is pretty basic, though Ellen’s is rather better, but they love speaking English to us. I live in Banbury when I’m touring with the Fairports, but we try to spend six months in Brittany. We host the village fête every summer which includes lots of live music, good company, and wine. 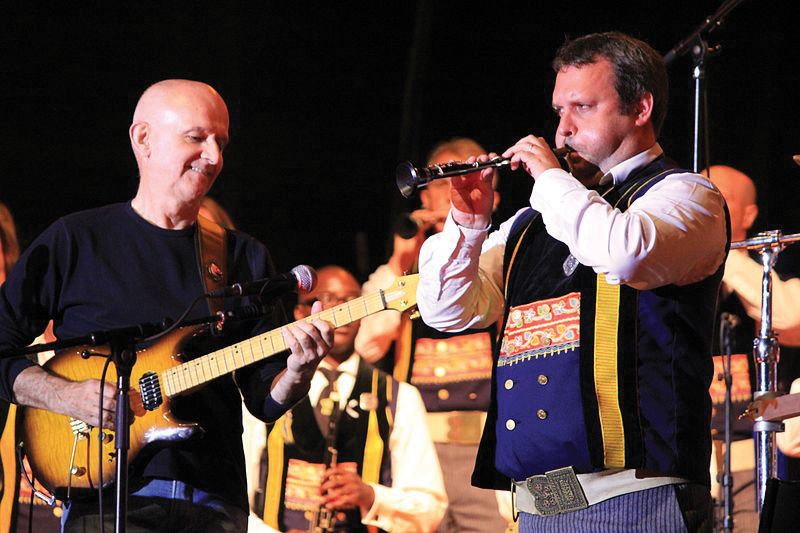 Fairport Convention’s bassist Dave Pegg spends half the year in Brittany and is a big fan of Breton musicians. We interviewed him to find out more…

Do you ever play in France?
The Fairports played the Fête de Cornouaille in Quimper in 1978 before it was the big festival it is today and we’d love to do it again. Lorient’s festival unfortunately coincides with our own event in Oxfordshire, Fairport’s Cropredy Convention, but I get on stage with Dan Ar Braz and his band whenever possible. 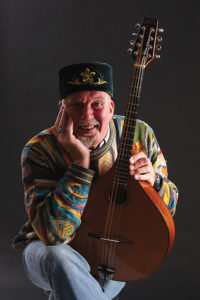 And this year Dan will be joining you at the Cropredy Convention?
Dan will be playing with us on Saturday night, August 15, and with Rory Gallagher’s Bands of Friends earlier in the day. Also coming from Brittany is the wonderful singer Clarisse Lavanant. Last year our Anglo-Breton friends The Churchfitters were a huge hit with the Cropredy audience.

What do you particularly love about Breton music?
The unique sound of the bagads, or pipe bands, and the fact that so many young people get involved. We don’t have anything quite like it in Britain.

And your favourite French meal?
Fruits de mer and a glass or two of Muscadet, though I do love a good  Côte de Boeuf if I’m in a meat mood.

Looking for holiday accommodation in Brittany?

FrenchEntrée can help you find holiday cottages, villas, gîtes, chalets, and apartments for rental in France. Choose from our stunning range of holiday rentals in Brittany and have the perfect stay in France.

Previous Article Becoming a Resident in France: What Are the Income Tax Implications?
Next Article Ever Wondered How the French Stay so Slim?