Property Renovation in the Limousin 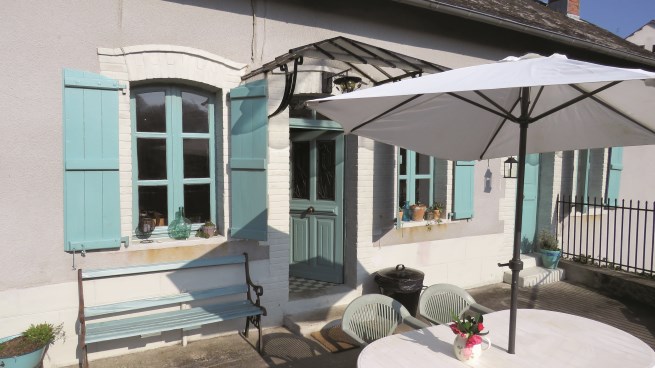 Dominic Bliss visits an Anglo-Dutch couple who have renovated two houses and a farm in the historic, picturesque village of Vigeois

Simone and Peter Harper admit that their French language skills still leave a lot to be desired. But that certainly hasn’t stopped them from integrating with the locals in Vigeois, the Corrèze village that they moved to three years ago. “There’s always a sense of humour. That’s how we communicate with the locals,” says 43-year-old Simone. “Fortunately, the people here are really friendly. I did have a few French lessons but making conversation is quite hard.”

The married couple and their pet dog, Ruby, have made quite an impression on this tiny village in south-west France. That may have something to do with the stunning restoration jobs the couple have completed on two houses, the Maison Vieux Pont and the Pont Vert, which they now rent out as holiday gîtes, and the farm which they’re currently in the throes of renovating.

It’s a beautiful spot they’ve chosen. Lying alongside the River Vézère, at the base of a range of hills, Vigeois is 35 miles south of Limoges and isolated enough to feel properly rural, but sufficiently close to the Autoroute to allow the Harpers easy access to the Limousin’s capital and Bordeaux.

“The beautiful countryside here is untouched,” says Simone. “The air is very good. We both came from the city so, for us, there’s not so much stress here. We love going for local walks with our dog. The river is great, with lots of canoeists coming by in the summer.” 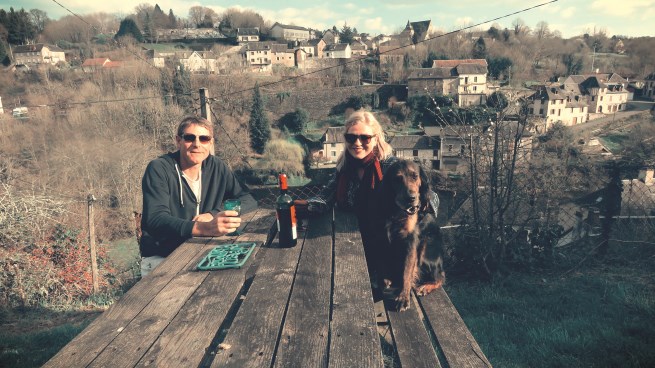 “Vigeois may be small but it still boasts a couple of bars, two boulangeries, a restaurant, a supermarket and a delicatessen”

Simone is Dutch and used to live in The Hague, where she worked as a newspaper publisher, while 47-year-old Peter is a Geordie who hails from Whitley Bay, in Tyne and Wear, and used to import windows for a living. Now they both work full-time on renovating and renting out their French properties. It helps that they’re both very practical.

The Harpers’ new surroundings couldn’t be more different to the urban environment that they’re used to. Simone describes Vigeois’ local landmarks, which include a 12th-century Roman bridge and the 11th-century church made famous by medieval chronicler Geoffroy du Breuil, with its enormous yew tree, which some claim is 1,400 years old.

Simone has discovered much about the history of the village. While renovating the farm, she discovered a trapdoor in the floor. Beneath it were letters dating back to World War 1, penned by one Leonard Teyssier, the son of the former owners of the farm. Leonard had written home to his parents shortly before he was killed on the front lines, in 1916 at the age of just 22. 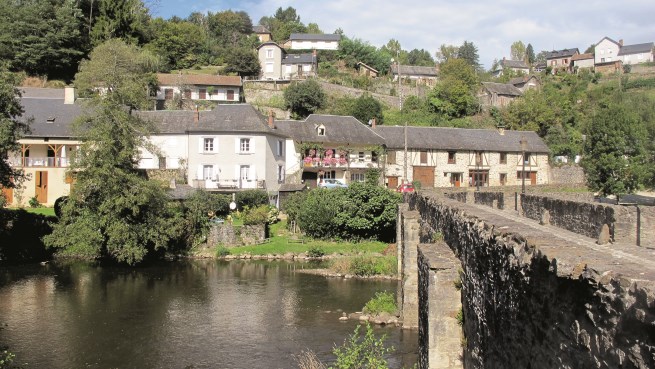 “The letters are a glimpse into this young soldier’s life during the war,” Simone says. “His last letter was dated May 3rd, 1916, and he died 18 days later. We know this because we also found a metal plate in the barn with his name on it. And in a nearby village there’s a war memorial featuring his name. It’s heartbreaking but also very special that we have been able to save these amazing letters.” The letters are soon to be shown at a nearby exhibition.

Simone says that she and Peter love the “back to basics” nature of their new village life. Nearby is the Lac de Poncharal with its swimming beach, where Peter likes to go fishing. There are local flea markets and summer fetes in the surrounding villages. Simone sings the praises of her neighbours, especially the 86-year-old chap and his wife who regularly bring them home-made jam and crêpes. “He’s our biggest fan,” she says, lovingly.

Vigeois may be small but it still boasts a couple of bars, two boulangeries, a restaurant, a supermarket, a petrol station and a delicatessen. “For a rural village we have a lot of shops,” Simone adds.

When they fancy something a bit more sophisticated, Simone and Peter drive a few miles north to the town of Uzerche, where there’s a larger selection of restaurants. But during the winter they admit that life gets a little too quiet.

“You obviously don’t get the night life,” she says. “Holidays are important so that we don’t feel stuck here in the winter.”

Fortunately, once the Christmas season is over, rental demand drops and they can head off on holiday. One of their plans is to buy a camper van so that they can go travelling during the slow winter months. They also hope to improve their language skills. “I can understand much more now because I watch French films on Netflix,” Simone says. “Peter’s French is terrible, though. But somehow we manage to get by.”

Simone and Peter Harper live in Vigeois and rent out holiday gîtes through Harper Gîtes: www.harpergites.com

Originally published in issue 117 of the FrenchEntrée Magazine.