Healthcare for those retiring to France 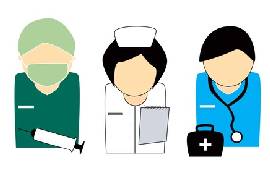 If you’re planning to retire to France, it is very important to ensure that you are covered for health. How you do this depends on what kind of retiree you are.

– If you are originally resident in another EU country – but not the UK – you will need to contact your relevant government department to find out what provisions are made for your healthcare cover in France.

– If you are not originally resident in an EU country, then you will most likely need to take out private health insurance. However, you should contact your relevant government department to be sure about what you should do.

– If you are originally resident in the UK and are officially retired – currently this means aged over 65 for men and 60 for women – then your first step is to contact the UK Department of Work and Pension and ask them for an E121 form.

Unlike in the UK, French healthcare provision is not free. Unless you take out complementary insurance (this is not private health insurance) you will only be covered for about 70% of the cost of any treatment (although with serious and life-threatening conditions, the French state – and therefore the UK government – is most likely to give you 100% cover.) You will have to pay the rest yourself.

The majority of French, therefore, take out complementary ‘top-up’ insurance to cover medical costs they may incur. You can take out full cover which means even a visit to the doctor is fully covered or restrict it to larger costs such as operations and hospital stays. For a fuller explanation see ‘Complementary health insurance’

If you are officially retired but my husband/wife is not:If it is the husband that is retired, then the wife is automatically covered by her husband’s E121.

If it is the wife that is retired and on an E121, then theoretically the husband should also be automatically covered. However, there have been some instances where local CPAM offices – those that oversee the affiliation of people into the health system at a local level – have refused to believe that a man could be dependent on a woman and have refused cover.

For more on this see ‘Does your E121 or E106 form also give your partner healthcover in France?’

Until late 2007, early retirees to France were able to affiliate into the French healthcare system by paying a subscription to CMU.

However, this is no longer the case.

However, the French government has decreed you do have the right to appeal for access to cover under CMU if, after you have emigrated here, your life changes due to ‘unforeseeable circumstances due to financial or health reasons’ and you cannot get private cover.

Examples given include: separation from or death of a spouse, the end of a marriage, denial of private health insurance in the event of a serious illness or something that was unforeseeable at the time of a person moving to France.

Finally, France does have a five years residency rule which means that after five years of ‘regular, uninterrupted residence’ in France, you will qualify as a permanent French resident and will then be able access to healthcare via the CMU.

If you have an E106 or E109 form:If you are eligible for an E106 form (given by the British government to those who had fully paid their National Insurance contributions, and valid to a maximum of two years) or an E109, you will have immediate access to French healthcare cover as the costs are covered by the UK government, until your form expires.

After your form expires you will need to take out private health insurance until you reach retirement age and are eligible for an E121 or you reach five years residency.

** For more on the changes to French healthcare cover for those arriving after November 23, 2007 see ‘Healthcare cover changes in France – what you need to know’

Previous Article Making your French life a success
Next Article French cheese by a French girl!

Merry Christmas From All At Blacktower… And A Final Word On Recent Pension Changes!

Do You Have a UK Pensions Scheme and Want to Become French Tax Resident? This Is For You.