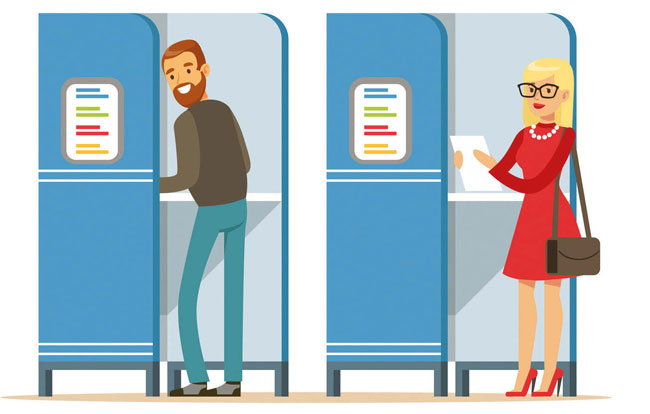 No longer eligible to vote in the UK and still unable to do so in her adopted country, Nadia Jordan takes a stand for expats in France and beyond…

Politics is still high on the list of conversation topics here in France; even months on from the election. Following Macron’s victory, there is a real sense that something has changed, that France has slightly shifted on its axis. I have been as swept up in election fever this year as everyone else and watched with baited breath as the results came in; watching being all I could do as I am not eligible to vote in France, nor any longer in the UK. In voting terms at least, I do not exist.

It was a strange feeling to watch everyone else vote while having no voice at all. Friends here do not see any problem with this and many of them, when asked for their views about the election, have commented that it surely ‘doesn’t matter’ to me anyway as I’m not French. This, however, could not be further from the truth. I feel far more invested in politics in France than anywhere else. We have lived here for almost 15 years; we pay our taxes and social healthcare in France; I work here; our children have been in the French education system all their school lives and we spend all our income in the country. We live solely and completely in France and yet we have no right to vote for the government whose decisions will impact on our lives.

France is not alone in this. Expats the world over have no right to vote in their adopted country unless they are granted citizenship. All of us ‘foreigners’ are in the same boat and unable to vote in a country whose laws and regulations affect us directly. The current laws allow us to vote in European and local elections in France, so we are considered citizens at a local level but not at a regional or national level. The issue has sparked campaigns in the past; notably Let Me Vote by the European Citizens’ Initiative, which pushed for expats to get voting rights in national elections, arguing that they should be allowed to vote in their country of residence – where they pay their taxes and are most comprehensively affected by political decisions. It has also been argued in France that giving expats the right to vote would not only help to boost integration but create a sense of belonging.

This is currently an unpopular idea, however, at a time when Europe is becoming more fractured and, certainly, here in France, the idea of giving votes to foreign residents, even in local elections, has been contentious for many years. The French do not generally subscribe to the view that just because a foreigner has a relationship with the French tax man, it should entitle him or her to vote for their President.

Europe is at a crossroads right now and needs to decide whether to turn right or left, go forwards or backwards. Perhaps the next step therefore is to make integration easier for European citizens; so that they feel valued members of wherever they choose to live and hence have greater loyalty, are more invested and feel that they have some control over what happens in their adopted country. The way to do this would be to allow long-term residents the right to vote; which is of course the definition of democracy.

Nadia has been living in the Ariège, Southwest France, with her husband and four children since 2003. She runs property search agency www.foothillsoffrance.com

Previous Article Taking the Mystery out of Foreign Exchange: What Do Movements in the Currency Markets Actually Mean for You?
Next Article Property Showdown: Creuse VS Corrèze

7 Tips for a Successful Relocation to France

Considering Moving or Retiring to France? Protect Your Finances