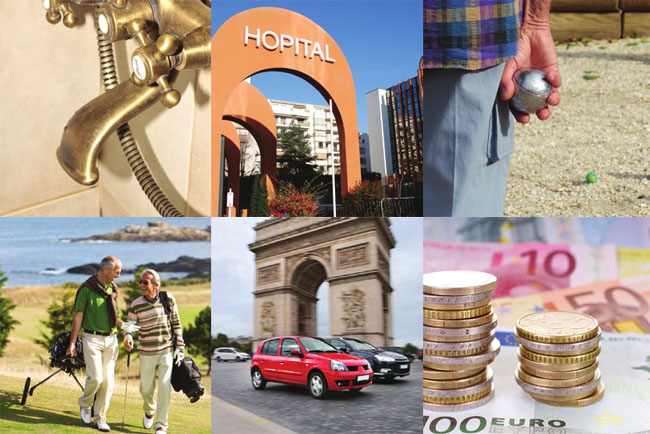 The dream of moving to France is often based on a simpler, less costly and more rewarding lifestyle, but is it really a cheaper place to live?

START WITH THE FACTS

At a glance, the cost of living for a family of four in France is an appealing €36,824 a year. But look more closely and you will realise this doesn’t include major costs like mortgage repayments, council tax or income tax.

Naturally, your expenses will vary depending on the size of your property, the region you live in, and whether you choose to reside in a city or the countryside. This is something to bear in mind. Living in such expensive metropolises as Paris, Bordeaux or Lyon (or their suburbs) will take its toll on your budget.

The reality is that the true cost of living in France depends on your lifestyle and choices. Food costs will be higher than average if you favour ready-meals or imported British products.

Why not cook from scratch using fresh, locally-sourced, and often cheaper, ingredients? Which is what many French families do. When in Rome… as they say! The abundance of markets makes the task rather easy. Also, bear in mind that most French people tend to prioritise (and spend more on) good quality food over, say, redecorating or upgrading their car.

This approach to budgeting is definitely a plus, as you’re less likely to fritter away your savings on ‘keeping up with the Joneses’.

If you will be relying on income from the UK, fluctuating currency rates will definitely affect you; and they’re beyond your control, so seek professional advice from exchange specialists, such as moneycorp.

Other common financial complaints from UK residents in France involve the cost of visiting Britain, high social charges or unexpected taxes, and top-up health insurance (which we advise you take out).

However, there are countless small bonuses, such as only needing an MOT every two years, no road tax (for most people) and lower fuel costs. And, if you buy without a mortgage, you won’t have to waste money on interest charges. You can’t predict what hidden costs or unexpected expenses will impact you most – if at all – until you make the move and experience life in another country. But the more research you do, the better prepared you’ll be.