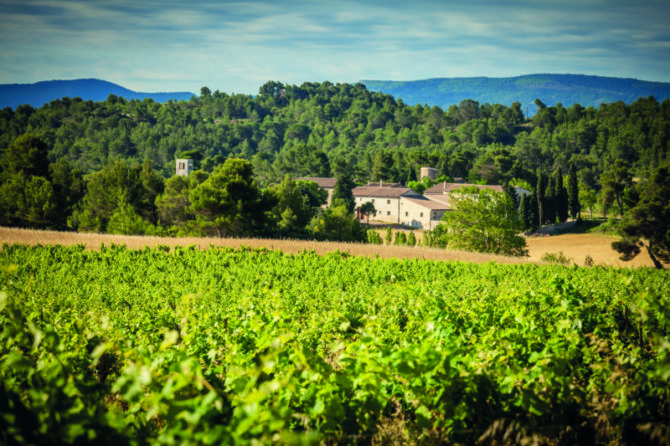 The Outsiders are a group of wine producers from all around the world who settled in this part of France, attracted by affordable prices, diversity and a sense of freedom, writes Patrice Bertrand

We could have gone somewhere else but there is one thing about Languedoc: it’s still quite wild, like the Old American Wild West. You feel like pioneers, you have the freedom to make the style of wine you want to make and that’s why we’re here”, explains Elizabeth Bowen, a British expatriate who set up as a winegrower with her husband, Jon, in the tiny village of Fraissé-des-Corbières, between Narbonne and Perpignan. “But we are small and, to sell our wine, we have to make noise,” adds Elizabeth.

To make their voice heard, Elizabeth and Jon joined the Outsiders, the perfect name for a group of successful Languedoc-Roussillon winemakers all coming from other countries or a different French region and sharing a common bond: they decided to relocate to this part of Southwest France to start a career in wine with, usually, no background in winemaking.

“We are people who are doing things slightly differently, people who are from somewhere else and are using the Languedoc as our base,” says Elizabeth, who worked for a pension fund in the UK while Jon worked for wine companies around the world. “Our dream was to make our own wine. Languedoc was an opportunity because it was reasonably priced compared to other areas. So we ended up here.”

Elizabeth and Jon arrived in Fraissé-desCorbières in 2004, having explored the entire Languedoc-Roussillon winegrowing region, which is the largest in France, extending from Nîmes to the Spanish border along the Mediterranean and covering part of the Occitanie super-region. Today, they own Domaine Sainte Croix, which has 11 hectares of vineyards scattered around the village, with their home in the centre and their winery on the edge.

“After six or seven years, our business became self-financing and we don’t have to worry,” says Elizabeth. “But it was not always easy. So, we joined the Outsiders eight years ago, probably for the same reason as other people: we don’t have a lot of time or money for sales and marketing. By working together, we share our experiences and help raise the profile of our wines and the area as well.”

A Different Way of Looking at Things


Seemingly one of a kind, the Outsiders was created in 2010 by Louise Hurren, another British expatriate based in Montpellier. She moved to Languedoc in 2002 and was working in wine marketing and communication when she had the idea of getting together winemakers from other regions. “For me, outsiders are people who have a different way of looking at things because they weren’t born or raised here,” says Louise.

“The point is to give them an opportunity to promote themselves as a group instead of as individuals. A general sort of spirit reigns here. Languedoc is a place where you can make your own thing happen, where you don’t have to follow tradition.”

Today, the Outsiders have 16 members, with one member per appellation. They come from countries such as the United Kingdom, New Zealand, Australia, the United States, Belgium and France (but not Languedoc). Every few months, they meet to share experiences in how to sell wine or to exchange advice. They also organise fairs and tastings for importers, distributors, agents and restaurant owners.

They’ve been to London, Dublin, Paris, Zurich and, in May, were at the Edinburgh fair for wine professionals. These efforts aim to gain visibility for themselves and the region which, despite its huge size and 53 appellations, has long been considered the poor relative of other French wine regions. 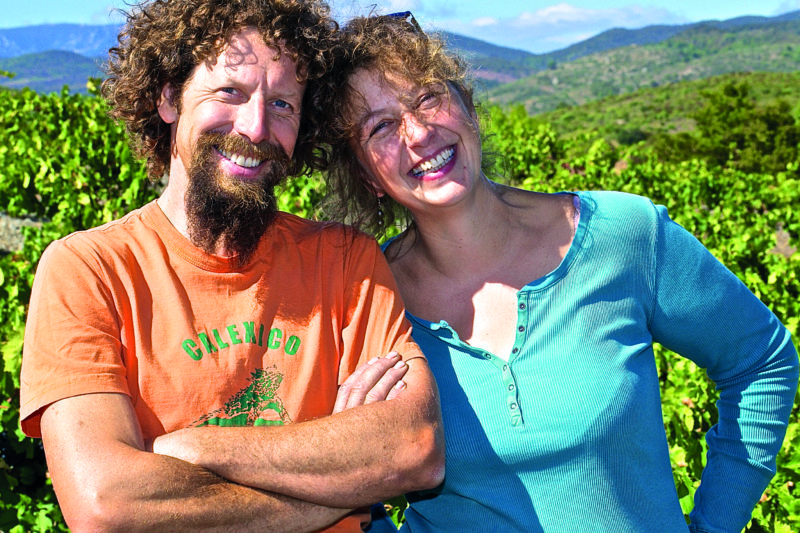 “When I bought this place in 2001, Languedoc had a mixed reputation,” says ‘Outsider’ Graham Nutter, who gave up a career in finance to buy Château Saint Jacques d’Albas, in the Minervois area, north of Carcassonne. “I bought it because I could see there was great potential and I think that potential has still to be realised.

Secondly, land was not expensive. You could buy a big property for a relatively small price compared to Bordeaux or Burgundy. Thirdly, I happened to find a place that had “un seul tenant” (in one piece): all the land is around the house. I don’t have to go on a tractor, everything is almost a stone’s throw.“

Today, Château Saint Jacques d’Albas breaks even and exports 75 to 80 per cent of its production, mainly to Germany, the USA, the UK, China, and Scandinavia.

“We Outsiders are a group of people who have completely different ideas of how wine could be made compared to the traditional habits of local people. One of the things we did was to reduce yields. When I taste my wine, I always put myself in the position of a potential client. Will I like this? Is the nose attractive? Is it fruity enough?” 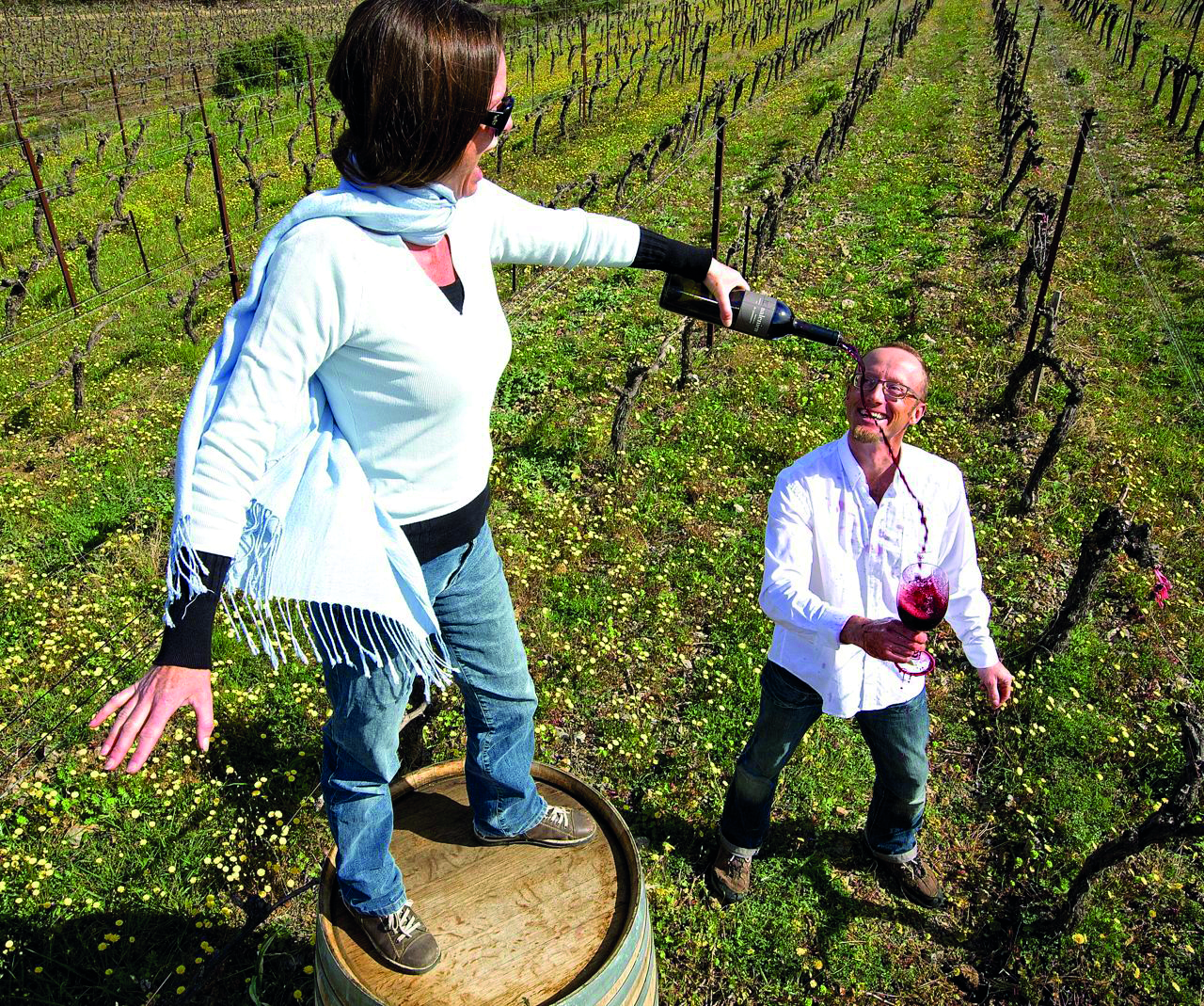 Meet the Pioneers of Languedoc 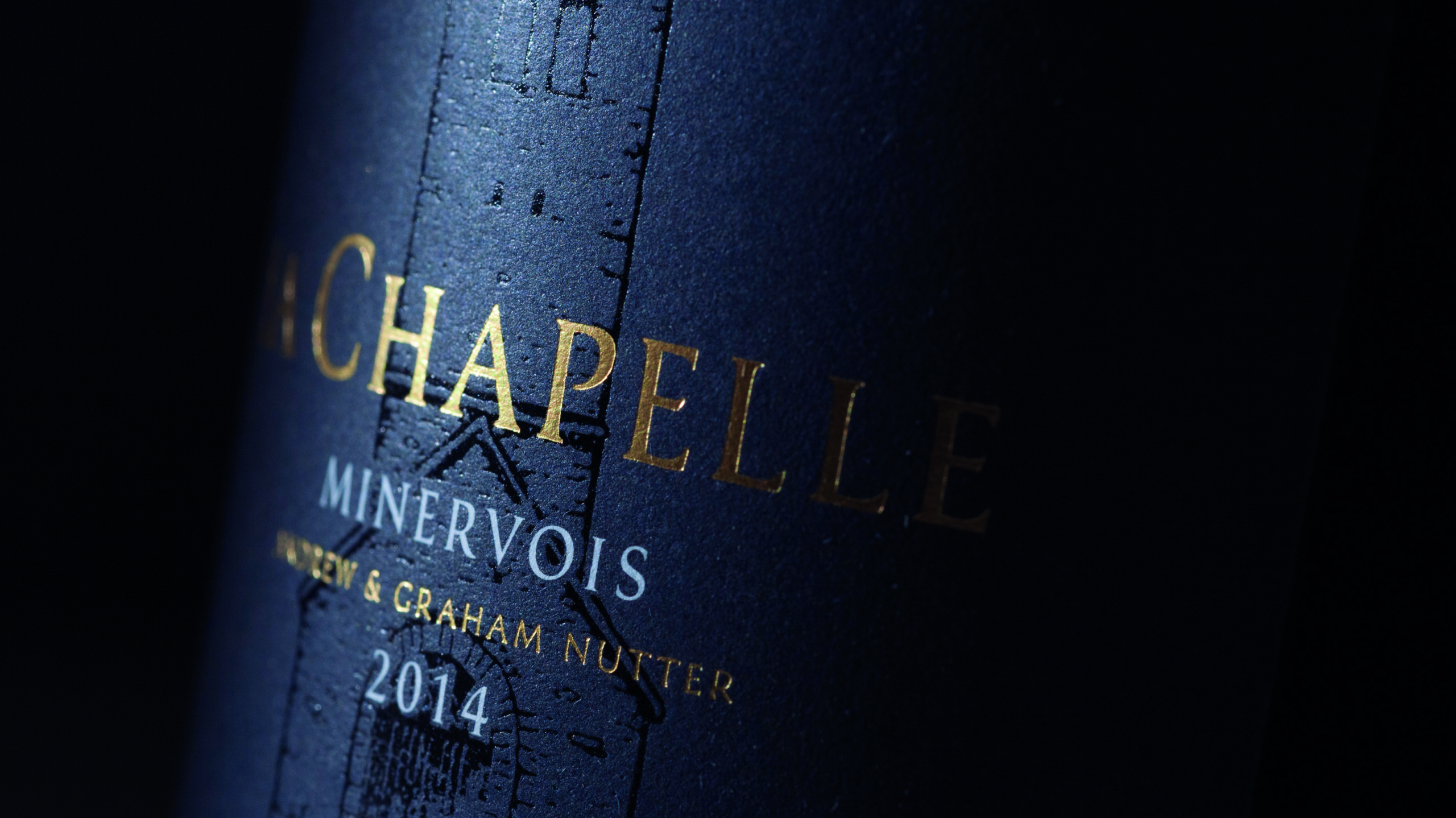 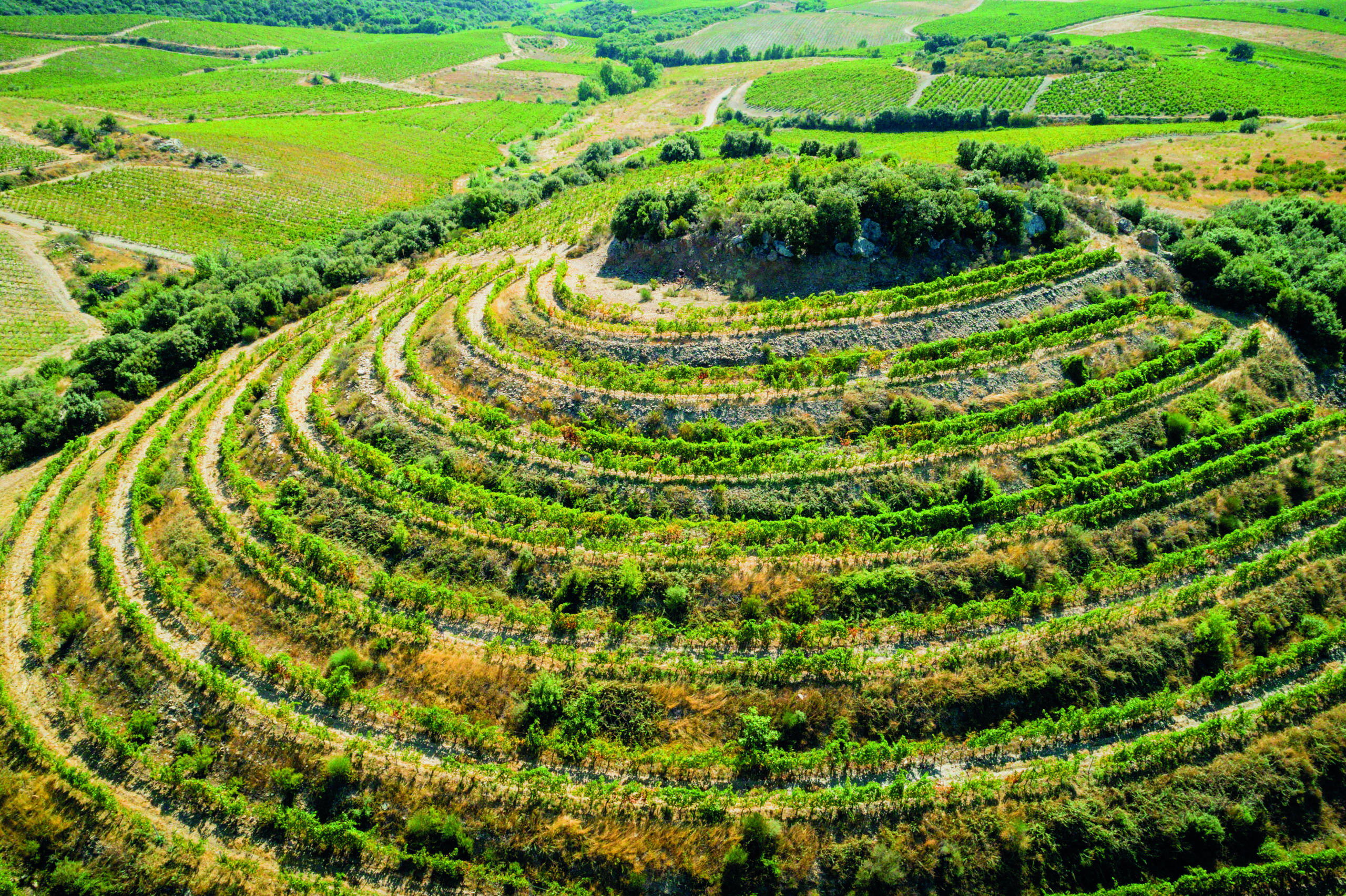 Reputation on the Rise

Nearly 200km east, in Murviel-lèsMontpellier, near Montpellier, another British expat, Robin Williamson, and his New Zealander wife, Liz, acquired Domaine de Saumarez in 2004. He agrees price was paramount. In 2003, they sold their London apartment and left for adventure.

“We didn’t know much about Languedoc but the estates were much more affordable there than anywhere else,” says Robin, who formerly worked in finance and studied viticulture and oenology at Plumpton College, Brighton, before taking the plunge.

“Of course, there were other reasons: the Languedoc wines’ reputation was beginning to rise and still is; the favourable weather allowed for an organic business; and the ‘micro-terroirs’ were capable of producing quality wines – that’s what interested us. We ended up finding something; there was no tank and the building had no roof due to fire, but it suited us and the estate has become profitable.”

Fifteen years later, are prices still attractive? “Yes, even if the region has changed a lot since then,” says Scotsman Adam Dakin, the manager of Wine Objectives, a Montpellier-based agency specialising in the sale and purchase of vineyards across Languedoc, Provence and the Rhone Valley. “Languedoc is still the Old Wild West,” he says. “In the Corbières Massif, on very pretty terroir, far from everything, there are exceptional Carignan vineyards at €8,000 per hectare. For generic appellations, like AOP Languedoc, Minervois and Corbières, prices run from €15,000 to €20,000 per hectare. More coveted appellations, such as Terrasses du Larzac and Pic Saint-Loup, are around €30,000 and €70,000. However, in Provence, the entry ticket starts at €40,000 to €50,000 per hectare in the Coteaux-Varois appellation. Areas like Bandol or Cassis are at €200,000. In the Côtes du Rhône prices are €200,000 per hectare for Gigondas, €500,000 for Châteauneuf-du-Pape, €1.4m for CôteRôtie and €2m for Hermitage!”

He adds: “Languedoc has very varied terroirs that are easy to find. For me, that’s the interest of the region.” 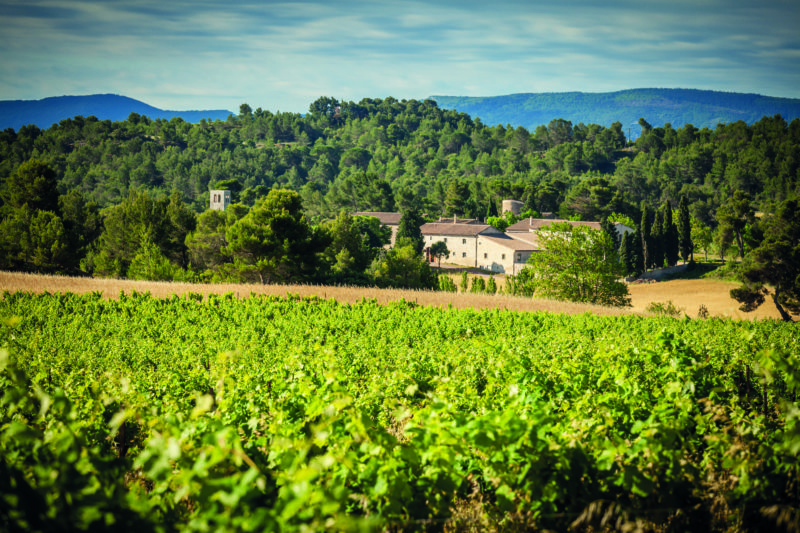 Indeed, it is not only the attractive prices which enticed French Outsider Brigitte Chevalier in 2007 to buy Domaine de Cébène, in Faugères, but the wide range of choices. “I was looking for schist soil because I think schist produces more delicate wines,” explains Brigitte, who worked for 20 years with major estates in the Bordeaux area. “I looked everywhere, even outside France, knowing that I would not have enough money to buy in Bordeaux. Finally, after three or four years of research, I was offered grapevines here, which are all north-oriented – very rare in the region.”

She adds: “I’m happy, but the danger, when you’re a stranger and settle here, is isolation. It can be difficult. For this, the Outsiders bring me a lot.”

Brought together, united and stronger after successfully building the life of their dreams, will the Outsiders ever become Insiders?

“At the end of the day, we are still British,” says Elizabeth Bowen, who lives in the centre of her village. “But we speak French, we are part of our village community and we have integrated pretty well. But whether we are ‘insiders’, I don’t know.” Graham Nutter considers himself as an outsider “technically speaking”. But he adds: “I was very well received by everybody in the area and in the village. It’s probably because I spent a lot of time and effort restoring the 11th-century chapel I own. When I finished the work, I opened it up. You have to display to others that you are willing to be open and to receive people. Otherwise, they won’t be open and receptive to you.”

Robin Williamson says he feels European. “Here is the place where we put down our suitcases and we are happy,” he explains. “Montpellier is very cosmopolitan, there are many people who are a bit like us. But if we were in a small village in the middle of nowhere, it would be a little different.” For sure, the wine itself is well rooted in the area. As Brigitte Chevalier puts it: “I make wine from my terroir – it is not an outsider’s wine. It is a wine of nowhere else, which comes from Faugères, with its roots and which speaks of the place where it lives.”