It seems like the Brexit news never ceases, with controversy in the UK’s parliament this week as Prime Minister Boris Johnson is forced to ask for another extension to the deadline. We’re hopping over the Channel to find out what’s been going on in France since last week.

President Macron has issued a warning against “stigmatising” Muslims or tarring the Islamic religion with the association of terrorism. This follows racial abuse of a woman, known only as Fatima, as she visited a government building with her son.

Meanwhile, France’s conservative party, LR, elected a new leader. Christian Jacob was elected in the first round with a clear majority, and it is hoped that he will help to reverse the decline of his party’s popularity.

Last Friday, France’s Constitutional Council discussed university tuition fees. This debate followed the levying of tuition fees for international students attending French universities, with the new fees being around 20x more expensive than before. The council ultimately ruled that free access to higher education was a constitutional right that should be protected and upheld.

Arash Derambarsh, a Paris city councillor, has slammed Carrefour and Franprix for defying the law and throwing away edible food. The law, in place since 2016, was bright in to reduce the many thousands of tons of food that is wasted by supermarkets. Dermabarsh took to Twitter to show his dismay at the rule breaking by the French chain supermarkets, saying that there was over 50kg of food thrown away illegally. 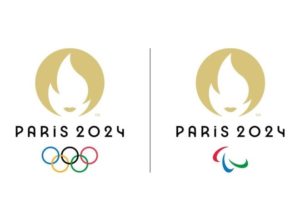 The logo for the 2024 Olympic games in Paris has been unveiled. The design features a gold medal image incorporating an Olympic flame and the face of Marianne, the symbol of France. The words “Paris 2024” underneath are in an art-deco style font, in reference to the style that was popular when France last hosted the games.

Credit Suisse’s annual Wealth Report has yielded some interesting results: while the majority of the world’s millionaires are in the US, French residents seem to be wealthier on average. The number of millionaires in France leapt by 93% between 2010 and 2019, with just over 2 million millionaires in total.

France lost their match against Wales in the Rugby world Cup over the weekend. The game was a real nail-biter, with Wales evening up the score after a loss against France in 2011.