Corsican wine: Behind the label 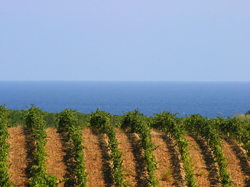 With its diverse geology and Mediterranean grape varieties, Corsica produces an eclectic array of distinguished tipples. Here we present the ultimate guide to Corsican wines.

Corsican wine producers have inherited traditions and expertise that reaches back to antiquity. The use of fine local grape varieties provide welcome relief from the tendency towards “sameness” caused by identical varieties being used all over the world.

The considerable diversity of natural sites, coupled with the seamless use of modern technical solutions, have underscored the unique character of their wines. Corsican wines have their own true style, shaped by this breathtakingly beautiful island.

With finely powerful red wines for laying down, characterful rosés, legendary muscats, and superb white wines that are amongst the finest from the entire Mediterranean region, Corsica has taken its place amongst the producers of the world’s great wines.

Climate and soils
Anchored 300kms off the southern coast of France, on the same latitude as Rome and Barcelona, Corsica’s climate is temperate. Summers are hot and dry, and winters mild.

The local winds, varied and often lively, act as thermal regulators and ventilators in the vineyard, limiting the needs for treating against fungal diseases. It is particularly favourable to the balance and quality of the grapes. This also explains that the whole of Corsica’s vineyard could probably claim the official status of ‘organic’.

Corsica enjoys a considerable variety of soil types on hillside vineyards and an amazing jigsaw puzzle of meso-climates that determine the profile of the wines just as much as do the soils. Corsica forms a sort of geological museum that includes, side by side, granites from Hermitage or Beaujolais, schists from Anjou or Côte Rôtie, and limestones from Saumur or Burgundy.

Fine local grape varieties
These have names that are reminiscent of the local language. They have largely helped to develop a strong local accent for the wines.

Niellucciu
This is the dominant variety of Patriminio and is known as Niellucciu in Corsica because “Niellu” in the local dialect means “black, dark or hard “.

Sciaccarellu
Saying “Sciaccarellu” is synonymous with saying “crisp”, like biting into a tender, fresh almond. This is the dominant variety in the granitic western region.
Nose: finesse and an unforgettable peppery bouquet, wild flowers, red fruit and spices.
Rosés made from Sciaccarellu have a pale salmon pink hue and are fine and crisp.

Vermentinu
This is a variety sometimes known as “Corsican Malvoisie”. It produces very fine wines that are amongst the best whites from the Mediterranean area. They have plenty of character. Alcohol levels can be quite high, providing lots of depth and volume.
Nose: persistent floral aromas.
Palate: after-taste of almonds and apples.