Enormous sea serpent surges out of the Loire River in France 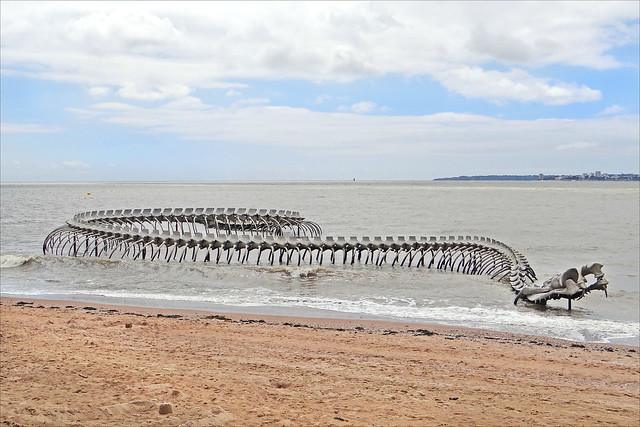 A portentous silouhette in the distance, the forbidding form of a gigantic slithering snake seems an impossible sight as it appears to be emerging from the Loire river and making its way back to land. The shape of its spine echoes the curve of the Saint-Nazaire bridge at the tip of the Nez de Chien fort, near Nantes, at point where the river meets the ocean. Chinese sculptor Huang Yong Ping’s whopping metal skeleton of a huge sea-serpent measures 425 feet (130 meters) in length, as reported by This Colossal.

On the Nantes Tourisme site:

By having a major figure from Chinese mythology appear on European shores, Huang Yong Ping examines, the notions of identity and cultural hybridity, as is often the case in his work. The environmental question is also very present in his art where he regularly exposes the paradox of the man sawing the branch he is sitting on, torn between creative abilities and destructive impulses. This is one of the many possible interpretations of this work: placed on the beach, the skeleton appears with the tide and, little by little, will be home to marine fauna and flora. 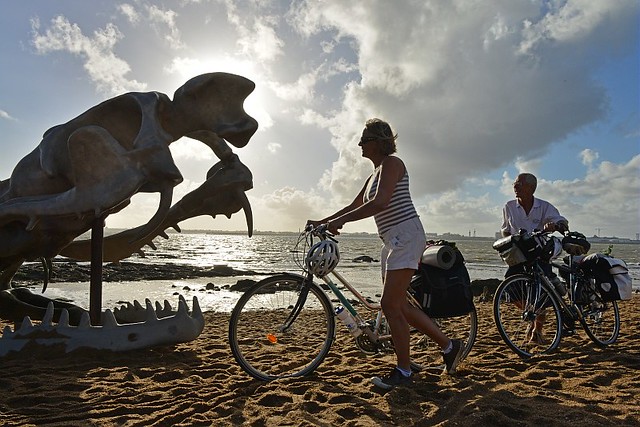 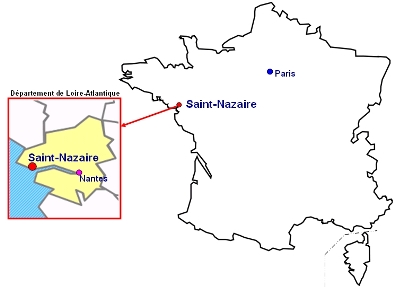