As the EU grants yet another Brexit extension, we’re taking a look at all the other news occupying the headlines in France, from the serious to the silly and everything in between. 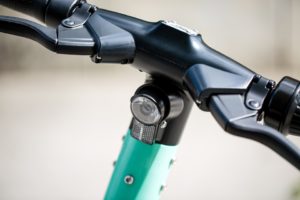 A man in his 80s was arrested in Bayonne after shooting two men in a failed arson attack on a mosque yesterday. As the gunman left the scene he also attempted to set light to a car. The shooter has not been formally identified but is allegedly a former member of the National Rally party.

Six climate change protesters are due to appear in court after stealing portraits of President Macron. The images were taken from municipal buildings ahead of the G7 summit and paraded through town as part of a civil disobedience campaign.

€5.6 billion in unpaid taxes has been recovered since January, including €945 million in back taxes from Google. This in an increase on the €4 billion recovered in the same period last year. This news comes amid reports that the French government is going to clamp down even further on tax evasion, going so far as to requisition social media records.

A Cimabue masterpiece, which was found hanging in an elderly lady’s kitchen above her cooker, sold for €24 million at auction. It is one of only ten surviving works by Cimabue and is thought to be part of a diptych.

President Macron has promised an investment of €242 million to boost internet speeds across France. The funding will be split between Côte d’Or, Nièvre, Yonne, Dordogne, Gard, Hérault, Mayenne, Orne, Somme and Tarn-et-Garonne in order to provide these departments with ultra-speed broadband by 2022.

Last week, French officials ushered in new regulations on electric scooters, to cap their speed and introduce a minimum riding age of 12. The rules also prohibit having more than one person on a scooter or circulating on the pavement. Owners have also been advised that they must fit their scooters with front and rear lamps, reflectors, a bell or horn, and adequate brakes before July 2020.

A new Asterix book is set to feature a female heroine for the first time in the series’ history. The new character, named Adrenaline, has been hailed as “in harmony with the spirit of the work, with humour, with the adventures of Asterix in general” by Anne Goscinny, daughter of creator Rene Goscinny.