French News Digest: A Pandemic Update and Puy Du Fou under the Spotlight 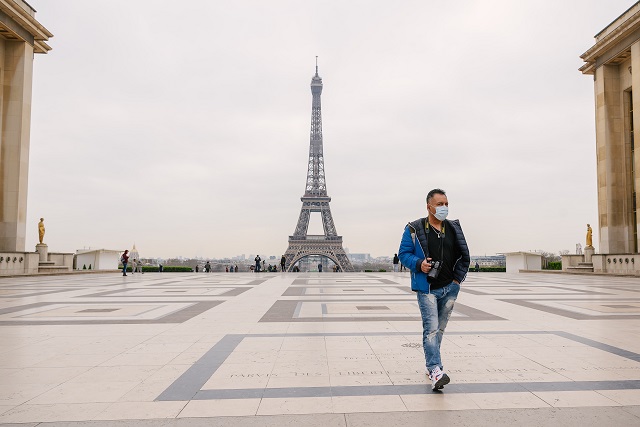 In this week’s news digest, a pandemic update, news of more mask wearing enforcement and how Puy du Fou is under the spotlight again.

In France, the latest assessment provided by health authorities concerning the Covid-19 pandemic shows at least 218,536 confirmed cases (+3,015) and a total of 30,410 deaths. On Sunday, August 16, one death was recorded in a hospital in the previous 24 hours. The number of deaths in EHPAD (care homes) and socio-medical centres is 10,505, with the next update due later today. The total number of deaths in hospitals is 19,905 (+1 in 24 hours).

This was the second consecutive day that more than 3,000 new cases were reported.

According to data from Santé Public France, 23 departments are currently in a ‘vulnerable’ situation:

France currently has 263 clusters, including 17 new ones.

Faced with the increase in the number of new contaminations, more and more cities in France are imposing the wearing of masks in an attempt to stop the spread of the virus. The decision to expand the areas in which the wearing of masks is mandatory came into force on Saturday morning in Paris and Marseille (where 130 CRS police will be sent to reinforce control measures).

If you live in Angers (Maine-et-Loire), Sète (Hérault), Toulon (Var), or in Seine-Maritime or Haute-Saône, mask wearing in certain streets, or at markets, came into force yesterday.

Employment Minister Elisabeth Borne announced in Sunday’s Journal du Dimanche that today she would propose the wearing of masks obligatory in workplaces from the end of the month (in time for la rentrée – the end of the summer holidays and return to work and school in France), notably in meeting rooms without natural ventilation. She added that masks are “probably not necessary” in individual offices, so long as social distancing is adhered to.

Borne said she wanted to “avoid new confinement at all costs”, and that decisions will have to be taken “in the coming days, so that the new rules can be applied by the end of August”.

Quarantine for UK travellers back from France

The big news for British travellers came last Friday as the UK government imposed a mandatory 14-day quarantine period for anyone returning from France. Read the full story on our dedicated travel news zone Le Staycation.

Initial reports of up to 500,000 people being in France were wide of the mark, as official figures suggested the number was closer to 160,000. Many travellers made frantic attempts to return to the UK before the quarantine began on Saturday at 4am.

The women’s clothing chain Camaïeu, whose problems were exacerbated by store closures during lockdown, and which has been in receivership since May, is set to be taken over by Foncière immobilière bordelaise, saving 2,619 out of 3,100 jobs, along with 511 of its 634 stores.

The deal was chosen in preference to an alternative takeover bid made by the company’s CEO and three of its shareholders – a deal which would have included more redundancies and store closures.

In a move which outraged many in the sports and cultural world in France, theme park Puy du Fou’s epic night show Cinéscénie was opened to 9,000 spectators on Saturday night, thanks to an exemption granted by the prefect of the Vendée region. [Public gatherings of more than 5,000 people are still banned because of the Covid-19 epidemic].

The Minister of Culture, Roselyne Bachelot, said, in an interview with Le Parisien on Sunday, that there had been no preferential treatment. The leisure park was founded by Philippe de Villiers, said to be close to President Emmanuel Macron. The Elysée has already denied any involvement.

It was, she said, the prefecture that authorised the go-ahead, under a decree published on July 10 authorising permissions “on a case-by-case basis”.

She said that the prefect’s decision was adopted after an examination “of the health protocol by the organisers and made in conjunction with the Regional Health Agency”, which ensured masks were worn by spectators and the “separation of the public into three watertight zones of 3,000 places each”.

At the end of July, as reported by FrenchEntrée, the park had already tried to circumvent the limitation by separating 12,000 spectators into three stands of 4,000 people, before bringing shows to a halt. View this story here.

Bachelot defended the decision, arguing that the situation at the Puy du Fou “is not comparable” to that of many music festivals where the public stands, “a configuration which remains forbidden today”, and that the “enormous” capacity of the venue makes it easier to keep a distance between each spectator.

She added that this was not an isolated case: “The Puy-du-Fou park has not benefited from any passes. (…) The other festivals that could be organised in August respecting the sanitary conditions (seats, distance…) were able to take place, like the piano festival of La Roque-d’Anthéron or the festival of Ramatuelle”.

However, these two events welcomed well under 5,000 spectators.

Previous Article Property Update: Young Professionals opt for Exit before Brexit
Next Article Mortgage Update: Can I release equity in my French home?