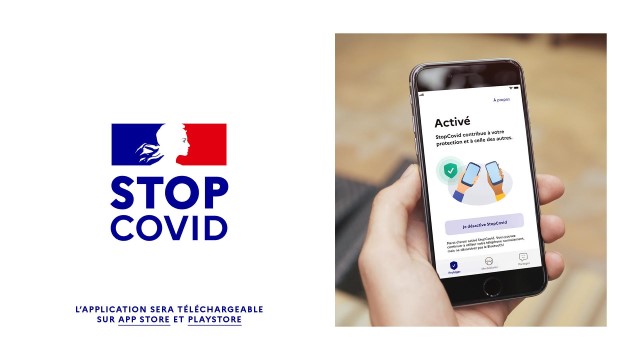 Covid-19 rates in France continue to decline, with the number of virus-related deaths in hospitals having risen by just 39 in the 24 hours to Sunday May 31.

The Ministry of Health’s earlier tally on Saturday revealed 18,444 deaths in hospitals (+57 in 24 hours) related to coronavirus. In total, at least 28,771 people have died from Covid-19 in France.

According to figures released by the Directorate General of Health, there were 1,319 patients with a severe form of Covid-19 in intensive care, six less than the day before. A total of 14,322 people are still in hospital being tested for coronavirus infection, compared to 17,185 seven days before.

You can read about the second phase of deconfinement in France, including news on ongoing travel restrictions, plus what you can and cannot do from June 2, here.

New app to be launched

France’s (non-obligatory) StopCovid tracking application will be available to download from today (Tuesday, June 2), the French Secretary of State for Digital, Cédric O, said on Sunday (and not from last weekend as he had previously indicated). “We are currently pushing the application on Apple and Google’s stores (app stores),” he said, but “there is time for reviewing it”.

All seats available for train travel

As the second phase of deconfinement approached, the Secretary of State for Transport told BFMTV that “100% of the SNCF’s offer” – meaning all seats on trains will be available – will be marketed from “mid-June”.

Jean-Baptiste Djebbari said “the restriction of one seat out of two” being occupied, which had been imposed on trains to respect the rules of social distancing, was going to be removed. However, an attestation at peak times remains compulsory in Ile-de-France “at least until 22 June”.

Vide-greniers can take place in Dordogne

Covid-19 had put vide-greniers (flea markets) on hold but as of June 2, in Dordogne at least, these street sales – that are such an essential part of French life – will be able to take place.
The prefect of the Dordogne, Frédéric Périssat, has outlined health measures to be adhered to, much like those in place food markets.

“The aim is to manage the way it is organised: the stalls will have to be well spaced out and you will have to avoid touching objects when you go [bargain] hunting,” said Mr Périssat. He says he is also considering imposing compulsory mask wearing.

Other headlines in France this week: non-Covid-19 news

As part of its plan to support the French car industry Emmanuel Macron last week announced a series of new aid measures, or changes to existing aid measures, which will come into force today, June 1.

The ‘conversion’ bonus is also changing. It still allows a premium to be paid for the purchase of a recent vehicle (including second-hand ones) in exchange for the scrapping of an old vehicle. It is now set at €5,000 if the vehicle purchased is electric, and €3,000 if it is petrol or diesel-powered.

The income ceiling for those who can benefit from these bonuses has been raised: an officially declared taxable income of less than €18,000 euros is now required, compared to €13,500 previously.

However, these measures will only apply to the first 200,000 applications. Thereafter, the previous, less generous criteria will be reinstated – so our advice is to act fast!

Better information for buyers and tenants about noise pollution

From June 1, potential property buyers or rental tenants of homes located in an area subject to a ‘noise exposure plan’ (and therefore with high noise pollution, such as in the vicinity of airports) will be required to be informed of the noise pollution status by means of an official document. The measure was voted in to law last December.

Gas tariffs, applied by Engie to some four million customers, will be reduced by 2.8% in June: 0.7% for customers using gas only for cooking, 1.5% if they use it for cooking and hot water, and 2.9% if they also heat their home with gas. Since January 1, regulated tariffs have been reduced by 25.3%, the Energy Regulatory Commission has said, against a backdrop of falling fuel prices, notably linked to the Covid-19 pandemic.

Previous Article Rules Changes Are Good News for Co-propriété Owners
Next Article Mortgage Update: “At what point am I too old for a French mortgage?”