American political upheaval has dominated global headlines for the past week, with impeachment proceedings against President Trump becoming increasingly heated, and the president himself taking to Twitter with a series of bizarre tweets about Turkey. 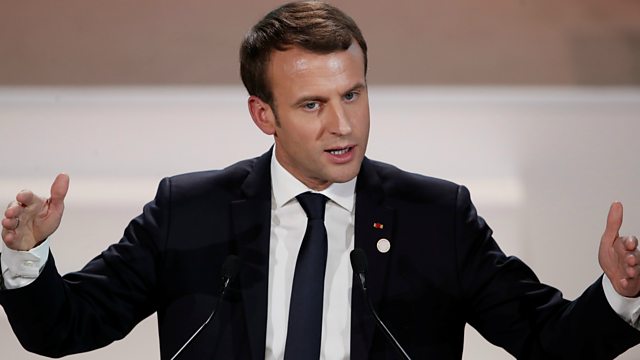 The French government is under mounting pressure to explain how signs of the violent behaviour and radicalisation of Mickaël Harpon were missed, following his quadruple murder at the Paris police HQ last week. Harpon had a sanction against him for domestic violence and was known to be consorting with extremist groups. Interior minister Christophe Castaner is resisting calls for his resignation over the incident but has admitted that “there were failings”.

With the October 31st Brexit deadline drawing ever nearer, President Macron has drawn a hard line for the UK’s negotiators. In a telephone call, Mr Macron has demanded that Number 10 delivers a workable Brexit plan for the end of the week. The Prime Minister Boris Johnson is still claiming that the UK will be leaving the EU on Halloween, with or without a deal.

The Prime Minister of France has shown support for immigration quotas, claiming that the country’s asylum system is “saturated” with applications. He also suggested clamping down on the reunification scheme that currently allows for spouses and children to enter France to join family members.

Last week we reported that a bill approving IVF between same-sex female couples has passed through the lower houses of the French parliament. Since then, protests have taken place in Paris opposing the bill, as politically and religiously conservative groups raise issues about same-sex parenting and the preservation of traditional family units. This is despite an estimated two thirds of the French population approving of the legislation.

A man who was paralysed in a serious fall four years ago has walked again with the aid of a thought-controlled “exoskeleton” developed in Grenoble. The man, who cannot independently move his arms or legs, trained in the suit for two years to master its movement. The creators now have the approval they require to proceed with further testing, with the ultimate goal being to make this technology widely available for disabled people.

On Friday, a Jeff Koons sculpture commemorating the 2015 Paris terror attacks was inaugurated near the Petit Palais museum. While some have had positive feedback for the work, which depicts a hand holding up a rainbow of tulips, it has not been met with universal acclaim. A number of critics have taken to Twitter and news sites calling it gaudy, irrelevant and reminiscent of undesirable human anatomy.

In other sculptural news, Sir Anthony Gormley is proposing a set of four “Brexit sculptures” along the northern coast of France, looking toward Britain. The sentry-like figures have yet to be formally approved but have the backing of President Macron.

A close victory against Tonga has seen France scrape through to the Rugby World Cup Quarter-Finals. The win has dashed hopes for the Argentinian team, who were hoping to be the second Pool C qualifying team after England. The Quarter-Finals stage is due to kick off on October 19th, and is set to be a real nail-biter for rugby fans.