French Resistance Heroes Inducted to the Pantheon in Paris 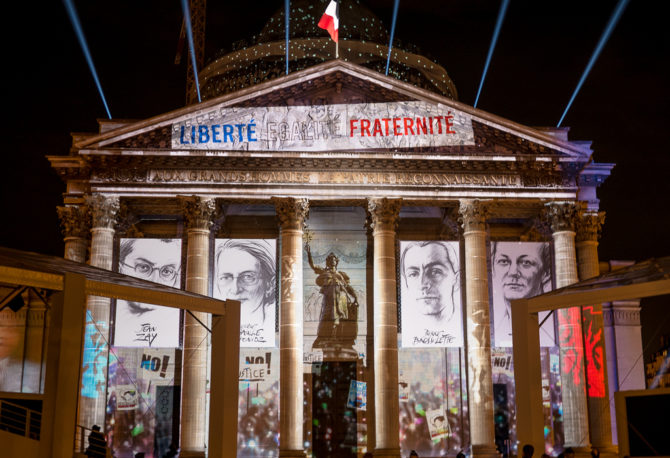 In a highly poignant ceremony on May 27, , two men and two women, members of the French Resistance during WWII, were inducted to the Pantheon. There were more than a few misty eyes in the crowd as the first chords of the haunting Chant des Partisans pulled on the heartstrings.

The families preferred not have the bodies exhumed. The coffins containing soil from the gravesites of Jean Zay, Geneviève de Gaulle-Anthonioz, Pierre Brossolette and Germaine Tillion were carried through the streets of Paris. Traffic was cut off for hours, and people lined the streets and looked out of every balcony to pay their respects. 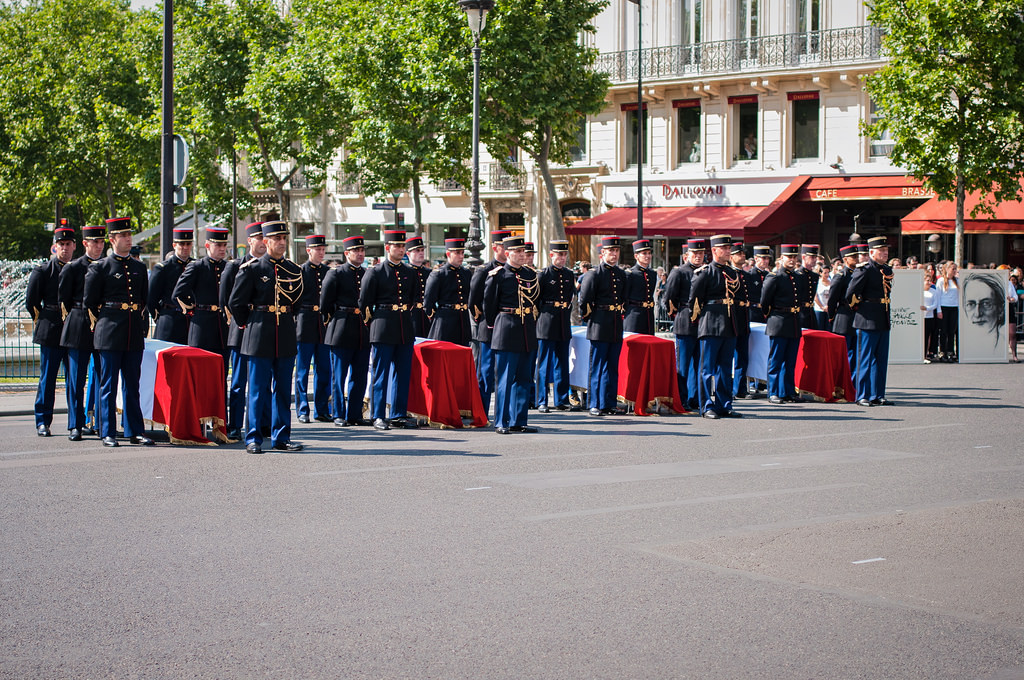 Geneviève de Gaulle-Anthonioz, niece of General De Gaulle, and Constance Riviere were part of a Resistance unit based in the anthropology museum. They were both sent to a concentration camp in Germany, survived, and remained friends for life. Pierre Brossolette was an intelligence liaison and voice of the Resistance on the BBC, he was arrested and tortured and ended his own life in order not to reveal sensitive information about De Gaulle’s Free France. Jean Zay was organizing a resistance government in North Africa. He was a victim of Vichy France, assassinated by French Militia in 1944. 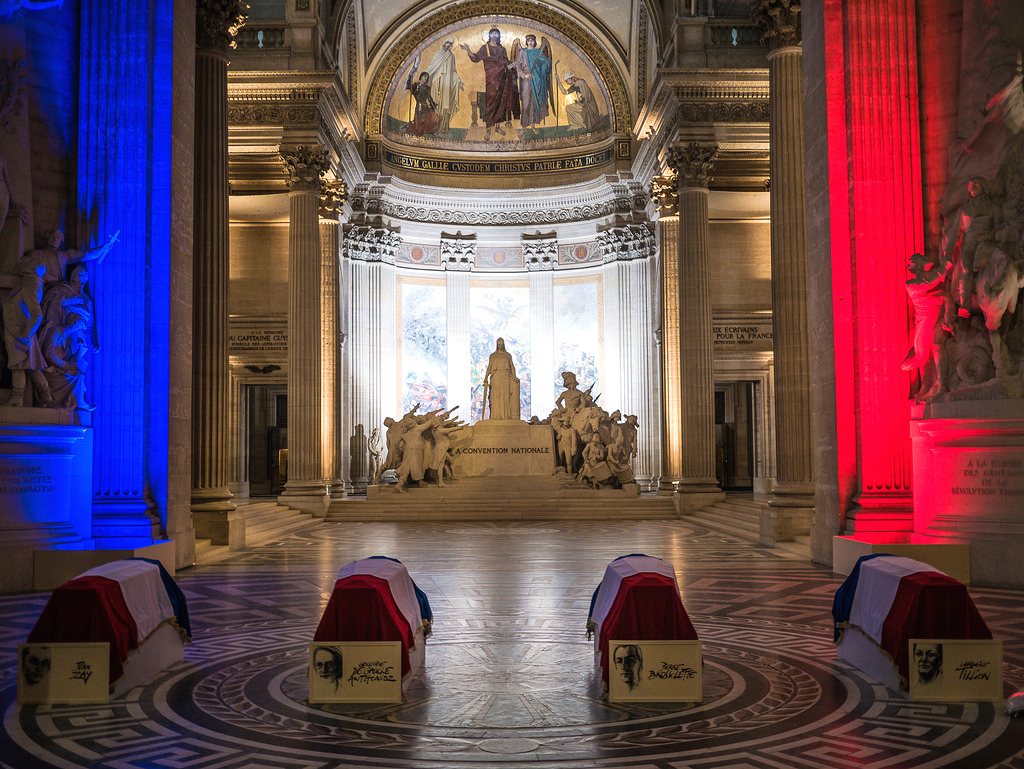 “They embodied the spirit of the Resistance,” said President Françoise Hollande, “Faced with occupation and oppression, they said ‘no!’ immediately, resolutely, clearly.” The choice of date for the ceremony was not without meaning. May 27th is the anniversary of the creation of the National Council of the Resistance, an initiative by Jean Moulin to give cohesion to the difference movements springing up all over in France during the occupation. In 2014 the Senate officially designated May 27th as La Journée National de la Résistance.

The Panthéon, in the Latin Quarter near the Jardins de Luxembourg, is fashioned after the ancient Roman institution and functions as a secular mausoleum containing the remains of distinguished French citizens such as Voltaire, Rousseau, and Victor Hugo. Until yesterday’s ceremony, there had only been one woman included among France’s most illustrious citizens, scientist Marie Curie. The entrance reads “To great men, from a grateful homeland”. Visitors to the monument will find an added interest this year. The special exhibition ‘Quatre Vies de Resistance’ tells the story of the lives of the four recently inducted Resistance heroes and their role in the fight.

Previous Article French supermarkets must give unsold food to charity
Next Article The French baguette: all you ‘knead’ to know