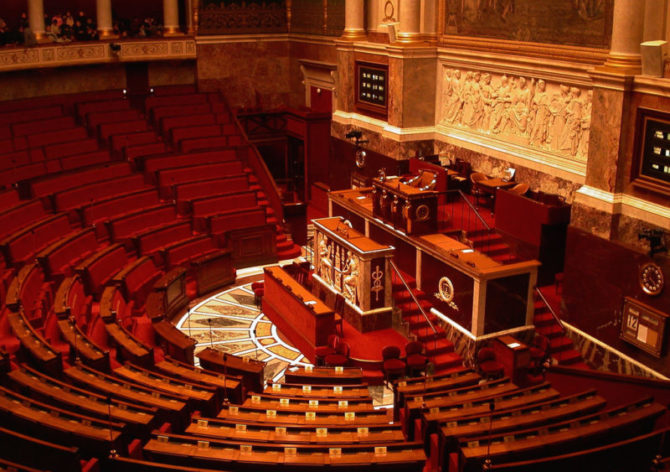 The French parliament has adopted the new surveillance law loi de reseignement in a final vote on June 24, among concerns that it may give way to mass surveillance and impinge on civil liberties. The controversial law includes the creation of a new independent government agency, named commission nationale de contrôle des techniques de renseignement (CNCTR). The CNCTR will be composed of magistrates, members of parliament and an information technology engineer.

In a statement to The Jurist, Prime Minister Manuel Valls said, “These are legal tools, but not tools of exception, nor of generalised surveillance of citizens. There will not be a French Patriot Act.” As the effect and reach of the new bill has been subject to vocal dissent and widespread speculation, the government published a ‘true or false’ list of statements on the official website to clarify the main elements of the new law.

Opposing the measure, activist Gauri van Gulik, Amnesty International’s Deputy Director for Europe and Central Asia, said, “This bill would take France a step closer to a surveillance where nothing is secret except the surveillance itself. Even journalists, judges, politicians and people who have unwittingly come into contact with alleged suspects could be subject to invasive surveillance.”

The government website states that certain professions, because of the nature of their activities and their need for secrecy, will benefit from additional guarantees, as in the case of magistrates, journalists, members of parliament and lawyers, among others.

The last hurdle for the law to come into effect could be the Conseil Constitutional – a court vested with the power to review of the constitutionality of legislation – should it decide that the law does not abide by French constitutional principles.

Previous Article Book review: The man in a hurry, Paul Morand
Next Article Five reasons to get married in France