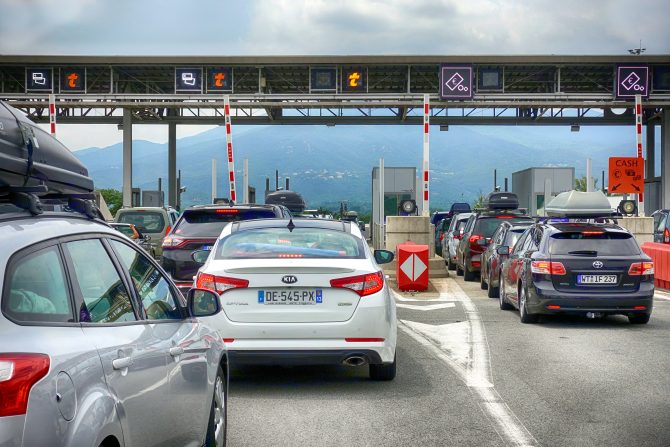 Marine Le Pen steps down as the leader of France’s far-right party, French property tax deadlines are looming, and travel expenses are set to rise in France in 2023. Here are the French news stories you need to know about this week.

Marine Le Pen, the leader of France’s right-wing Rassemblement Nationale, has stepped down after 11 years in the role. On Saturday (Nov 5th), 27-year-old Jordan Bardella took over the leadership after being elected with a majority of 84.84%.

The change marks the first time in more than 50 years that the party has not been led by a Le Pen. Prior to Marine Le Pen becoming the party leader back in 2011, her father, Jean-Marie Le Pen, had occupied the role since 1972 and remained Honorary President until 2015. Marine Le Pen lost the French Presidential election to Emmanuel Macron (for a second time) back in April, but the RN party subsequently won a record 89 seats in the Assemblée Nationale (France’s parliament).

Several announcements have been made in recent weeks concerning changes to transport and travel throughout France in 2023. First, France’s environment minister, Christophe Béchu, announced that the country’s low-emission zones, which require all vehicles to display a Crit’Air sticker and place restrictions on high-polluting vehicles, will be extended to more regions starting from next year. While the new zones have not yet been announced, he also stressed that police would be clamping down on offences, with a new automated monitoring system being brought in and maximum fines increasing to €750!

Meanwhile, transport minister Clément Beaune has confirmed that train ticket prices will rise in early 2023, the result of rising fuel and electricity costs, but proposed that a price cap (bouclier tarifaire) be put in place by France’s state-run railway company SNCF to avoid soaring prices. Beaune also confirmed increases in motorway tolls (péage) in 2023 but reassured motorists that these are unlikely to be the 7-8% increases that some media is reporting.

Finally, while we’re on the subject of travel, you may also have heard of the new EU EES and ETIAS rules being brought in in 2023. Keep an eye on next week’s newsletter, when we’ll break down what we know and how this will impact international travellers to France.

A reminder for French property owners who are liable for the taxe d’habitation property tax – the deadline for paying your bill online is November 20 (note that payments won’t leave your account until Nov 25), while card, cheque, and TIP payments must be paid by Nov 15.

The taxe d’habitation applies to all second-home owners, unless your property is rented out full-time (in which case, it will be the responsibility of the tenant). For residents in France (both homeowners and tenants), 2022 marks the last year that the taxe d’habitation is due – from 2023, it will be eliminated for all primary residences. The tax has been phased out in recent years and is now means-tested, so it will only be paid by the highest earners in 2022.

If your taxable income (the revenu fiscal de référence on your French tax notice) is less than €28,150 (for a single person) or €57,340 (for a couple with two children), you will be exempt. Those earning above the threshold will still see their bills reduced by 65% this year.

With the US dollar to Euro rate at a high, this could be a smart time for Americans to buy in France, so join us to find out more.

Don’t forget, this Friday, November 11th, is Rememberance Day or the Jour de l’Armistice (Armistice Day) in France, as it is in many countries around the world, marking the end of the First World War and honouring those who fought and died during the conflict.

Friday is a national holiday or jour férié in France, and is commemorated by military parades and memorials throughout the country, as well as the wearing of a blue cornflower (bleuet de France), which replaces the symbolic red poppy worn by most Commonwealth countries.

The most notable military parade takes place along the Champs-Elysée in Paris, culminating with a wreath being laid on the tomb of the unknown soldier at the Arc de Triomphe. President Emmanuel Macron will then lead the country in a nationwide minute’s silence at 11am (the 11th hour of the 11th day of the 11th month – the moment at which the armistice came into effect).

Previous Article Gites de France: A Thing of the Past or Are Gite Owners Missing a Trick?
Next Article Terresens UK present amazing homes in the French Alps