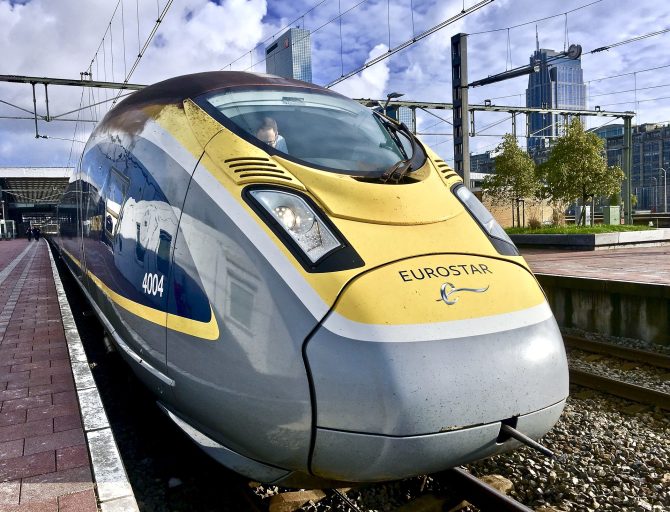 France’s World Cup hopes have been dashed, the government releases its Covid-related recommendations for the holiday season, and we’ve got the latest on the French and UK strikes taking place over Christmas and the New Year. Here are the French news stories you need to know about this week.

Reigning champions France took on Argentina on Sunday afternoon (18 December) for a hard-fought match that surely ranks among the most epic World Cup finals of all time. With Argentina 2-0 up heading into half-time (thanks to goals by Argentina captain Lionel Messi and Angel Di Maria), France fought back with two goals in the final 10 minutes (both by star French striker Kylian Mbappe) to take the game into extra time. A further Messi goal was then equalised by a hattrick from Mbappe at 118 minutes, taking the game to penalties, where Argentina defeated France 4-3.

Last night, more than 50,000 French football fans descended on Place de la Concorde in Paris to cheer on the French team as they returned from Qatar. Despite earlier reports that the team would not be making an appearance, all 24 French players, including Mbappe, greeted fans from the balcony of the Crillon Hotel. Captain Hugo Lloris told a TF1 reporter that it was an opportunity for the team to thank fans “for their support and to seek their consolation after yesterday’s pain.”

We reported in a recent News Digest on the possibility of train and airline strikes causing travel difficulties to and around France over Christmas and the New Year, and we now have confirmation of the proposed festive strikes.

The Sud-Rail union has issued a notice for strikes on Christmas weekend (December 23-26), as well as the weekend of the New Year (December 30-January 2). Disruption is possible on TGV trains throughout France (local TER services shouldn’t be affected), but it’s only ticket collectors and conductors joining the strikes, not drivers, so fingers crossed there will be minimal delays.

If you’re flying to or from France, Air France cabin crew have also confirmed a strike starting on December 22 and running through to January 2, although the airline is insisting that flights will not be cancelled as a result. There is some good news for Easyjet travellers, though – the proposed French cabin crew strike has been called off, as management has reached an agreement with the union over pay rises.

Finally, those travelling between France and the UK should be aware of the 8-day strike by the UK Border Force (December 23-26 and 28-31). Border checks at London (Gatwick and Heathrow), Glasgow, Manchester, and Cardiff airports, along with the Port of Newhaven, are all set to suffer delays, and some airlines (including British Airways) have already begun cancelling flights.

The bottom line: wherever you are travelling from, be sure to double-check your travel details before you leave and allow additional time for border and security controls.

From Thursday (December 22), government aid will be available for French households that use wood-burning stoves to heat their homes to help counteract the rising cost of wood. Up to €200 of financial aid is available for wood-pellet burners and up to €100 for log burners, and it’s payable in addition to the chèque énergie that has been issued to around 5.8 million low-income households.

The aid is means-tested, and you will be able to apply online from Thursday via this website.

Covars, the government body advising on the Covid situation, hosted an official meeting yesterday to discuss the public recommendations for Covid-19-related health measures. Despite rumours that mask-wearing may once again become obligatory, there are currently no rules in place in France regarding mask-wearing in public spaces or on public transport (hospitals and care homes retain the right to ask patients and visitors to wear a mask).

Today, Covars released its official recommendations for reducing the spread of Covid-19 (as well as influenza and bronchitis, which are doing the rounds at the moment). Here are the key points:

5. Longer days on their way

After a warmer-than-usual start to the winter, France’s recent cold snap came as a bit of a shock, but the good news is that we’re already halfway through! Tomorrow (Wednesday, December 21) is the winter solstice and officially the shortest day of the year in the Northern Hemisphere. From then on, we can expect gradually longer days and more daylight hours.

P.S. Happy Christmas from everyone at FrenchEntrée!