Napoléon Bonaparte on the French Riviera 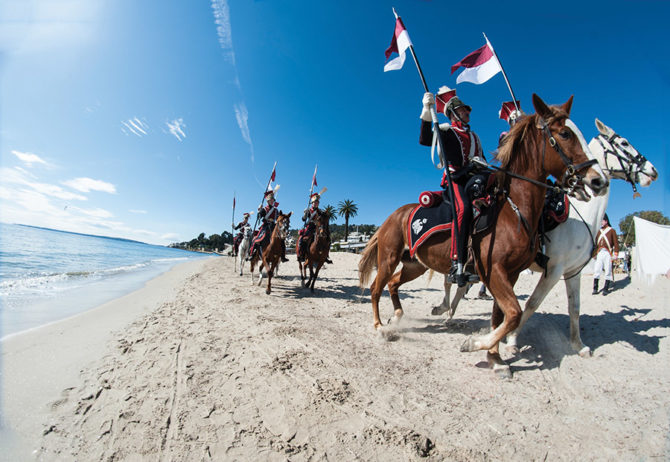 The re-enactment of Napoléon’s 1815 landing at Golfe-Juan

The Route Napoléon is clearly signposted

The Emperor is welcomed home

‘Napoléon’ rallies his troops on the beach at Golfe-Juan

A statue of Napoléon outside Laffrey

Under brilliant blue skies on March 1, 1815, Napoléon Bonaparte made his dramatic return from exile on the island of Elba. French flags fluttered in the breeze as the ‘Petit Caporal’, sporting his signature bicorne hat, disembarked on the beach at Golfe-Juan. Some 200 years after the Emperor’s return, Frank Samson – a civil lawyer from Paris who’s served as the official Napoléon imitateur for a decade – rallied ‘his’ troops on the same sands. The cannons were fired, horses trotted across the silica and soldiers then paraded through the streets, accompanied by fife and drum music. And the crowd, some 12,000 strong, went wild – “Vive la France!” 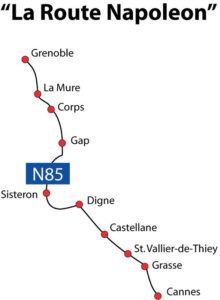 “History is more understandable when you see it in front of you,” Samson explained. Watching the re-enactment, spectators described the emotional experience of seeing the past come to life. Today, many French citizens consider Napoléon the most important figure in French history, though he remains controversial, and his legacy lives on with the legislative laws of the ‘Napoléonic Civil Code’. Though he mired the country in conflict, he was a fierce defender of democratic rights and liberties. Even beyond l’Hexagone, there’s universal fascination with this grand personnage – his charisma, his genius and the mark he left on history.

Leaving the Mediterranean isle with a flotilla of seven ships, Napoléon was able to evade the British during his secret, three-day return to French shores. “The eagle with the national colours will fly from bell-tower to bell-tower as far as the towers of Notre-Dame,” Napoléon famously proclaimed to his solders, “You will be the liberators of the homeland!”

After landing in Golfe-Juan, Napoléon marched through the southern Alps all the way to Paris – skirting hostile territory and rallying troop support as he went. He marched victorious into the Tuileries Palace on March 20, 1815, thence beginning the period known as the ‘100 Days’ before his defeat at Waterloo. 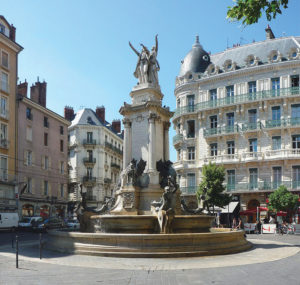 It took Napoléon a week to reach Grenoble

This legendary itinerary became France’s first touristic trail in 1932, when it opened as the Route Napoléon. Spanning some 325 kilometres of the Route Nationale 85, it’s one of the prettiest panoramic journeys that France has to offer and connects 42 communes between la mer et les montagnes. As the road winds into the hills, signs of the imperial eagle mark the way, but although it took a week for the Emperor to forge through the snow and reach Grenoble, today you could drive the route in a day.

However, the Route Napoléon makes for the perfect road trip, so you’ll want to linger and take in the gorgeous scenery. It also offers trails for hiking, cycling and horseback riding. Indeed, a ‘Route Napoléon à Cheval’ was recently unveiled, connecting Grasse and Vizille. And a new, free GPS-based app, created by Wacan, allows visitors to pinpoint their position on the route, to gain valuable historic insights and tourist information – visit https://play.google.com/store/apps/details?id=com.wacan.anern to download. “The bicentenary year will be celebrated with events throughout 2015,” says France Aouizerate of ANERN (the Route Napoléon association).

Today Golfe-Juan, where Napoléon landed, is the seaside portion of the town of Vallauris, which is known for its pottery. Picasso lived there in the 1940s and created hundreds of ceramic pieces. His art is displayed in the Musée National Picasso, housed in an old chapel where he painted War and Peace (1952). After leaving Golfe-Juan, Napoléon set up a bivouac in Cannes on the night of March 2. Though this Riviera resort town has a reputation for high-octane glamour today, back then it was just a fishing village. Cannes was more famous for its offshore islands, namely L’Île Sainte-Marguerite, where ‘The Man in the Iron Mask’ was imprisoned, and the Île Saint-Honorat, the home for centuries to the Abbaye de Lérins’s wine-making monks. The latter is situated just 15 minutes offshore by regular boat service and makes for a fabulous day trip. A commemorative plaque on the church Notre Dame de Bon Voyage marks the spot where Napoléon camped in Cannes. It’s just across from the Palais des Festivals et des Congrès, where the stars strut along the red carpet during the annual film festival.

The following morning, Napoléon passed through Mougins, the medieval hilltop village that’s now recognised as the ‘Capital of Gastronomy and the Arts de Vivre’. The Emperor famously quipped that “an army marches on its stomach” and there you can indulge in a culinary tour de force at a number of excellent restaurants, particularly during the annual September festival, Les Étoiles de Mougins. 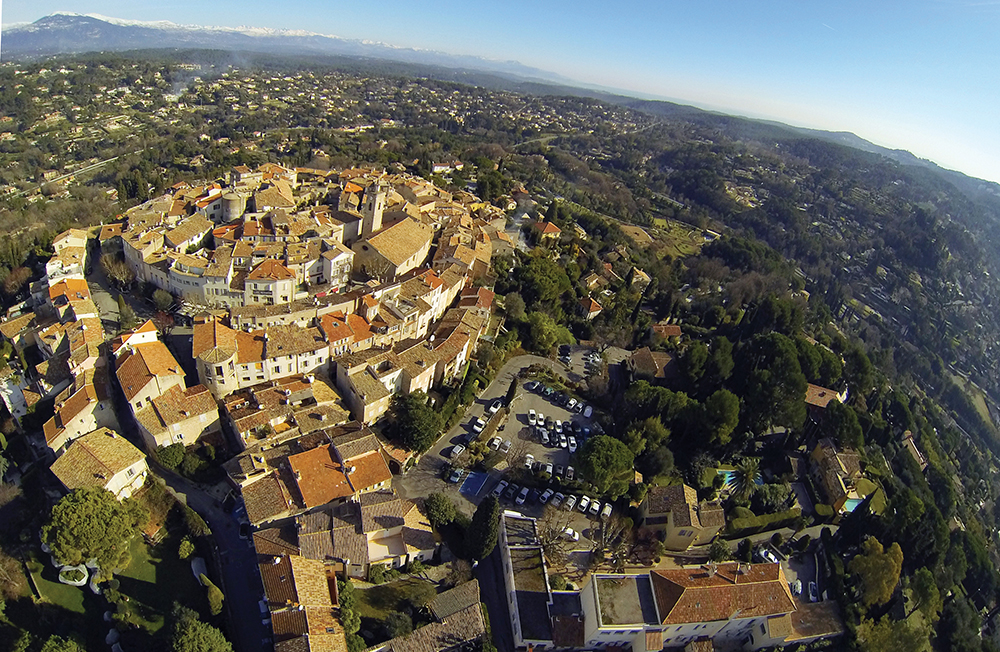 An aerial view of Mougins

In nearby Grasse, where the Emperor stopped for a break at the Place de la Foux, you can arrange a guided tour of the town. From the town’s hilltop perch, you can make out the Mediterranean, shimmering in the distance. In the 16th century, Grasse morphed into a perfume capital, and famed parfumeurs such as Fragonard boast make-your-own-scent ateliers. The Emperor was known to love cologne, carrying it with him on expeditions. Indeed, Galimard released a ‘Napoléon 1815’ cologne in May 2015, which includes subtle hints of rose and violet, to allude to the Emperor’s many lovers. These flowers are also used by local sweet makers, the Confiserie Florian, who are known for their crystallised violets. Guided tours can be arranged at the factory in Pont-du-Loup, situated just outside of town. 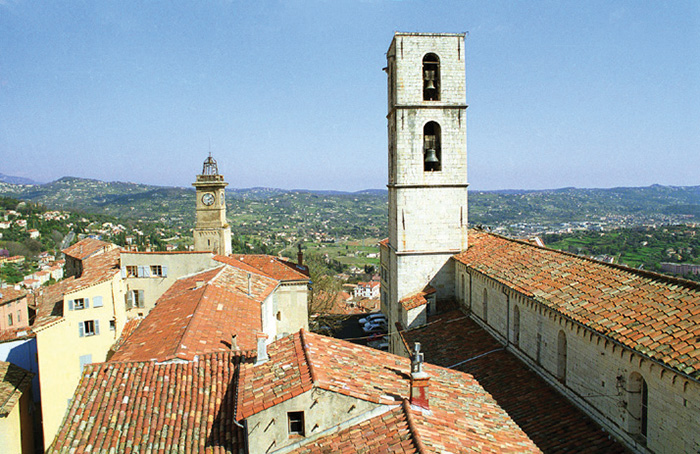 Napoléon stopped for a break in Grasse

Beyond Grasse, in the small village of St-Vallier de Thiey, you can admire a bust of Napoléon and the stone bench where the emperor took his rest. Then, as the Route climbs into the alpine foothills of the Haute-Provence, the lavender fields give way to pine forests and rocky terrain. From Castellane, you can turn off for the Gorges du Verdon, one of the region’s most popular attractions. Europe’s largest canyon, it’s flanked by limestone cliffs and the Verdon River’s waters sparkle turquoise in the sunshine. 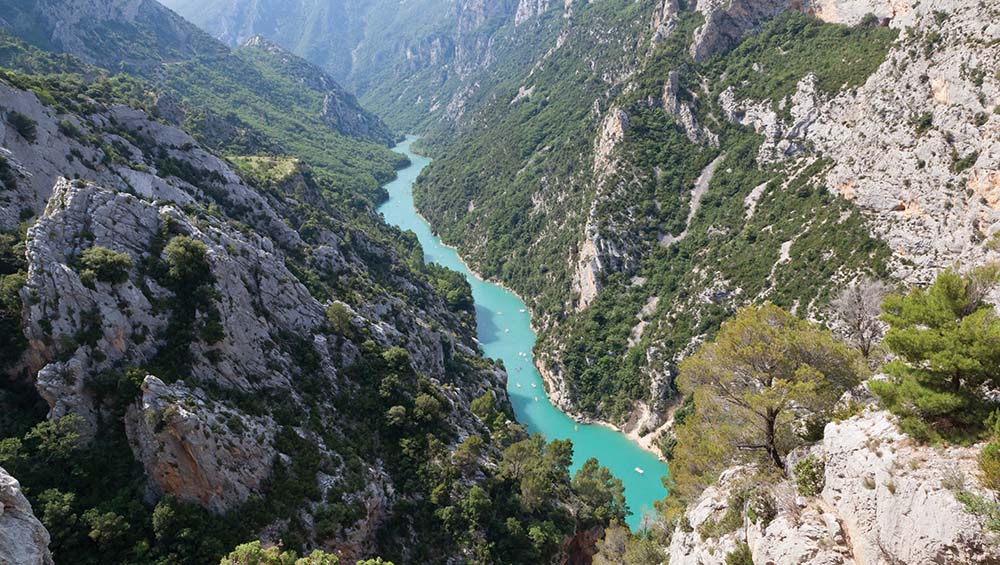 On March 4, 1815, Napoléon arrived in Dignes-les-Bains, which is famous for its thermal waters, before staying overnight at the Château de Malijai, where the Bleone and Durance rivers meet. Today, the Château serves as the mayor’s office and visitor centre. The following evening, Napoléon arrived in Gap, where the villagers welcomed him with open arms. To mark the bicentenary, Gap has unveiled a new plaque facing the Auberge Marchand where Napoléon spent the night.

In addition, the Musée Muséum Départemental des Hautes-Alpes has created a dedicated Napoléon space, to showcase the flag that the Emperor offered the villagers of Gap, period medallions and other relics. 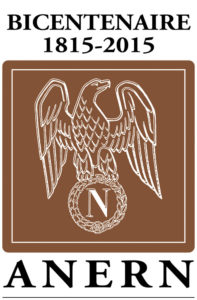 The most dramatic portion of the ‘Eagle’s Flight’ occurred outside Laffrey on March 7, 1815, when Napoléon was confronted by the royal army, which included some of his old soldiers. As they advanced, he addressed his former comrades. “Soldiers of the 5th Regiment of the Line, I am your Emperor; recognise me!” The moment was charged with emotion, the soldiers hesitating in confusion, and then Napoléon opened his jacket and said, “If there is among you a soldier who would kill his Emperor, here I am.”

The 5th Regiment dissolved in tears, embracing Napoléon. Today, an equestrian statue of Napoléon lords over the ‘Pré de la Rencontre’ (The Field of the Meeting). At this point, Napoléon said to General Cambronne: “It’s over. In eight days we’ll be in Paris.” And so it came to pass, that strenuous hike through the Alps became an easy stroll into Grenoble, where Napoleon slept at Hôtel des Trois Dauphins, which is now, most fittingly, named the Hotel Napoléon.

Vichy in Auvergne: a fête fit for an emperor

FrenchEntrée can help you find holiday cottages, villas, gîtes, chalets, and apartments for rental in France.