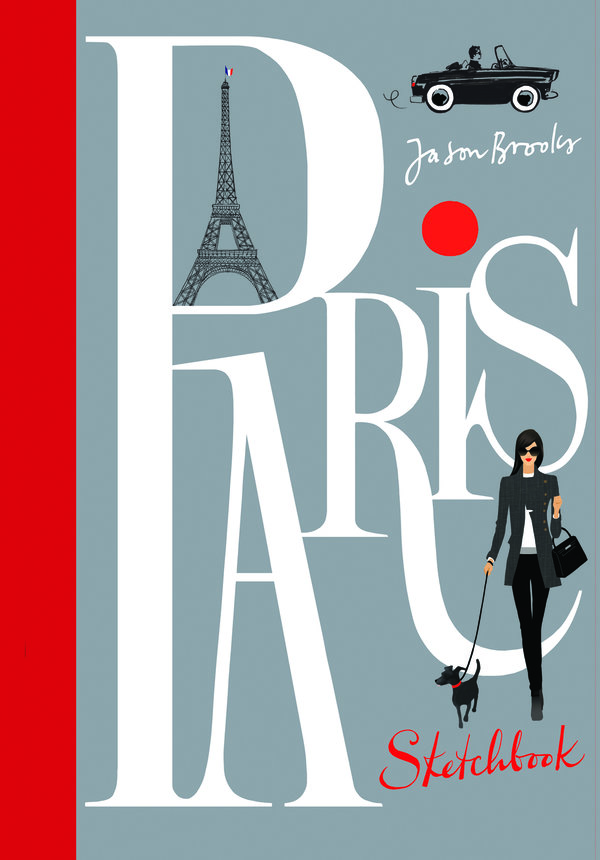 Jason Brooks discovered Paris through his work as a fashion illustrator and here he shares with us the sketches he snatched of the city around him in between couture shows. Every one is worthy of a place on your wall, if – as tempting as it was – we could bring ourselves to separate them from this beautiful book.

Jason has captured the architecture, the street cafés and the city’s shoppers (with their trench coats and their little dogs) in several distinctive styles, presenting his collection of works in pen and ink, coloured pencil and collage on an interesting mix of gloss, matt and tracing paper.

His pictures of Place des Vosges, Ladurée and Musée d’Orsay capture some of our favourite places in Paris while scenes such as those in Café de Flore will either bring back happy memories or inspire a special trip another time. In the little notes scribbled alongside each sketch, Jason offers snippets of advice, including where to find a vertical garden and which macaron provides the most classic Parisian flavour combination.

He also offers insights into his life as a fashion illustrator with sketches of Givenchy and Worth couture at some very exclusive venues.