In order to bring its driving licence format in line with European Union standards, the permis de conduire in France radically changed its look last year. Any French licence delivered on or after September 16, 2013 has a new format resembling a credit card. The old French licence was a bigger, pink trifold paper document. 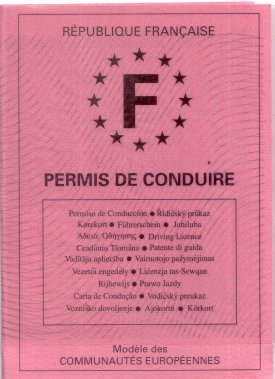 Originally the plan was for the new credit card format licence to include an electronic chip aimed at making the document harder to falsify (the driving licence is the most forged document in France). The electronic memory unit would contain the basic details of the holder, such as name, address, and date of birth. The little puce electronique, however, has eventually been found to be too expensive a system to keep up.

According to a report by Le Figaro the microchip was found to be too costly and therefore the credit card format has been retained but the chip will be dropped. The decision has been attributed to budgetary measures, necessary in these economic times that call for a tightening of the public belt.

The new format licence must be renewed every 15 years while the old paper licence used to be issued without an expiration date, but there is no immediate rush for holders of the old pink paper licence to exchange it for the new credit card version. Drivers in possession of the pink paper document can hand in their old license anytime before January 19, 2033.