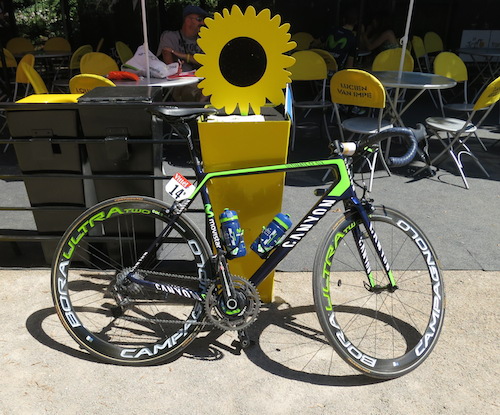 I hesitated to accept the invitation thinking there would be jostling crowds, loud music and a blur of lycra whizzing by after an endless wait. But was I ever so wrong! It was, in fact, one of the best ways to spend a beautiful sunny morning in Eastern France. Here’s how to get the best seat at the Tour de France.

Yes, of course, it helps if you have press access. But you don’t really need to, and you don’t even need to know how to ride a bicycle.

Today was the 11th stage of LeTour and it left from Besançon in hilly Franche-Comté to the pre-alps town of Oyonnax. The competition had just become wide open as two of the favorites, Chris Froome and Alberto Contador, crashed out of the race. What followed was a thrilling finale with Frenchman Tony Gallopin as the stage winner and Vincenzo Nibali retaining the lead.

The city of Besançon was a “jour de repos” point, meaning that the teams had a day of rest before taking on this stage, which is the first of two transition stages before the big climbs in the Alps. For this occasion, Besançon went all out with their welcome to participants, sponsors and the general public. Access, parking and circulation were all impeccably organized. There were no crowds, no pushing, and zero stress. 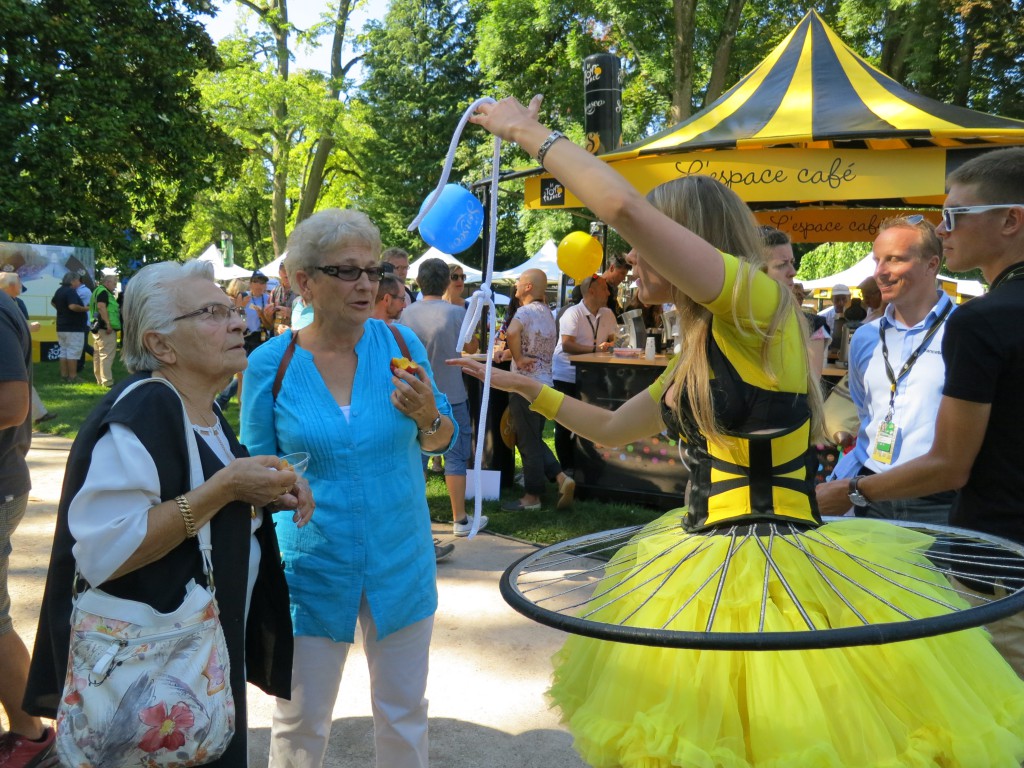 The “departure village” offered entertainment, music, and even a cooking demonstration and tasting by two distinguished Meilleurs Ouvriers de France. All was televised live by France 3, peppered with clips of the previous stages and the pertinent statistics, so you could either watch on the giant screens, or follow on your tablet or smartphone while strolling along the race track and picking up a few sponsor goodies along the way – or you could pick a spot on the soft lawn along the ample river Doubs, and have a picnic with the products of the terroir like saucisse de Morteau, Comté and Morbier cheeses, smoked mountain ham, and the ubiquitous buttery madeleines… but I digress. 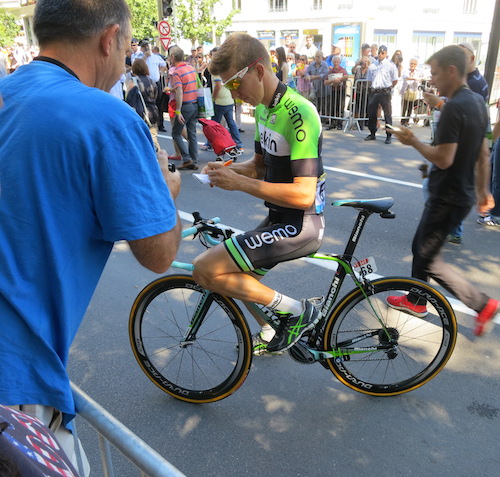 No rush, there’s even time for autographs ©SylviaDavis

Because the previous day had been a rest day, the ambiance was relaxed, everyone was smiling and friendly. On their way to the start line, the racers would stop and sign autographs and willingly pose for photos. There was no sense of urgency, no visible signs of annoyance. Like a magic trick, the whole set up was put together seamlessly and quickly pulled apart and scrubbed clean afterwards, with clockwork coordination by the experienced crew. 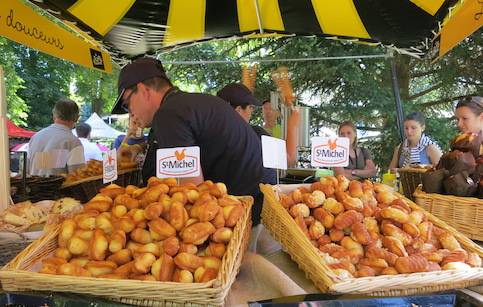 So if you want to pick a good spot to catch Le Tour next year, check the schedule to see where they have their rest day, then head out for a couple of days of fun, sporting spirit and an incredible atmosphere. You can’t go wrong if you choose Besançon. It is a beautiful city with it’s imposing Citadel high above the river, it’s just a skip away from Switzerland, has a rich history and gastronomy, and is relatively undiscovered by foreign tourism.

Thank you, Besançon, for putting together such an enjoyable Tour de France experience!