French Word of the Week: “Ennui” 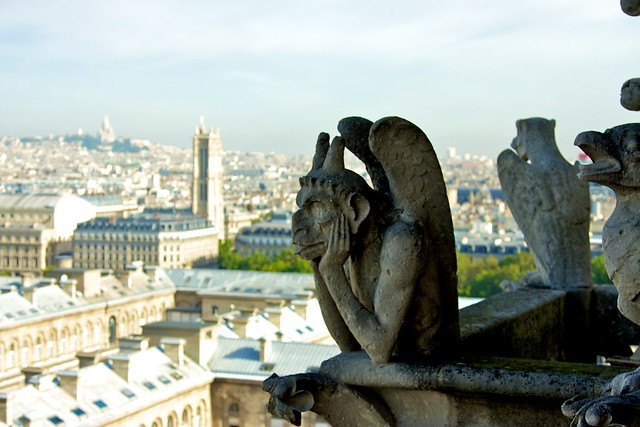 For all the good intentions and inescapable cheer, the holidays can be followed by indefinable hollowness. There’s no need to fight the feeling; you can wear it with style and choose to view it as a trés chic état d’esprit. From the unbearable lightness of being to the proverbial pain in the neck, l’ennui can describe a panoply of discomfitures.

The word ennui is often used in its original form or otherwise translated as boredom but we wouldn’t do it justice is if we left it at that. In fact just a few decades ago, ennui described a much stronger emotion, a deep sadness causing profound pain. “…des soldats qui finissent par se suicider parce qu’ils s’« ennuient » trop après leur fiancée, leur village”. (Proust, Le Côté de Guermantes, …soldiers who end up committing suicide, such is their longing for their fiancées, their village).

The word was also applied to describe a feeling of listlessness or dissatisfaction resulting from a lack of occupation or excitement. “Tout me lasse : je remorque avec peine mon ennui avec mes jours, et je vais partout baîllant ma vie“. (Chateaubriand, Mémoires d’Outre-Tombe, Everything wearies me, I barely tow my listlessness through my days, and yawn my life away). This version of boredom has a certain veil of elegance and evokes a certain delicacy of feeling.

The Economist refers to this state of mind as bleak chic, seeking an explanation to the paradox that while France is the number one tourist destination in the world, the French ranked second to lowest in a study of the levels of hope and happiness in 54 countries. The article explains that Romantic miserabilism was experienced as a form of pleasure. “Melancholy”, wrote Victor Hugo, “is the happiness of being sad.” It was treated as a noble state, a higher aesthetic condition. “I do not pretend that joy cannot be allied with beauty,” wrote Baudelaire in his diary. “But I do say that joy is one of its most vulgar ornaments; whereas melancholy is, as it were, its illustrious companion.”

Ennui is not only applied to the way you feel but also to the cause itself and it can be used to describe a myriad of irritating misfortunes. “Mlle Emma Siller a des ennuis avec son propriétaire” (Gide, Journal,Miss Emma Siller’s landlord is causing her grief). You can have anything from an ennui mécanique (mechanical trouble)  ennui d’argent (money concerns) de chauffage (heating breakdown), de santé (health problems) or, even worse, you can be assailli d’ennuis (be assailed by misfortune).

I wish you a happy new year free from ennuis…well, except perhaps for just a decorative dose of existential angst that you can elegantly carry off à la Française.