On the 90th Anniversary of the Eternal Flame, the Question Remains – Who Is the Soldier Buried under the Arc De Triomphe? 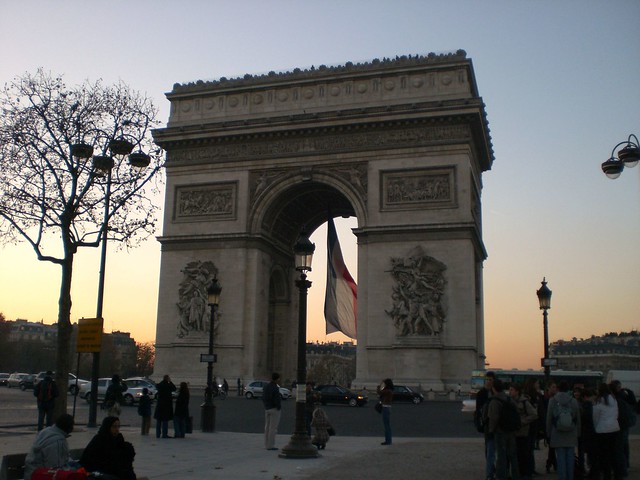 Every evening at 6.30 pm the flame is rekindled in a simple and sober ceremony. The eternal flame was first lit in 1923 marking the tomb of the unknown soldier, and has been burning steadily ever since. It signifies that the sacrifice of this heroic individual who gave his life for his country shall never be forgotten, but how was this unknown soldier selected to represent all those who died for France, in every conflict since WWI? 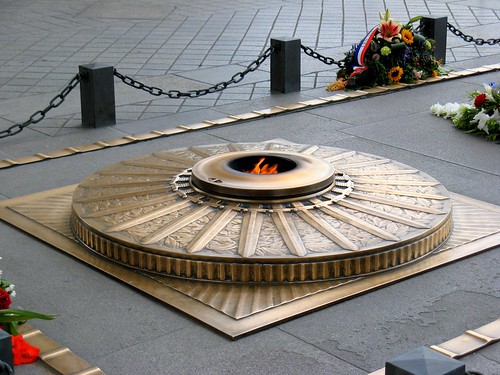 It happened in the underground citadel in Verdun, in Eastern France, just two years after the first world war ended. Verdun has a special significance in the history of WWI. It was there that the largest battle was fought, 300 days and 300 nights of incessant combat.

Under the city, a strategic point where three fronts converged, a huge network of tunnels was dug out to provide a safe underground barracks for 2000 souls, reaching at its peak 7km in length. It included offices, enormous ammunition stores, recreation rooms and a bakery with nine bread ovens that produced 41,000 rations per day. It also generated its own electricity. The fact that this underground city was never damaged by German fire gave it an almost mythical place in troop morale.

So it was here at the Verdun citadel that in November of 1920 the selection of the unknown soldier took place. The location of the tomb had already been made. The Arc de Triomphe, in Paris, on the very spot where the plaque marks the birth of the Republique. The highest honor in the land, the legion d’honneur, would be symbolically bestowed on the selected soldier.

After a loss of such magnitude, years of endless destruction and carnage, a tomb for the unknown soldier was a place to focus the collective grief of a nation and a message that this soldier was not a faceless number but a cherished, treasured and irreplaceable individual and that his sacrifice was forever recognised not just by his brothers in arms but by people all over the world and future generations to come.

To come up with a fair choice, eight bodies from unidentified French soldiers fallen in action were brought in, one from each of the main battlegrounds of Flandres, Artois, Somme, Île-de-France, Chemin des Dames, Champagne, Verdun and Lorraine. A temporary chapel was set up in one of the citadel’s tunnels. The task of selecting one at random fell on Auguste Thin, a young soldier from the 132nd battalion. He was handed a bouquet of flowers tied with a red, white and blue ribbon and was instructed to place it on any of the coffins before him. He later said that after reflection he came up with an idea. He added the numbers of his batallion 1+3+2 and therefore placed the flowers on the sixth casket. André Maginot of the fateful WWII defense line, presided over the ceremony. Today the Museé de la Citadelle de Verdun includes a solemn recreation of the scene, framing this important moment in the collective memory of the nation. 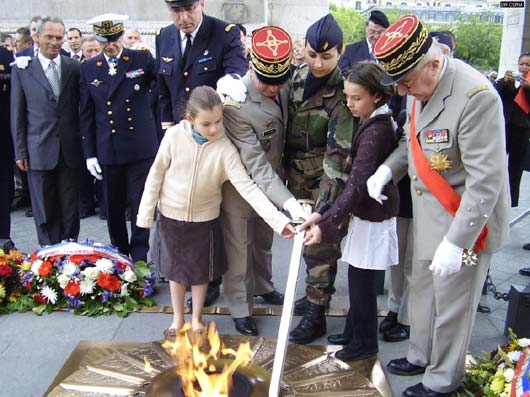 The eternal flame is rekindled (it never goes out) every day at 6.30pm by the Comité de la Flamme, a group of representatives from over 700 civic and veteran associations in France. The ceremony varies in scope according the date and whether a visiting dignitary is present, but always consists at least of the presentation of the flag, drums and the hymn to the unknown soldier, the signing of the Livre d’Or and a minute of silence in memory of the fallen.

Click here to learn more about World War I.