What to eat and where: Centre 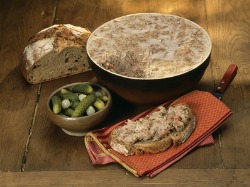 Specialities like Cendré d’Olivet (a cow’s milk cheese) and Pithiviers (a puff pastry pie filled with almond paste) take their names from the places where they are produced. But did you know that the famous French tarte tatin also originated here?

Previous Article Events in Centre
Next Article On the 90th Anniversary of the Eternal Flame, the Question Remains – Who Is the Soldier Buried under the Arc De Triomphe?