Reasons to Be Cheerful in Deux-sèvres 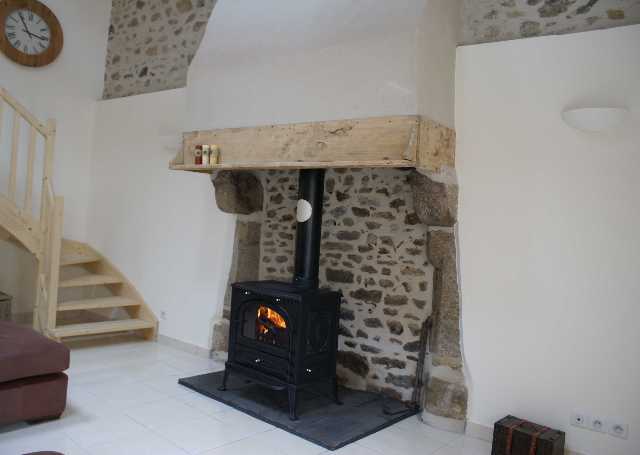 A guest post from Val Walmsley, who is the FrenchEntrée Property Finder for Vendée and Deux-Sèvres

It seems like every news bulletin you come across at the moment is all about cutbacks and inflation. Articles from the other side of the channel paint a gloomy picture of house prices falling. However, rather than the usual doom and gloom scenario so beloved of the British press at the moment – did the Royal wedding really cause a fall in House Sales last month? -this seems to be backed up by some depressing personal experiences. I heard recently that a friend’s property, in a very desirable area in the South of England, has recently been valued at £40,000 less than it was at the end of last year!

Never one to follow the crowd, I decided to spend a bit of time looking on the bright side. Admittedly, when the sun’s been blazing down for weeks on end and you’ve just spent a happy hour or two picking warm cherries in your own garden,it’s not so difficult to be optimistic…

I want to share some facts and figures about properties that can be bought in my own corner of France – without breaking the budget. If you can picture yourself living the good life but aren’t sure whether you can afford to buy, I’m sure you’ll be pleasantly surprised with what follows. Similarly, if it’s an investment opportunity you’re after, there’s good news there too.

My local estate agent friends tell me that older, traditional style houses – maisons anciennes – are still favourite purchases with many buyers from the UK and, increasingly the USA and Australia. As the proud owner of an 18thCentury farmhouse, close to the Deux-Sevrès/Vendée border I can totally understand how much this type of property has to offer. The list of features often includes:oak beams, thick stone walls, impressive traditional fireplaces, a bit of land, possibly with some useful outbuildings to be used for storage or as potential gîtes.

Figures from the Notaires de France report that the average price for a traditional property in the Deux-Sèvres region is €109.800. This compares very favourably with the average price for a maison ancienne across all regions of France which,at €192.700  is a whopping €82.900 more! They also indicate that, following a price fall of 6.5% in 2008 – 2009 , by the end of 2010 prices in the Deux-Sèvres  had increased by 4.1%.

Now, I know that these figures should be interpreted with some caution. Experience (and evidence from local estate agent colleagues) tells me that a figure of 4.1 is a little on the optimistic side but, there’s no doubt that the market here is starting to recover. What all this tells me is that now seems like a great time to grab yourself a bargain and, if you haven’t yet looked at Deux-Sèvres, I strongly suggest you do. After all, if you can secure a traditional house for a little over €100.000,for around €200,000 (just over the national average for France, remember) you could find yourself something really special.