Talk about art in public spaces, this week a Paris museum saw one for the books. Le Figaro reports that on Saturday afternoon, a security agent at the Musée des Arts Décoratifs raised the alarm when he noticed a piece missing.

The work in question was a bronze statuette created by Jean de Bologne representing Samson and the Philistines, weighing approximately 5 kilos and valued at over €300,000. Jean de Bologne, also known as Giambologna (1529 – 13 August 1608), was a Flemish sculptor, known for his marble and bronze sculptures and statues in a late Renaissance style. 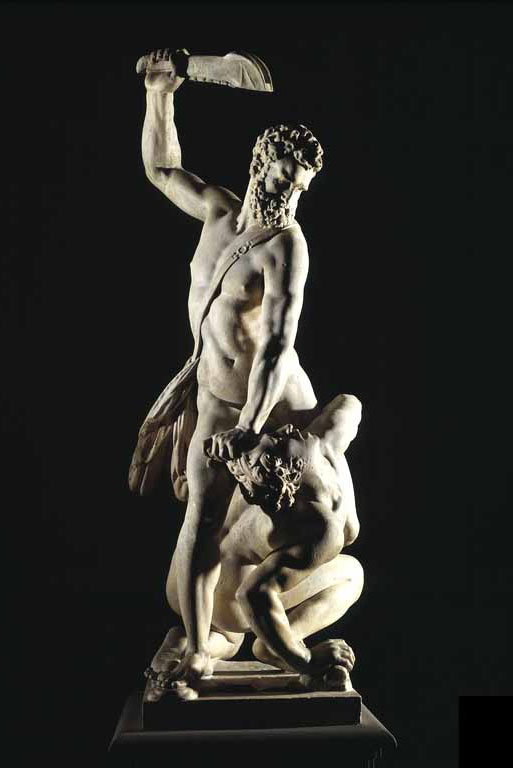 The Musée des Arts Décoratifs (Museum of Decorative Arts), a museum of the decorative arts and design, is located in the Palais du Louvre’s western wing and displays priceless French furniture, tableware, Aubusson, porcelain by the Manufacture nationale de Sèvres, glass pieces by Lalique, and works in the Art Nouveau and Art Déco styles.

Much to the security agents’ surprise, the piece turned up inside a waste bin in the museum’s public toilettes. It is likely that the wrongdoer got cold feet when the alarm was raised so quickly, and decided to drop the evidence instead of risking being searched at the exit.

Well, at least this robber had enough brain power to get away, unlike the burglar who was caught red-handed during a break-in Seine-et-Marne. He must have found this business of ransacking someone’s belongings was thirsty business, and decided to make a little mid-crime pause. Police officers found him comfortably settled in front of the TV, sipping a flute of champagne.

Previous Article Buying in France: should you go for the problem house?
Next Article Roquefort cheese from the Aveyron