Word of the Week: Le Flâneur 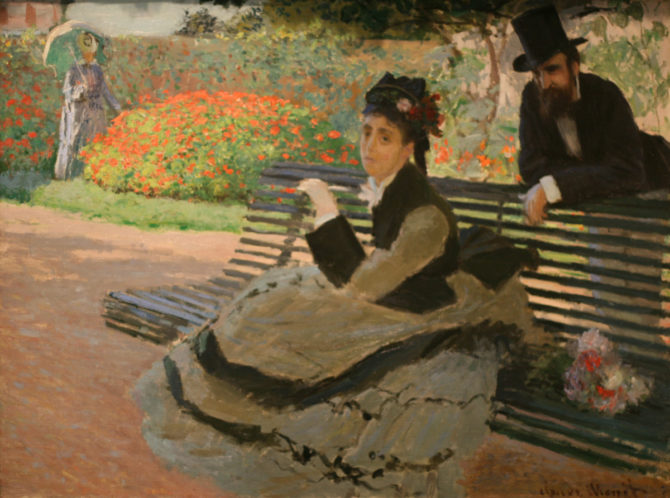 “The lover of life makes the whole world his family”, said Baudelaire of the true flâneur, the emblematic Parisian urban observer. You can find them ambling on the banks of the Seine, strolling along the boulevards, or in the unrushed cafés.
The flâneur is the connoisseur of the street, the term implies a quietly confident freedom and refinement. They mostly cut a solitary figure, and carry a book or newspaper as a prop to alight on a park bench or a sidewalk table and people-watch. There’s no city quite like Paris to practice the cosmopolitan art of flâner.

“The crowd is his element, as the air is that of birds and water of fishes. His passion and his profession are to become one flesh with the crowd. For the perfect flâneur, for the passionate spectator, it is an immense joy to set up house in the heart of the multitude, amid the ebb and flow of movement, in the midst of the fugitive and the infinite. To be away from home and yet to feel oneself everywhere at home; to see the world, to be at the centre of the world, and yet to remain hidden from the world – impartial natures which the tongue can but clumsily define. The spectator is a prince who everywhere rejoices in his incognito. ”

Frida Kahlo had a rather less lyrical opinion on the matter. Flâneur comes from flânerie so it has a connotation of wasting time, used as a term to describe an aimless idler or lounger. Before she held her celebrity status Frida received an invitation by André Breton to show in Paris at a rather inopportune time. It was 1939 and Frida was not only disappointed to find that no such exhibition had been organised, but also by what she called the good for nothing French intellectuals, that made her sick spending all their time sitting in cafes just talking. With characteristic directness, she laid part of the blame for the rise of fascism on their insouciance. Clearly not a fan of les flâneurs.

Previous Article Burgundy bites: a foodie tour
Next Article Would You like a Free Stay in Paris? I Thought So…