Owning a Property in France after Brexit 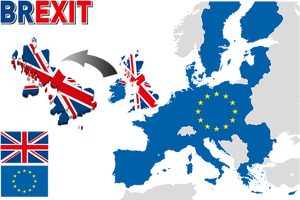 Leaving the EU will not stop British people buying homes in France – either for a permanent move to France or for holidays. Plenty of non-EU citizens – Aussies and Americans, for example – own property in France

During the transition period nothing is expected to change in terms of buying a home in France. For those planning a permanent  move, of course, access to healthcare and permanent residency are important concerns, while for those buying a holiday home, it is fair to say that not much will change. As far as travelling back and forth between the two countries the EU has indicated that British nationals will be able to visit the Schengen area (including France) after Brexit for 90 days out of any 180 days without the need to apply for Schengen visas, although they would be required to complete the online ETIAS application from 2021 onwards. Further accommodations for ease of travel may come into effect depending on exit terms and post-Brexit negotiations.

It has been confirmed that anyone emigrating to France from the UK this year will be afforded most of the same rights and benefits as anyone who moved prior to Brexit, but this is not guaranteed after the transition period.

Some different rules do apply to non-EU members.

Another aspect to keep an eye on is the potential changes to tax and social charges treatment of income from a property in France, from an SCI or holiday let, for example. British residents currently avoid EU double taxation, but until the exit terms are finalised there are still unanswered questions as to how this income will be treated in the future.

There are still numerous uncertainties for anyone planning to buy property in France after the transition period concludes. It will still be possible, but it may be that little bit more difficult than it is now.

[First posted by Miranda Ingram in October 2016, updated in February 2020]

Previous Article How does the EU Travel Information and Authorisation System (ETIAS) work?
Next Article “We Bought a Fairytale Château!” – Erin and Jean-Baptiste’s Story