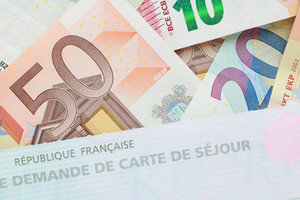 As British residents in France face a post-Brexit reality, we look at the impact concerning residence rights and the formalities for applying for permanent residence in France after Brexit

Existing British residents in France will be able to continue living in France after Britain leaves the EU. Previously as EU citizens, however, there was no obligation to obtain a residency card (titre de séjour), a document which was entirely optional. After Brexit, however, a residence permit will be mandatory. The application website is currently being refurbished, as it was tailored for a no-deal Brexit, but a new version is expected soon.

Before Brexit the consensus advice to protect resident’s rights and simplify the post-Brexit paperwork, was to obtain a titre de séjour permanent, (also referred to as UE séjour permanent, toutes activités professionnelles or carte de resident) available to residents in France for over five years which allows you to live and work in France and enjoy the same rights as French citizens to benefits and healthcare. It does not, however, grant national election voting rights or allow the resident to hold public office. While the card is ‘permanent’ in nature it still needs to be renewed every 10 years, although the formalities to renew are simplified compared to the initial application. Even if you already have this permanent EU card it is expected that once the departure from the EU becomes effective, holders of this EU card would need to exchange it for a third-country national residency card. As the Brexit deadline approached, some districts ceased accepting applications altogether, in order to reduce workload and wait for details on the exit terms.

According to the UK Government Guidance for UK nationals living in France “After Brexit, whether you have obtained a European carte de séjour or not, all UK nationals resident in France will need to obtain a new type of residence permit relevant to their situation to claim their rights. This includes UK nationals waiting for French nationality and UK nationals married to or PACsed to (in a civil partnership with) French nationals.”

In order to make this post-Brexit application more orderly and simpler for current residents, in case of a no-deal Brexit, France has set up a dedicated website to process requests for the non-EU titre de séjour card here. The site is in English and details the documentation required, which can be scanned or photographed and attached to the online application.

There are two separate paths, one for British residents who have lived in France without interruption for five years, and one for those who have set up residency for over 3 months but less than 5 years (at the date of exit from the EU).

If there’s no deal, new residence cards are expected to cost €119. If you have lived in France for at least 5 years and hold a permanent carte de séjour prior to Brexit, you will be able to exchange your current card but the fee still applies.

The card you are issued will depend on your personal situation, length of residency in France, and employment status, among other criteria. Make sure to check restrictions regarding prolonged absences from France which would amount to loss of permanent resident status.

The British Embassy in Paris has kept the British community informed about new developments on Brexit:

A more permanent step you can take to protect your right to remain in France after being a continuous resident for five years is to apply for French nationality. It is a paperwork-intensive process and requires a moderate command of the French language (intermediate B1 on the CECR language scale). The whole venture can take a couple of years or more to complete, end to end. The good news is that as both countries allow dual nationality, there is no need to give up the British passport when you become French.

During the transition period it may seem like not a lot has really changed so far, but now is the time to plan ahead. Your future could be in the balance.

Visit the Brexit zone to find out more!

More in brexit, living in france, living with brexit