A Guide to the Arrondissements of Paris 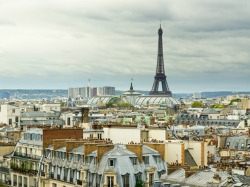 Paris is divided into 20 administrative districts, or arrondissements, each with very distinctive atmospheres and attractions. Arranged in a spiral shape which begins in Paris’ historical centre and works outwards to the more modern areas of the city, we hope to draw out the best that each of these mini communities has to offer.

The hub of Paris’ most important architecture, including Le Louvre and La Conciergerie, arrondissement 1 is the least populated although surprisingly not the most pricey region to live in Paris. It is also home to the partly underground labyrinth which is Les Halles shopping centre and is bordered by one of Paris’ main shopping streets, Rue de Rivoli.

Given its name by the Palais de la Bourse, the former stock exchange, it is one of the smallest arrondissements of Paris, ideally located for touristic endeavours.

Home to 12th century architecture built by the Knight’s Templar in the northern area of Le Marais which is much quieter than its southern counterpart but still lays claim to some great food and flea markets.

Featuring the oldest part of the city and the Cathedral de Notre Dame, the 4th is extremely lively and popular with tourists. It is also home to the trendy ‘gay’ scene in the Southern part of Le Marais, which is an up and coming area for Paris’ bohemian residents. Le Marais is also populated by a large Jewish community and the falafel here is second to none!

Although made famous by the beautiful and imposing Panthéon, the 5th arrondissement is popular with students for a different reason. Home to the Sorbonne University, the area around Rue Mouffetard is flocked to by young people during Happy Hour (normally 4pm-8pm) for an inexpensive €4 pint by Parisian standards. It is also home to the often overlooked Jardin de Plantes, which features a small zoo as well as a natural history museum.

The most expensive area to live in and extremely popular with tourists, the exclusive area of Luxembourg is home to the beautiful Jardin du Luxembourg. Visitors will also find the oldest abbey in Paris, Saint-Germaine de Prés, located in the 6th.

Possibly the most iconic of all of Paris’ districts, the 7th boasts the Eiffel Tower, Hotel Invalides and the Musée D’Orsay among its landmarks. It is also a notoriously upper-class district with a string of tempting expensive boutiques and restaurants.

If you’re looking for that iconic Eiffel Tower shot, the best views are to be found at Place de la Concorde. Walking down the famous Champs-Élysée, the Arc de Triomphe, the Palais d’Élysée and the Obelisk will also make up the visual feast.

The influence of the city planner Baron Haussman can be seen all over Paris, but never more so than on the 9th arrondissement’s Boulevard Haussman which boasts the stunning Galeries Lafayettes department store. Even on exiting the Opéra Metro station, the 9th provides a visual treat in the form of the Parisian Opera House, an ornate 17th century construction.

Enclos-St-Laurent is the best of both worlds – a quiet, residential area centring around the Canal St. Martin but with the benefits of bordering the lively 11th arrondissement.

Packed with bars and clubs, particularly around the Oberkampf area, this is definitely the place to go if you’re seeing a livelier scene in the evenings.

History buffs will be drawn to Place de la Bastille and the Colonne de Juillet which is also of huge political and cultural significance as it is often used for concerts and demonstrations.

Perhaps due to its slightly off-putting name and its nature as a more residential area of Paris, tourists are rare in the 13th. Although it features no real landmarks except the new National Library, Gobelins is also home to a large Asian population. The access to fresh, authentic ingredients for Asian cooking and its array of exotic Chinese and Vietnamese restaurants is therefore unparalleled by any other region in Paris.

The maze of underground tunnels that make up the mass grave ‘The Catacombs’ – an interesting and macabre attraction – lie beneath the streets of this seemingly innocuous area in the the 14th arrondissement.

A mostly residential area of Paris, it is the most densely populated area of the capital and the largest. The city’s only skyscraper, Tour Montparnasse is also to be found in this region.

Despite backing onto the infamous Bois de Boulogne, the 16th is a surprisingly affluent area filled with some of the capital’s highest earners. The area around the Trocadero metro stop also boasts excellent views of the Eiffel Tower over the Seine.

Although completely devoid of typical tourist attractions, the 17th is definitely not devoid of character. Popular with the ‘hipster’ crowd due to its dozens of small bars and bistros, it’s an opportunity to see the real Paris.

Popular with young, trendy buyers and renters alike, the area is slowly shaking off the seedier elements of its image, with the exception of the eye-opening Pigalle and its main attraction, the Moulin Rouge. The Sacre Coeur is also to be found here, along with the enchanting artists square located at the top of the hill.

Named after the beautiful Buttes-Chaumont Park a huge rare grassy expanse among the metropolis, the area is the cheapest of all Paris’ arrondissements to live in. The iconic Belleville area, birthplace to Edith Piaf, straddles both this arrondissement and the 20th.

An extremely diverse and cultural area, the 20th is becoming more and more popular with those on a budget. For Oscar Wilde fans, the Père Lachaise cemetery is a must.