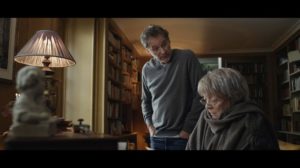 My Old Lady, a film starring Kevin Kline, tells the story of a middle-aged and penniless American who flies to Paris after the death of his father, to sell the property that he has inherited. When he gets there he finds a 92-year-old lady, played by Dame Maggie Smith, living in the flat with her daughter, played by Kristin Scott Thomas. To his dismay he discovers that they have a right to live in the valuable flat under a legal French devise called en viager in which a person sells a property for a lump sum but is allowed to use it for life, while the buyer makes regular payments during the life of the occupant. Sounds like an interesting plot for cinema?

You may have heard of Jeanne Calment, the French woman who died in 1997 at the age of 122 and is credited as the person with the longest recorded life span. Such longevity is generally a cause for celebration, but not perhaps for the man who had purchased her apartment in 1965.

Selling a property en viager involves transferring ownership of the property to a third party purchaser (like an ordinary sale and purchase) but instead of paying the full price, the purchaser (known as the débirentier) pays an annual rent to the vendor (known as the crédirentier) for the duration of the vendor’s life. It can be subject to one life (viager sur une seule tête) or until the death of the survivor of a couple (viager sur deux têtes).

A viager sale enables a vendor (who in most such cases is elderly) to receive an additional income at a time when he or she may need it most and also to remain in occupation of his or her house, if they wish. For the débirentier (purchaser) it is primarily an investment which, in the event of the premature death of the crédirentier, could turn out to be a ‘bargain’! One of the main advantages of buying en viager occupé , as explained by La Finance Pour Tous, is that there is approximately a 30% rebate on the market value of the property, attributable to the “non-perceived” rental income. It allows a buyer to have access to a desirable property that would otherwise be beyond their means initially.

The key element of a viager sale is that it is founded on a contingency, being the life expectancy of the vendor. Therefore if, for example, the vendor is extremely ill and dying the sale will be void. It is this element which gives rise to perhaps the most complicated area of viager sales which is the calculation of the rent. The basic principle is that if the vendor were to die at the average life expectancy age the purchaser should by that time have paid rent broadly equivalent to the value of the property but there are a number of different ways to calculate the rent.

If the property is sold occupied, the contract should not only contain provisions which permit a revision of the rent if the vendor is obliged to leave the property but also provisions which set out who is responsible for the running and maintenance costs. The general rule is that the crédirentier will be responsible for minor works and the taxe d’habitation whereas the débirentier will bear the cost of major works and the taxe foncière. In many cases the contract will also contain a provision for rent increases in line with an annual cost of living index.

Another factor which can affect the amount of rent paid is whether a capital sum (bouquet) is demanded or not. Although it is not a legal requirement the vendor can request the payment of a capital sum by the purchaser at the outset. Any such sum is agreed between the parties but is deducted from the sale price and only the balance is converted into a rent.

In terms of taxation, rent is treated as income rather than capital and is subject to particular tax rules which allow for a discount of between 50% and 70% depending on the age of the vendor. For someone aged 70 or over at the time of the viager sale any rent is subject to a 70% deduction such that the vendor only declares and pays tax on 30% of the rent received.

Whilst the document prepared by a notaire for a viager sale will look very similar to a standard sale document, there are a number of other provisions which a crédirentier would be wise to ensure are included.

One such provision is that a charge is registered against the property as security for the payment of the rent. Ultimately, this would entitle the vendor to sell the property at auction and recover the rent due. The charge should also secure an obligation on the débirentier to ensure that any purchaser from him or her complies with all his/her obligations in the contract.

A further provision is a clause which enables the contract (sale) to be annulled if the rent is not paid. Often such a clause may be invoked by the crédirentier if rent is unpaid for a month or more by giving notice to the purchaser of his or her intention to invoke the clause. Such clauses often provide that any bouquet and all rent paid to the date of termination are retained by the crédirentier by way of damages. The effect of such clauses is draconian in that the débirentier loses everything.

As for Ms Calment’s notaire, he died two years before Ms Calment. Adding up the lump sum and the regular payments, the buyer and his widow ended up paying more than twice the apartment’s value.

•WIth thanks to Edward Coxall,  Mayo Wynne Baxter LLP