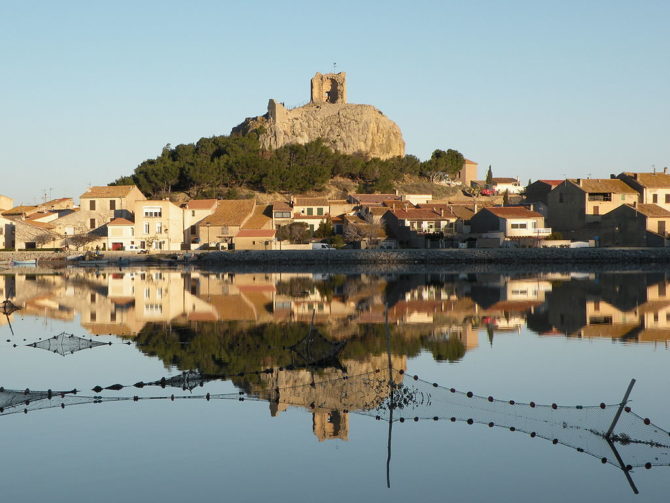 The ancient city of Narbonne is located 16 km from the Mediterranean sea, along the central-eastern edge of the Aude department in the Languedoc-Roussillon, just where the coast curves round to form the Golfe de Lion. The scenery around Narbonne is spectacular: the Mediterranean landscape to the south of the city features pine forests and rugged vineyards scattered around the mystical splendour of a series of saltwater lagoons and marshlands which lead up to the miles of sandy beaches at Narbonne-Plage; to the north-west you travel into the pretty wine producing area of the Minervois littered with picturesque villages, particularly those along the Canal du Midi which is connected to Narbonne via the Canal de la Robine which flows through the city; to the west are the wild hills of the Corbieres, home to ruined Cathar fortresses, medieval abbeys and those looking to retreat from modern living. As for Narbonne city itself, the outer edge is similar to all large cities – a not particularly attractive muddled mix of industrial, retail and residential estates. It is only when you arrive at the historic centre of Narbonne that the city really comes into its own; the canal forming a beautiful tree-lined avenue bordered by majestic apartment buildings leading to the splendour of the Saint-Just Cathedral, the Archbishop’s Palace, and and the narrow lanes and pretty squares of the old town.

Despite being the largest and oldest city in the Aude department, the once influential city of Narbonne is no longer the department’s capital and is somewhat overshadowed by the more famous city of Carcassonne. And yet, anyone who visits Narbonne will not fail to be impressed by its sheer architectural elegance, its wonderfully cosmopolitan atmosphere, and its ample cultural, gastronomic and sporting offerings. Narbonne city has weathered its changing status with class and now presents itself as a quietly independent haven of all that is excellent about the Languedoc-Roussillon: a modern city at the cutting edge of environmentally friendly technology with several government projects piloted in Narbonne; a proud city keen to preserve its historic landmarks such as the still visible section of the Via Domitia that connected ancient Rome to southern Gaul and Spain; a Mediterranean city where you can enjoy numerous water sports at Narbonne-Plage and Gruissan beach just 20 minutes from the city centre and countless other outdoor pursuits within the protected countryside of the Narbonne Regional Park; a cultured city, with regional and international arts and sports events – both traditional and contemporary – programmed throughout the year; a gastronomic paradise with its famous open air and covered markets offering the best of the region’s specialities, Michelin-starred restaurants in its vicinity and award winning wine regions such as Fitou and Minervois within striking distance. 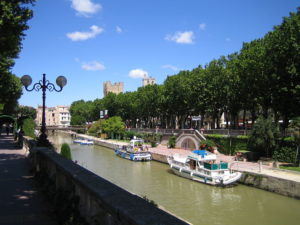 Whilst Narbonne does not have its own airport, its location at the junction of the A9 motorway meeting the A61 motorway means that its is very conveniently placed for Carcassonne, Beziers, Perpignan and Montpellier airports – all of which can be reached within an hour. There is a SNCF train station in Narbonne centre which also offers the French Motorail service, where you can transfer your car by train from Calais to Narbonne.

Property prices in Narbonne are fairly competitive for the region though as you would expect, due to its proximity to the sea the reported average price per square metre is somewhat higher than that of Carcassonne. However, this should not discourage buyers from looking at Narbonne, as there is a very wide range of property here and there are still interesting propositions to be had, plus the bonus of being so close to the Mediterranean can not be underestimated, especially if you are thinking of buying a property to rent out as a holiday home. For those looking to move permanently, Narbonne has all the amenities and facilities you’d expect from a modern city including a good range of colleges and lycees. The city centre offers stunning apartments in the grandest town houses, and on the outskirts there are new developments where modern villas take advantage of views over vineyards. The surrounding villages and small towns are also very popular with buyers keen to enjoy the south of France rural idyll whilst still having access to a city: Bages and Gruissan along the lagoons have extremely picturesque historic centres, as do Salleles-d’Aude and Capestang in the Minervois region north of Narbonne. 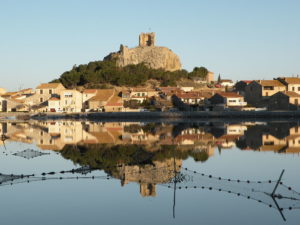 Generally speaking you can get more for your money in the satellite villages to the west of Narbonne, whilst it is true that the closer you get to the sea, the more expensive it tends to be. Thanks to its former prosperity the area around Narbonne has an excellent share of beautiful prestige property, wine domaines and restored maison de maitre.

So, whilst property in Narbonne is generally more expensive than other areas of the Aude department, you will certainly be benefiting from Narbonne’s excellent location and facilities. Narbonne and the surrounding area  is the ideal part of the department for a holiday home – right at the crossroads of the two main motorways, easily accessed from 4 airports, close enough to the beach for day- tripping, and steeped in history and culture.

• View all property for sale in Narbonne >>