Guide to property market in Prades and surrounds

For many the main draw of Prades and its surrounding villages is that the location is practically equidistant from both the skiing in the Eastern Pyrenees and the sandy beaches of the Mediterranean Sea. Some guides erroneously suggest Prades is a mere 20 minutes to the beach, but in fact the closest beach is Canet-Plage which is around 55 minutes by car, and the nearest ski slope is Font-Romeu which is 45 minutes away. But to simply state that Prades gives you the best access to both the mountains and the coast is to miss out on its other excellent qualities.

As a popular market town in the Pyrenees-Orientales department of the Languedoc-Roussillon, the most southerly department in the region, the 6000 or so residents of Prades enjoy a temperate Mediterranean climate with around 300 days of sunshine, and in the colder weeks of winter the chance to enjoy some snow too. The town has very good amenities including primary, secondary and lycée level schools, supermarkets, local artisan shops, cinema, restaurants, cafés/ bars, medical clinics, pharmacies, and small boutiques. There are farmers markets on Tuesdays and Saturdays for local produce and the town boasts an eclectic events calendar including the annual Pablo Casals chamber music festival in honour of the cellist and conductor who settled in the town after being exiled from Spain during the Franco regime. Prades is also a rather attractive town with a rich architectural history that includes the Maison Jacomet, a beautiful 15th century Tudor style building which is on the national register of historic buildings and the Chateau Pams, a handsome 17th century mansion now used as the town hall, as well as many other buildings which have well preserved facades decorated with stucco motifs laying testament to the wealth of the “Pradeens” who lived there in the 18th and 19th centuries. 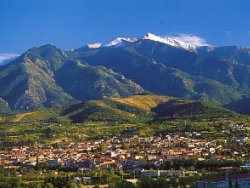 Prades, in the foothills of Mount Canigou 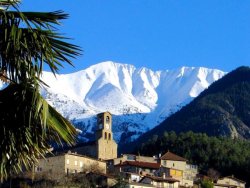 The former wealth of the Prades area, known as the Conflent, is thanks to its prime location at the confluence of several rivers affording it rich agricultural land and easy access to the Mediterranean. Prades also lies in the foothills of Mount Canigou, the highest and most sacred mountain in Catalonia, a site for pilgrimage for some and today still celebrated on the 23d June with the Flama del Canigó ceremony, where people keep vigil over a bonfire lit on the mountaintop and torches, lit form this bonfire, are taken in a spectacular torch relay to light bonfires elsewhere. The wealth of the area gave rise to many prosperous neighbouring villages. Villages such as Eus, Evol, Mosset, Villefranche-de-Conflent and Castelnou are within half and hour of Prades and are amongst those designated as France’s most beautiful villages. Also within half an hour are thermal spas at Molitg-les-Bains and Vernet-les-Bains, and access to no less than five nature reserves at Mantet, Nohedes, Py, Conat, Jujols and Nyer.

This surplus of natural facilities coupled with its easy access to both the slopes and the beaches, means that Prades is a natural haven for outdoor sports enthusiasts who will find clubs and facilities to suit every possible sporting interest. Prades is also well located for getting into Perpignan just 40 minutes away on the N116 road: the vibrant capital of the Pyrenees-Orientales provides the perfect antidote to all that sporting action with fantastic shopping in its designer boutiques and department stores, and the ever-popular combination of people watching and good food from its many restaurants, bars and cafés. Perpignan is also home to the nearest airport, served by Ryanair, Flybe and Air France, and will be home to much the anticipated new TGV link to Barcelona. There are further airports at Girona and Carcassonne, both around 1 hour 40 minutes away from Prades. 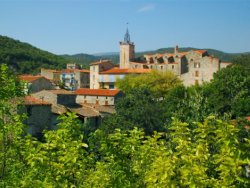 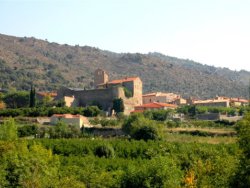 Property hunters will no doubt notice that prices in the Prades area can be a little higher than less popular areas, but may well be prepared to pay more for enjoying such an excellent location; indeed investing here is seen by many as a very safe bet as the demand to live here is unlikely to diminish. However, current times mean that vendors must be careful to avoid pricing themselves out of the market; it may be a popular area but, now more than ever, it is a buyers market. For a budget of up to €100,000 you are likely to find small barns in need of complete renovation can or small village or town houses, again in need of refreshing. A budget between €100,000 and €230,000 will get you for a three bedroom property in good condition; with houses at the top end of this budget being larger, better renovated or new, and with decent sized gardens. Larger four bedroom detached properties, both modern villas and renovated character houses, with good sized gardens can be found between €230,000 and €350,000; expect to budget at least €15,000 over this top budget for properties with swimming pools. With a budget of over €500,000 there are some rather special character houses or contemporary villas with wonderful views of Mount Canigou, large gardens and swimming pools, and for over €600,000 there are some (rare) large-scale guesthouses/ hotels or farmhouses with gite complexes, gardens and swimming pools. 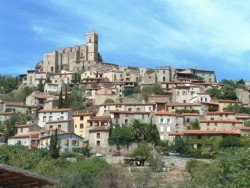 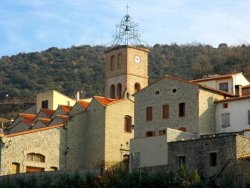 In conclusion, Prades and its surrounding area represents a sound investment, especially for those looking for access to the best of everything the Pyrenees-Orientales has to offer. It is also worth bearing in mind that properties in Prades are certainly more affordable than those further south around Ceret and the coastal Alberes area, and offer investors more year round use thanks to the proximity of the winter skiing.