Burgundy life in a ruin!

On bright sunny days the house smiles and the mud floors become a mass of honey-gold grains iridescent in the light, the panoramic view from the glassless windows takes the breath away and creates a feeling of profound well-being. On dull, cold days the mud floors, hollow windows and grey sky can plunge the faint hearted into despair.

We arrived in the Yonne on a gloriously sunny day in April in an old ex-army van containing our worldly possessions. The house looked majestic, framed by a blue sky and surrounded by a patchwork quilt of rolling hills in various shades of green and gold, stitched together by clumps of trees. The walls were pockmarked and gnawed by time, little lizards scurried and slithered over them. The surrounding land had been colonised by brambles and we had to hack our way through them to get at the front door. 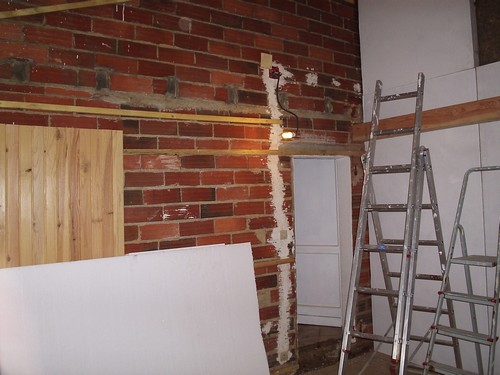 The downstairs rooms were littered with skeletons of maize which had been stored there for the last thirty years, the floors simply mud with a few broken tiles scattered on them. Upstairs was hardly better, floors with more holes than Gouda Cheese, walls yawning gaps and glorious wooden beams eaten by the dreaded worm. This, for the foreseeable future, was to be our home.

It is surprising just how quickly one can become accustomed to doing without luxuries once accepted as basic necessities. Soon we were emptying our portable loo, cooking over open fires, bathing in a plastic dustbin and using candles and oil lamps in the evening as a substitute for electricity, as if we had been living like this all our lives!

There were, of course, other aspects of life in our new home that were not so easily accepted, by me at least. Wild life is fine, I love it in safari parks on the telly and sandwiched between pages of National geographic, but I don’t enjoy sharing a house with owls, lizards, rats, bats and above all, snakes.

My first encounter with a snake was on a peaceful Sunday afternoon, a month after we had moved in. I was delighting in a recently acquired old bottled gas cooker, given to us by an English couple who had decided to return to England. An hour later I felt like joining them! As I lit the gas, anticipating the taste of Typoo that, for once, would not taste like burnt oak, I saw what looked like a moving tube. On closer inspection, it turned our to be a viper. My screams sent it wriggling somewhere else. We hunted sticks and axes but couldn’t find it’s hiding place. I had had enough and sought refuge in the roof which we were converting into a bedroom. Hiding under the duvet, I told myself to stop panicking and, anyway, snakes don’t climb stairs. Tentatively, I emerged from the covers, there it was just three feet away, slithering over the floor. My cries brought the less-than-enthusiastic axeman to the rescue and after a few attempts, the intruder lay twitching in two distinct halves, its mouth still opening and closing. Since then we have added another one to the collection together with an assortment of rats!

Keeping more traditional animals is proving to be more successful. Our chicken and duck house looks a good deal more secure and comfortable than the house we live in and has withstood some heavy storms. At present we keep the chickens for eggs while the ducks have, inadvertently become pets. Our neighbours are all farmers, breeding and killing animals is a way of life here, consequently they are philosophical about it. When the time comes I don’t know how detached I’ll be. It’s one thing buying meat in a plastic bag at the supermarket and quite another to kill and prepare it yourself! 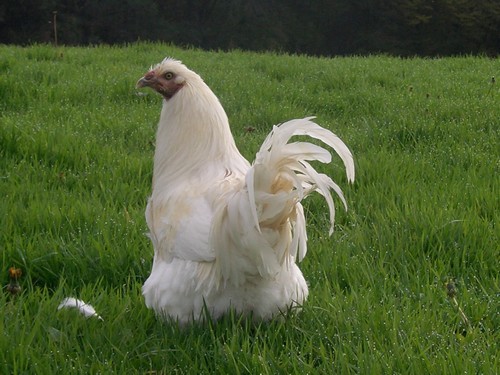 Henny Penny, who won’t be going in the pot!

My previous life as a public relations consultant in no way prepared me for the hard physical labour involved in rebuilding a ruin, probably several years on a chain gang would have been more beneficial. My first lesson in building consisted of perching precariously in the roof on stringers whilst handing tiles to my partner, who was hanging somewhere outside. I graduated from this to carting buckets full of earth while my other half laid the concrete floor, I then went on to plastering a wall, well almost. All I succeeded in doing was to create what looked like a giant cake which crumbled like a face-pack!

We have survived several months of living like gypsies and learning to do without. We learnt valuable lessons such as it works better to go for a walk than to scream and yell, and it’s healthier to say “Yes, dear” and grit your teeth than to argue. We can live our own mistakes but not with each others. If you can survive the criticism, the I-told-you-so’s and the nit-picking whilst renovating, you can face the rest of your life a stronger, wiser, more self-assured person. Character is built up along with the walls and the floors. It’s true that at times though I look at some of the newly build houses in our area and think to myself ‘wow’ it’s a lot less hassle like that! 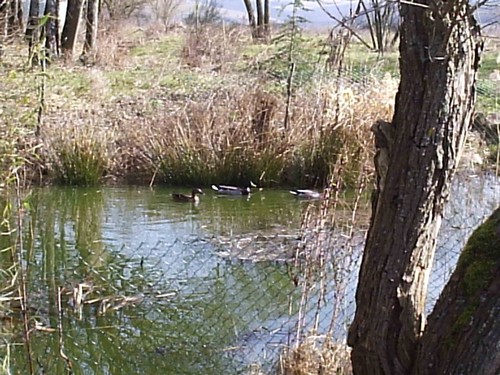 Ducks on the pond

In my mind’s eye I can see a day when the living room will no longer house wood for the winter, bales of hay for the animals and building tools: when we will have a loo that flushes and we can brush our teeth in the bathroom hand basin instead of having to bend over a stand pipe, and when we’ll have a veranda not carpets of brambles. But, in the meantime, I must collect wood… stoke the fire…plant those seedlings…feed the chickens and ducks…wash the sheets.