Living in the Côte D’Or 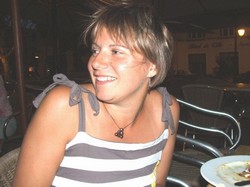 A New Life In Burgundy!

My name is Amber Kelly Turner, I am 27 and moved to Burgundy on April 26th last year with my two children, Abigail who will be seven in May and James who is four and a half.

It is a long and painful story as to why we came over here, but it is basically so I could live with my parents after leaving my husband. I had no idea what my future was going to be like. 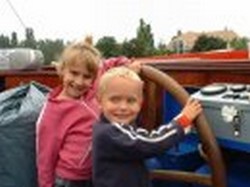 Abigail and James both go to school here now. They decided they wanted to start about two weeks after arriving here, so my parents and I contacted the nearest Maternelle and enrolled them, as there were only two months left of the school year we knew it would not be too much for them. Abi is now in CP and James is in the moyenne section at Maternelle. They both speak French all the time at school and at home speak English it is natural to them now. Obviously they don’t know everything but they know a lot more than me!.

Last year I went to work on the barges. There are many companies who run canal cruise barge holidays in France. It was by chance really, we were taking Abigail out for her birthday and decided to stop at a Creperie, there we met an English girl and we told her I was hoping to find work and she gave me the phone number for a company. 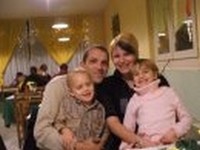 I decided to give them a call and was offered a job straight away! I was working on the Burgundy canal as a hostess/housekeeper in charge of the day to day cleaning and service of meals. It was extremely hard work but fun, I got to meet some lovely people, passengers and also crew members, one of the crew has become my partner, he speaks French to the children and myself nearly all the time which helps us all. I also saw a lot of Burgundy.

There was a downside too, I missed my children, as I was away from them for four weeks at a time so it made the job difficult. I finished the season and swore to learn more French so I didn’t have to do it again.

This year I am taking a French language course at the Greta in Montbard and go every Monday, in the class you are not allowed to speak English for two hours, everything has to be done in French!

I have also decided to start up my own company and do pretty much what I was doing on the boats but work for Gite owners, Second home owners and also help people who are having parties or special occasions as a hostess/organiser.

I have gone through a lot in the past year having to get used to a new language, new home and new people but I just look at my children and think that they are so resilient and that if, at their age, they can do it so can I. We all look at France as our home so quiet, so pretty and so much to discover.

All I can say to anybody who wants to move here is do it, but don’t do it lightly. Think about what you will do for money and do your research, but if you can, do it.

The way of life is so much calmer and relaxed nobody is in a rush to get things done. Don’t get me wrong, they work hard but they don’t see the point in working all hours day and night. They have a saying “Work to live, not live to work”.