Property for Sale in Corsica 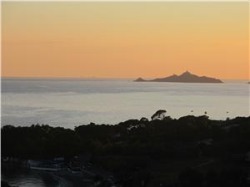 As a region of France, the island of Corsica in the Mediterranean Sea is more distinct than most. Situated between France and Italy, it even has its own language, which shares some similarities with Italian. But it is French rather than Corsican that is the official language of Corsica.

There are some wonderful sandy beaches on the coast of Corsica and fortunately, the island has the climate to support them. Hot summers and mild winters give tourists and residents every opportunity to enjoy sunbathing and watersports. Some of the best beaches include: Algajola, Arone, Cupabia, Marinella, Pinia and Palombaggia.

Further inland, Corsica is characterised by mountains and forests. Two-thirds of its surface area have been designated as a Regional Natural Park. For this reason, the island is perfect for those who like outdoor pursuits (the GR20 runs north to south) and want to get back to nature.

In Corsica, olives play an important part in the local cuisine. Other ingredients from this region are chestnuts, honey, goats’ milk and ewes’ milk cheese and various pork specialities. Jugged boar (civet de sanglier) is one of the most famous.

Whilst the wild pigs live in the forests, the mountains are home to the island’s goats and sheep. Wine farming is also big business here and there are vineyards around the region that produce good quality red, white and rosé wines.