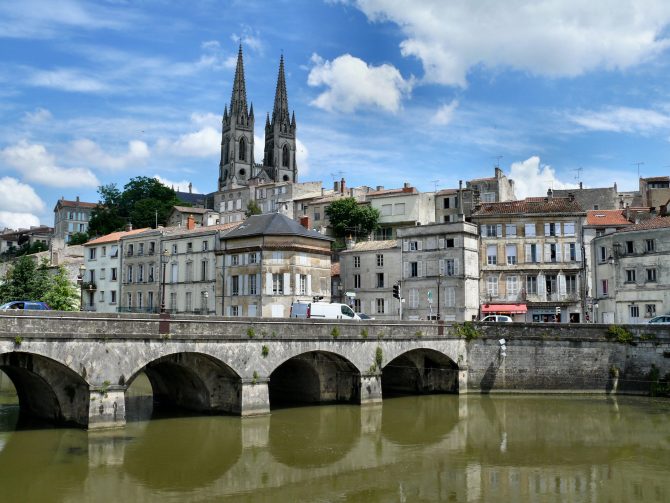 This natural haven in the west of France is often overlooked, but it offers fantastic opportunities for house-hunters. Annaliza Davis explains how this could be an ideal spot if you’re hoping to move to France.

In western France, inland from La Rochelle and within easy reach of Poitiers and Cognac, you’ll find Deux-Sèvres. It’s generally overshadowed by nearby destinations and many visitors drive through it without realising what they’re missing. However, buy a home here and you’ll be 40 minutes from the sea, a train ride from Paris and surrounded by greenery.

Come off the motorway and you’ll discover woodland, vineyards, valleys and fabulous rivers: indeed, this département gets its name from the two Sèvres rivers that help to create the luscious landscapes. Tourism is huge here, generating over €200 million a year, and visitors are drawn to the unspoilt natural beauty, the historic sites and the wetlands of the Marais Poitevin to the south. Temperature and sunshine hours are on a par with France’s national average, with the advantage that this is a great area to get outside and back to nature. As for properties, you’ll see breathtaking historic châteaux, tiny cottages, elegant townhouses and sprawling rural estates; plus everything in between!

Match the place to your pocket

Location: Where to find what you want

Niort is the top choice for city-dwellers. It’s France’s fourth-biggest financial centre (after Paris, Lyon and Lille) and home to several insurance companies and banks, as well as 60,000 residents or 120,000 if you include its outskirts. Niort’s popularity comes from its economy, access to Paris and the historic Old Town dominated by a 13th-century castle. The average price of a city-centre apartment here is €100,000, but you’ll find several from €70,000 and should consider smaller lets, as there’s a high proportion of one- or two-person households in Niort. Expect a monthly rent of around €500 for a central apartment. More than 50 per cent of Niort residents rent, so it’s a strong year-round market.

For an historic town, try Bressuire in the north of Deux-Sèvres. It’s dominated by two historic châteaux, one of which is in picturesque ruins. The 20,000 residents enjoy a wide range of restaurants and brasseries, and a strong tourism trade thanks to the major nearby attractions of Puy du Fou and Futuroscope. Two-bedroom properties start at €55,000, with a wide range around €95,000 that would lend themselves to summer lets.

Or opt for the ‘little Carcassonne of the west’, Parthenay: a gem of architecture from the Middle Ages, complete with alleyways and timbered houses. On average, properties here cost a modest €1,022 per square metre. A budget of €60,000 buys an apartment in the centre or village house and garden, while €80,000 can bag you a two-bedroom detached home with a garden.

Coulon, to the south, is home to the Marais Poitevin, a ‘Green Venice’ of waterways and wetlands attracting thousands every year. Prices are higher here than elsewhere in Deux-Sèvres, but still reasonable at just €1,414 per square metre. Coulon offers family homes and villas, from modern bungalows at around €185,000 to picturesque riverside homes for around €300,000, and plenty of outdoor activities to enjoy – especially messing about on the river.

To build your own dream home, a building plot (terrain constructible) starts at €10,000, but prices vary from €2 per square metre to €190 per square metre: it’s all about the location. As for renovation projects, you can pick up a bargain – detached stone houses for €35,000, barns for €23,500 and townhouses from €20,000 – but be realistic about costs before you invest.

As always, beware houses listed as viager because they come with a sitting tenant. It could be an option for you, but do your research carefully so you know what’s involved.

Thanks to its location, Deux-Sèvres is very accessible. The city of Niort is just two and a half hours from Paris by train. You can get to La Rochelle in 50 minutes (by train or car) and drive to Bordeaux in two hours. If you’re coming by ferry, Saint-Malo is three and a half hours north, while the nearest airport is La Rochelle.

Employment and the economy

There’s a good balance across Deux-Sèvres between manual workers (24.9 per cent), employees (26.1 per cent) and management (21.7 per cent). Unemployment (eight per cent) is slightly lower than France’s average of 9.1 per cent, and mostly affects people under 25. Regarding types of work, less than six per cent are employed in agriculture, 15 per cent in industry, seven per cent in construction and the rest work in the service industries, sales, administration, public sector and tourism.

It’s also worth noting that less than five per cent of properties are second homes here, so most residents live and work in the area, which sustains the economy.

Tony and Lynne Wigmore moved from Portsmouth to their home near Parthenay in 2017. After three years, they were so settled that they even started the Deux-Sèvres Monthly magazine. But what first attracted them to Deux-Sèvres?

“Initially, we bought a holiday home in 2015. Then a year later, we decided to move here permanently. Each time we visited it was harder to leave. We loved our French home, the simplicity, the slower pace of life and what that meant for our health.

“We’d holidayed mostly around La Rochelle, so we took a map and selected certain areas. We wanted to be within about four hours of ferries to the UK and south of the Loire Valley, as friends had told us that we’d have better weather there, but we didn’t really want anywhere too hot, or too touristy. That gave us an area to focus on. Over a couple of years, we looked at loads of houses, then ended up buying the first one we’d seen!

“Except for a restaurant, our village has everything we wanted, plus a great deal that we hadn’t listed, and many visitors say that it’s an exceptionally pretty village. We’d intended to downsize, but the house we fell for was a large, three-storey property on 2,000m², but then I’d always wanted a ride-on mower!

“About 5,000 Brits live in Deux-Sèvres, but you’d never know, as it still feels very French. The vast majority of local people are very welcoming, especially if you get stuck into community events. They like their food and wine, and outdoor activities. Deux-Sèvres is really accessible for ferries, airports and motorways, and it’s not far from the coast, with excellent weather – everything you’d hope for.”

Michelle Barlow has been an estate agent in France for ten years. Here she shares her experience on property trends in Deux-Sèvres

“The market has seen changes in the past five years, as lower interest rates triggered an increase in younger buyers, while Brexit brought an influx of UK buyers, as well as some owners looking to return to the UK. Then, as people have been working from home more, we saw a rise in demand for properties in small towns and villages. Sales have grown since 2019 and this looks likely to go on into 2022.

“I haven’t seen a massive increase in prices, although there are fewer properties on the market and they are selling closer to asking price. British buyers seem to now prefer properties that need a quick refresh rather than full renovation – particularly old stone farmhouses, converted barns and maisons de maître, which is the same for Dutch, Belgian, American and Australian buyers.

“As for property hotspots, Melle and Sauzé-Vaussais to the south are popular, along with areas around L’Absie, Moncoutant-sur-Sèvre and Coulonges sur l’Autize to the west; while to the east and south of Parthenay there is demand for villages such as Ménigoute and Les Forges. Those with smaller budgets should focus on the countryside around Saint-Maixent-l’École, Parthenay and around Bressuire in the north.”

Dreaming of moving to Deux-Sèvres?

Having found out a little more about Deux-Sèvres, do you feel that this could be the location for you? If so, browse our property pages

Properties for sale in Deux-Sèvres