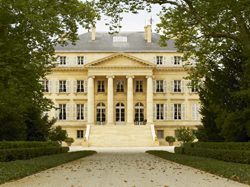 It’s perhaps the most prestigious winemaking region in the world. Tom Gilbey looks at the celebrated wines of Bordeaux.

Widely regarded as the most majestic and mighty wine producing region in the world, Bordeaux is certainly the largest. It dwarfs its closest competitor in the world of fine wine, Burgundy, spanning the whole of the department of the Gironde.

Bordeaux is largely famed for its red wine production although it produces some of the most exquisite white wines money can by, both dry and sweet.

Climate and soil
Bordeaux enjoys a maritime climate, tempered to no small degree by the influence of the sea, the Gironde estuary and both the Dordogne and the Garonne rivers. The winters are cold and the summers just that little bit warmer and more consistent than here in Blighty. It’s the soil, however, that gives Bordeaux it’s huge variety of wines and its supreme quality in so many different locations and aspects.

It is these three grape varieties, Cabernet Sauvignon, Merlot and Cabernet Franc that form the basis for 99% of the red wines coming from Bordeaux.

The Cabernet Sauvignon wines from the left bank will have structure, tannin and purity of blackcurrant fruit in their youth and in good vintages will age well for a number of years. When mature, the best wines will develop a cigar box-like bouquet yet retain their fruit and reveal the magical terroir of their appellation. The Merlot or Cabernet Franc wines of the right bank will be approachable sooner, revealing ripe fruit that’s a bit more plum-like, slightly fleshier and slightly sweeter.

South of the city
From Pessac you’re in Graves, home of some wonderful white wines made principally from Semillon, Muscadelle and Sauvignon. These are fresh, citrusy, ripe and fleshy wines with a waxy texture, body and balance in the best of them. They’re best enjoyed within their first three years of life.

Sauternes and Barsac
Heading further South East along the Garonne river we reach Sauternes and Barsac, home of some of the finest sweet wines in the world. These wines are made from grapes left to become super ripe and indeed rotten. This dry rot shrivels the grape, concentrating the sugar.