Doctors who traditionally recommended a week or two in the Alps to improve the health of patients who would benefit from the fresh mountain air are just as keen on the region these days – but as a prescription for financial benefits.

The London office of leading French Alpine developer MGM reports that, in the current climate of uncertainty in financial markets, doctors and other medical professionals have been in the vanguard of those who are cash buyers investing in ski properties in the region. Typically they include dyslexia specialist Christine Birch (see case study below).

“Second homes in traditional French mountain resorts which annually attract skiers, walkers and others who enjoy the year-round outdoor life are regarded by many as much safer havens for investment in bricks and mortar that those in sunnier climes devastated by the Euro crisis,” says MGM’s Richard Deans.

In recent months MGM’s London office has seen a marked increase in the number of older buyers happy to spend around £450,000 to £500,000 in cash to secure three-bedroom ski apartments in French ski resorts.

“These are buyers who do not have to worry about applying for mortgages because they already have the money they need,” says Richard. “Some have been saving it over a period of many years or they have reached an age where they can receive and re-invest a pension lump sum. In other cases elderly parents have died, leaving their grown-up children an inheritance to spend on themselves.” 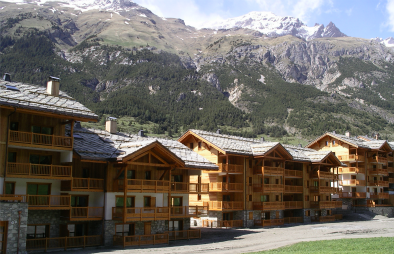 In addition to those in the medical field, cash buyers of MGM’s properties include other professionals, the owners of service businesses and fund managers who no longer need to worry about risky mortgages and are happy to put their money into long-term investments.

Among locations proving popular are five ski resorts in which brand new MGM apartments are complete and ready for occupation now.

The new apartments are in the ski resorts of Châtel, Flaine, La Rosière, Les Carroz and Val Cenis. Prices range from €190,000 to €450,000 depending on the size and location of the property. For details visit www.mgmfrenchproperties.com 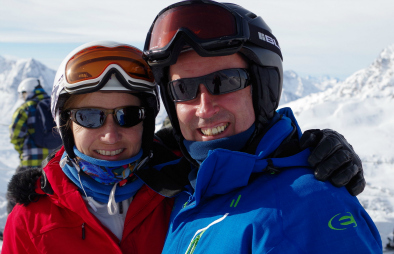 Among recent cash buyers of MGM apartments in the French Alps are dyslexia specialist Christine Birch (52) and her IT consultant partner Steve O’Carroll (53).

The couple, whose home is in Slinfold near Horsham in West Sussex, have bought a three-bedroom leaseback apartment at Le Chalet de Flambeau, a résidence de tourisme at Val Cenis in the Haute-Maurienne, close to the Italian border.

Christine, a partner of London-based Consentia Education – which provides on-site assessment and training services to support academies and independent schools whose students have special educational needs, such as dyslexia and dyspraxia – is a qualified specialist teacher who has a wealth of knowledge and wide experience in the field.

She is also a professional ski instructor and was keen to buy her own ski-in, ski-out apartment. Christine inspected and dismissed a number of options in several locations before Steve read a newspaper article about ‘little-known but up-and-coming Val Cenis.’

“We went to look at Le Chalet de Flambeau and discovered that the quality of MGM’s development was far superior to others we had inspected,” recalls Christine. “When we found that we could buy a three-bedroom apartment for the price we would have to pay for a two-bed elsewhere, we decided that this was the place for us and our six grown-up children.”

Christine paid €302,000 for her apartment, excluding French VAT at 19.6 per cent, waived under the leaseback scheme [effective January 2014, French VAT increased to 20%].

“Not only is this a good deal but I was attracted by the convenience of the leaseback arrangement,” she said. “Management and lettings are taken care of for us and MGM’s professional and helpful approach made the buying process very easy.”

Demand for properties at Le Chalet de Flambeau has been consistently high and, for buyers, the value of their investment is rising significantly, according to Richard Deans in MGM’s London-based UK sales office (telephone 0207 4940706).

Now all but eight of the 197 apartments built at Le Chalet de Flambeau have been sold. Prices of those still available start at €217,000 for a one-bedroom apartment rising to €305,000 for a three-bedroom property. These prices exclude VAT, waived under leaseback.