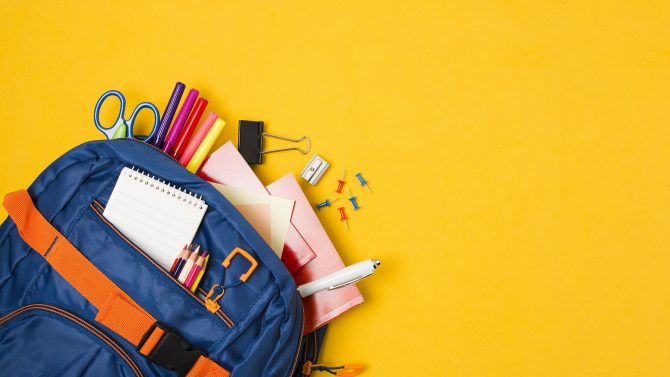 Much of the information available about French education prepares you for the procedures and helps you understand how to settle your children into school in France. However, there are some aspects about moving your child to France that are rarely mentioned and certainly don’t feature in the fantasy ‘new life in France’ TV programmes that dominate British viewer’s screens. If you’re considering bringing up British children in France, these five ‘reality checks’ will make sure you know exactly what you’re getting into!

1. You are altering part of your child’s identity

Your child will naturally develop elements of French identity after their experiences in school in France. How much this changes them depends on the age at which they enter the system and the duration of their stay.

– Children coming to France as infants will have little memory of their former country and their identity, language and learning skills will be almost entirely shaped by the French system. You may imagine that you have, for example, a British child going to school in France, but in fact you will soon have a French child with British parents.

– Children coming at 6 or 7 will have a stronger sense of identity with their home country and they are therefore more likely to feel a dual sense of cultural and national identity.

– Older children and teenagers will have a strong identity with their home country and will tend to regard schooling in France simply as a new experience. The degree to which they adopt French customs and attitudes will be determined more by environmental factors, their character, the length of stay and how happy they are at school.

2. You are going to become an English teacher

For younger children entering French schools there will be the challenge and satisfaction of learning a new language and starting to communicate with teachers and friends without the use of their native language. What you may not realise is that their English language ability will almost certainly deteriorate to some degree as their French improves.

This will obviously vary with age, but unless you are determined and able to teach them the finer skills of English grammar, spelling, comprehension, etc, then you will need to get outside help and/or buy books and tapes to help them. Don’t expect the English language taught at French schools to be any substitute for what they would have learned at school or amongst other English-speaking adults in their native country.

3. You are going to need to learn French to a very good level to help your child’s education

You may think that learning French will be valuable for chatting with neighbours, shopping, travelling – and, of course, it will be essential just for getting by. But more important than these things is the fact that you will not really know how well your child is doing, how well they are speaking and learning if you only have basic limited French.

Conversations with the teachers will be in French and your child may prefer speaking French and be reluctant to discuss school with you. Is your child speaking sloppily or poorly? Are they using slang and strong local accents? Are they being cheeky to you? How will you know?

4. Prepare for problems if your child has dyslexia or learning difficulties

Although things are improving, the French system has not developed to anything like the same degree as the UK, for example, in its ability to provide for children with learning difficulties. In particular there is very little understanding or provision for children with dyslexia in France.

There is a tendency in the French system for teachers to accept that under-achievers will remain under-achievers and therefore there is a danger that children with learning difficulties will not be recognised as such, but categorised as slow or unwilling to learn. If your children have any problems of this nature, you should investigate at great length the schools and teaching practice in your chosen area of France before embarking on any move – read our article on children with dyslexia in France.

5. The French education system has certain characteristics that will not change

If you are not familiar with French state schools you may find the process and procedures involved mean you are unaware of some essential differences when compared to the UK system. Although it is dangerous to generalise, these differences could be summarised as:

– Greater rigidity and conformance to standard curriculae across France

– An expectation that there will be over and under-achievers

– Higher degree of respect for teachers and authority (expected from pupils)

Finally, none of the above is intended as a criticism of the French educational system or to deliberately put people off their plans. It is intended to make people aware of some important issues they are likely to encounter but may not have thought of. A similar reality check would apply for French people considering taking their children to live and go to school in Britain – it would make for interesting reading.