Taxes in France After Brexit: 2021 Onwards 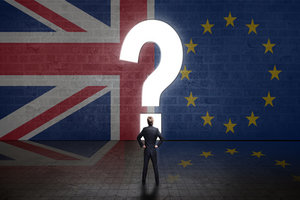 Will the UK’s exit from the EU affect your French tax and social charges in 2021? Will your pension be taxed differently if you live in France? Will second-home owners in France now be liable for capital gains tax if they sell? We take a look at some of the key changes to taxes in France after Brexit.

No Changes for Those Living and Working in France

Whether you are living in France in 2021 or plan to move to France in the future, Brexit is unlikely to affect your tax situation. If you are resident in France for tax purposes, you will be liable to pay French income tax, social charges, and other taxes according to French law.

The double-tax treaty between France and the UK (which prevents residents from either country being taxed twice on any income) remains in place, regardless of the UK’s exit from the EU. Just as before, if you receive foreign income, you will be taxed in your country of residence. For example, a British person resident in France and receiving income from a rental property in England will pay tax on that income in France.

Business owners importing and exporting goods or services between the UK may be affected by changes in VAT/TVA laws – visit the European Commission for more information.

Retirees in France: How Will Brexit Effect Tax on Pensions?

If you’re a retiree in France after Brexit, you will continue to be taxed on your UK pension in your country of residence (i.e. France) and this won’t be affected by Brexit or the Withdrawal Agreement. Pensions will continue to be exempt from social charges for retired people covered by the S1 form (read more about this on our Healthcare in France After Brexit page).

Pensioners will still be able to transfer their pensions into a Qualifying Recognised Overseas Pension Scheme (QROPS) after Brexit, but the rules regarding QROPS could now change. Currently, transfers to EU/EEA-based QROPS are tax-free, but there is a 25% transfer charge to other overseas countries. Now that EU regulations are no longer in place, the UK government could opt to extend these charges to EU transfers.

If you are a UK resident with a second home in France, the biggest changes will come if you decide to sell your French property. From January 1st, 2021, EU exemptions will no longer apply to UK owners. This means you will be required to use a French Fiscal Representative (représentant fiscal) if you wish to sell your French property. It also means UK residents will be liable to pay the full rate of France’s social surcharges (prélèvements sociaux) – a lofty 17.2% compared to the reduced rate of 7.5% for EU residents.

Keep checking this page for the latest news on taxes in France after Brexit or head to our Brexit zone to learn more about living, travelling, and buying property in France from now on.