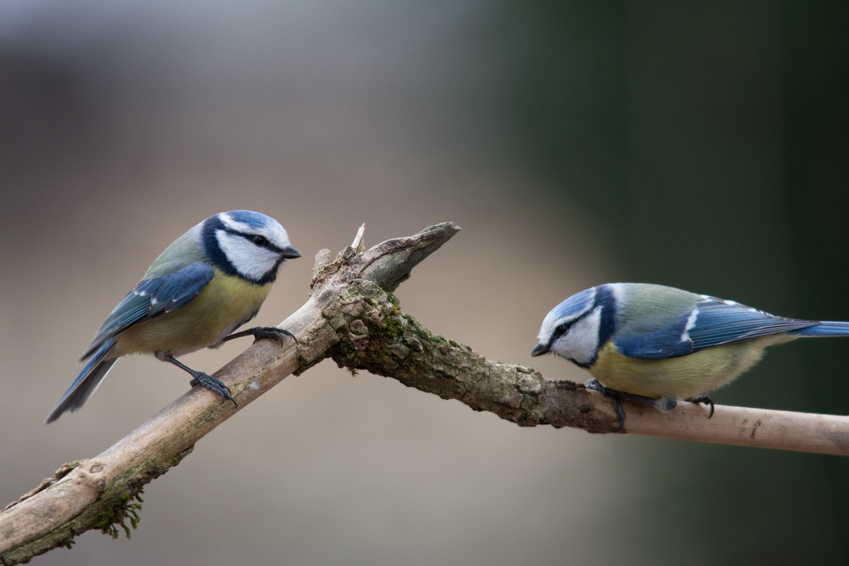 The French countryside, towns and villages may seem full of enough food sources to satisfy most garden birds. But in winter – and especially in cold spells – they can still benefit from human help.
A spokeswoman for the French NGO Ligue pour la Protection des Oiseaux or LPO, said that there is not always a need to feed in the autumn when food is usually plentiful for most birds. ‘But once you start to feed them in winter they become used to it so we recommend that once you have started you continue to feed them right to the end of the winter.’

What to feed them

A variety of foods are now available in French supermarkets, garden centres and other stores. These include packs of sunflower seeds, simple seed mixes and fat balls. More complex foods are harder to come by in France as the bird food market is not as developed as in the UK. However, it is possible source more unusual foods via the internet.

Seeds are especially good for finches – from hawfinches to greenfinches to chaffinches, as well as dunnocks – while tits in particular love fat balls.

If you want to attract goldfinches and siskins, niger seed is a favourite. Jays like sunflower seeds and peanuts; the latter are popular with the great spotted woodpecker too. Try raisins for the song thrush – it is a ground feeder so scatter them on the ground. Be wary of cats, though.

Robins like oats and mealworms – the latter is a good food source for wrens too. It is a specialised form of feed and in France is found at any fishing stores (ask for vers de farine). While robins will come to a bird table, wrens prefer to feed on the ground so place food for them in the undergrowth where you have already seen them hunting for food.

According to LPO biscuit and cake crumbs are fine to feed to birds as they are rich in fat. Cheese – as long as it is not salty – is good too as is leftover rice but it must be fully cooked.

What not to feed them

Be careful with coconut – fresh coconut is fine but dried coconut can swell inside the bird and potentially kill it. For the same reason the LPO advises against giving birds dry bread.

Salted food such as crisps and above all salted peanuts are a definite no.

In France, most fat balls come in nylon mesh. According to the experts, these can be dangerous. Birds can get their feet trapped in it while woodpeckers, which have barbed tongues, may get their beaks stuck. Instead, remove the balls from the mesh and place them inside metal cage birdfeeders.

If you have old barns or buildings on your land it is also an idea to allow a place for them to enter. This will not only give them places to shelter in cold weather but also allow them to search for the insects and spiders they usually live on.

Regularly clean food dispensers of uneaten food and disinfect them once a year. Old food can harbour disease.

Birds will also feel more confident about visiting your food dispenser if there are plenty of safe perching places nearby from which they can assess the risk of taking food. A constant fear for birds is an attack by a sparrow hawk – quite a common bird in France that swoops low and fast looking for its prey.

A constant supply of fresh clean water is as important as food for the birds. When ice forms this should be broken at least once a day to give birds a chance to drink. They also need to bathe regularly and so shallow trays of water are ideal for them. NEVER add anything to the water to stop it freezing.