English speaking? Affected by cancer in France? CSF can help 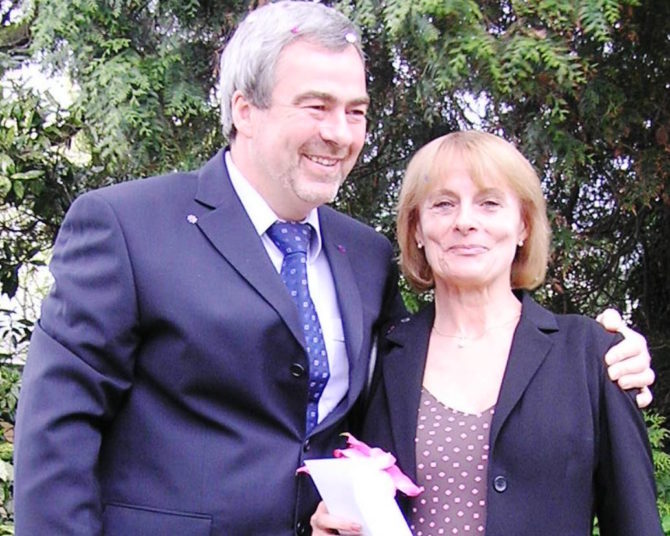 According to the expat population estimates used in the debates about the winter fuel allowance, there are some 62,840 retirees receiving the British state pension and living in France, in addition to a significant number of younger people who might be retired or working over here. When we pack up our homes in the UK and set out for France, full of eager anticipation and excitement and ready to live the dream, none of us expects to become ill, and we certainly don’t expect to be diagnosed with cancer.  The French Health Service is one of the best in the world – diagnosis is generally swift and treatment is started quickly with good results. However, the medical culture is different, there is frequently a language barrier, family and friends have been left behind in the UK, and administrative procedures are complex. It’s a daunting prospect for someone away from home. In 2003 Hazel and her late husband, Jeff, bought a house in the Aude, moving out there permanently in 2005. This is their story, in Hazel’s own words.

In September 2003 Jeff and I bought a house in a small village, Cailhau, not far from Limoux in the Aude. We were both still working and the plan was to move out to France permanently in early 2008 when I retired. We enjoyed coming out to France every month, carrying out work on the house and planning for the future. All was going well until the end of 2004 when Jeff had a cancerous lump removed from his arm. The prognosis was excellent as it had been caught very early, but we took this as a wake-up call, and decided to move out to France as soon as possible. We didn’t want to be saying “if only we had gone sooner” in five years’ time.

Jeff was only 49 years old when we made the move to France, and I was too young to receive a pension, so we had to work. Jeff had been an electrician in a former life, so we set up a very successful micro-entrerprise, doing electrical work for a predominantly British clientele. Within a year, however, Jeff was diagnosed with a second type of cancer, much more serious, at an advanced stage and with a relatively poor prognosis. The dream was shattered.

Jeff was treated at a hospital in Toulouse, being put on a course of chemotherapy which was to last for 9 months. Fortunately, because Jeff was working, he was fully registered with the French Health System and was also entitled to sickness benefit so we had no worries here. I always drove Jeff to the hospital for treatment (a 200km round trip) and the cost of transport was reimbursed. He could have travelled by taxi, which again would have been fully funded. His consultant spoke excellent English, but other staff generally spoke no English at all so we had to manage with my limited French. In addition to treatment in Toulouse, Jeff had to have emergency blood transfusions every 2 weeks in Carcassonne Hospital, and also had several admissions with infections. The quality of care was consistently high in both hospitals and, despite difficulties with language, we generally managed to communicate sufficiently with medical and nursing staff.

However, Jeff needed emotional support which I couldn’t always provide. He wanted to speak to others affected by the same type of cancer or to “just talk”. We searched on the internet and came across an organisation called Cancer Support France. This had been set up by a lady called Linda Shepherd in 2002, and was based in the Poitou-Charentes area of France. At the time Jeff felt that it didn’t appropriately meet his needs and looked to UK organisations for support.

After the chemotherapy treatment Jeff enjoyed a year in remission, renovating a house and travelling in a motor home, before the cancer returned in September 2008. He again looked on the internet at Cancer Support France (CSF) and found that it had grown significantly. Affiliated Associations had been set up in a number of departments in France, providing much more comprehensive support. Jeff decided that it was time to set up something in the Aude.

The first challenge was to find some volunteers. We held an initial meeting at our house of people who might be interested, and 25 folk came, including a retired haematology consultant and a MacMillan nurse. It was unanimously agreed that we should set something up locally to support Anglophones affected by cancer and living in the Aude.

As with most things in France, there is a minefield of bureaucracy to be sorted before setting up an Association. Our first Assemblée Générale (AGM) was held in December 2008, with Jeff being elected as President. At this AGM we agreed not just to provide support in the Aude but to also include the Ariège and Pyrénées-Orientales. Our first volunteers received training in February (this training was based on MacMillan training) and we started supporting our first clients in March 2009.

Initially we provided active listening support and limited practical support. We had a helpline with an answerphone which was managed by a small team of helpline coordinators. A prospective client would contact the helpline and leave a message. The co-ordinator would ring them back to ascertain their needs, and identify an appropriate volunteer to support them.

Sadly Jeff died in July 2009, but he had left a wonderful legacy.

I was elected the new President of CSF – Sud De France in August 2009 and was keenly aware of all that needed to be done if we were to provide effective support to anglophones affected by cancer in the area. The Aude, Ariège and Pyrénées-Orientales together cover an area of over 15,000 sq. km – where did we need to focus our efforts? How could we ensure that anglophones affected by cancer knew of us? During the first five years our membership grew to 120 members and we had some 30 trained volunteers who directly supported clients. Our fluent French-speakers were able to provide language support at hospital appointments; other volunteers helped in practical ways, some provided active listening support or sourced information for clients. We did mail-shots to GPs and hospital doctors, placed adverts in local and national publications, set up a CSF Forum and a local website. In addition to supporting clients from our own 3 departments, we also were able to provide telephone support to anglophones living in departments not covered by an association, for example folk living in Paris.

Where is Cancer Support France now?

CSF – Sud de France has now increased in size to include the Tarn (a total area of around 21,000 sq. km) and have some 35 trained volunteers. Both the treasurer and Hazel have stepped down this year and found some excellent people to take over from them, with Penelope Parkinson being elected as the new President. In addition to manning their own helpline, CSF – Sud de France also pick up calls to the National helpline. There is now a formal agreement between France’s main cancer organisation La Ligue Contre le Cancer and CSF at a national level which has helped to give credibility to CSF.

Hopefully you will get to live your dream when you come to France, without a diagnosis of cancer or any other life-threatening or life-changing disease. But if you do, remember: Affected by cancer? English speaking? CSF can help!

How can you get help if you need it?

•With thanks to Hazel Turner

Previous Article A wine romance in Bordeaux and Cognac
Next Article Secret gardens of the Loire: La Chatonnière