Into Darkness: Paris at War 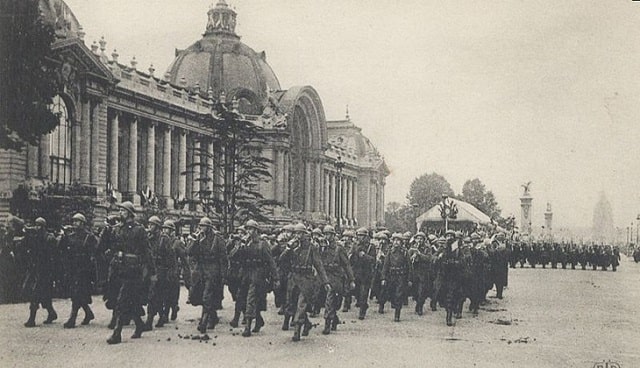 The outbreak of war saw the French capital, still revelling in the hedonism of the Belle Époque, immediately in danger of attack from the advancing Germans

When picturing World War 1, you most likely think of ‘foreign fields’ – the Western Front and No Man’s Land. Over the past 100 years, rural battles such as the Somme and Verdun have made such a major impression on the way the war is viewed that the urban aspect of the conflict has been somewhat overlooked. However, the Great War touched many cities across northern France, from Paris and Reims to Amiens and Arras.

In the years leading up to World War 1, Paris was still enjoying one its most golden ages, known as the Belle Époque. During this ‘beautiful era’, the Eiffel Tower had been erected, the Metro started running underground, the Impressionists put Paris back at the heart of the world’s cultural map and, thanks to Pigalle’s extravagant brothels and cabarets – the most famous being the Moulin Rouge – Paris was now the party capital of the world. 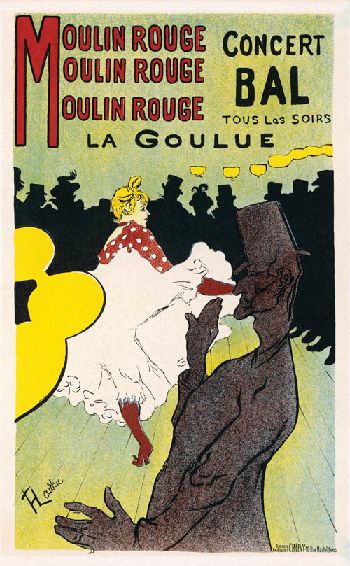 In 1914, the threat of war did little to change the ‘City of Sin’. Life carried on as normal for Paris and its three million citizens, right up until the outbreak of war on 2 August. But when the reality of war began to appear on the city’s boulevards, the party was over. Within weeks, scores of refugees arrived in Paris and the German army was just 15 miles away.

The city suffered ad hoc bombardments from German planes and ‘the Paris Gun’– a long-range siege cannon which could hit targets 80 miles away. Fearing that Paris was about to fall, the French Government evacuated southwards, to Bordeaux. However, a proud, defiant Paris didn’t fall, thanks in part to Germany’s failure to make one last push into the city, and a huge effort by French and British troops to defend their lines along the banks of the Marne river, a tributary of the Seine, situated to the East of the city. This led to the most amazing scenes in the centre of Paris during September 1914, when hundreds of taxis were ordered to carry thousands of French soldiers to the front line, near the Marne.

Fast-forward to 1916 and Paris was a different place. The initial enthusiasm for the war against Germany had been replaced by horror at the losses along the Western Front. Parisians were now living on rations, and a devastating flu epidemic was sweeping through the city.

In July 1918, as the war entered its final phase, the fighting returned to the Marne’s banks, as the Germans launched their last major offensive. But as before, the Allied forces pushed back and Paris was safe.

In November, when Germany finally accepted defeat, its military leaders met with those from Britain and France, in a railway carriage in a forest at Compiègne to the northeast of Paris. They negotiated the Armistice, which came into effect on 11 November 1918, at ‘the eleventh hour, of the eleventh day, of the eleventh month’. 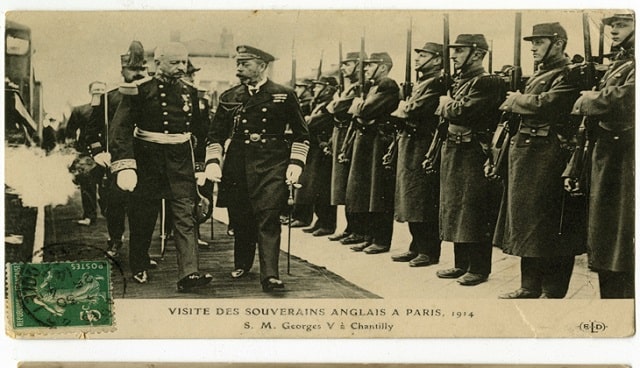 Paris was chosen as the location for the Peace Conference which followed the Armistice. Political leaders from Britain, France, America and Australia came to the capital to agree a settlement with Germany and to re-shape Europe. And when the Allies held their victory parade, they walked through the jubilant streets of Paris, free at last from the threat of invasion and bombs.

From the first major battle to the Armistice and victory parade, Paris served as the backdrop to some of the most significant events of World War 1.

The ‘fake’ city of light
During the First World War, many thousands of buildings across northern France were destroyed, but it also led to one of the most incredible construction projects of all time. The French built a ‘fake Paris’ to the north of the real city, to fool German pilots into bombing a target with no people or strategic importance.

The second Paris, which was the brainchild of French military planners, was a complete replica – with its own Champs-Elysées, Gard Du Nord, Arc de Triomphe and Opera. To add to the realism, the city’s industrial zones, such as Saint-Denis and Aubervilliers, were also faithfully recreated.

Maisons-Laffitte, a commuter town which sits on the River Seine, 15 miles North of Paris, was selected for the location of the fake city. It was an ideal location because the shape of the Seine at Maisons-Laffitte matches the river’s course through the real Paris. Dummy streets were built, lined with electric lights. Buildings went up, made out of wood and coated with translucent paint. White, yellow and red lamps were placed inside the buildings, to create the impression of a busy city at night. Fake trains sat on false tracks, and dummy cars on mock roads. A brilliant Italian electrical engineer named Fernand Jacopozzi – known as the ‘Magician of Light’ – was brought in to create the illusion that the cars and trains were actually moving.

The fake Paris project was devised by France’s air defence group, who knew that German long range bombers relied on primitive radar systems. Crews would hold bombs by the fins at the back and drop them on any target they could see during quick sorties over major cities like Paris and London. This ambitious plan had one enemy: time. The project was conceived in 1918 and wasn’t quite finished by the time of the last German air raid over Paris, that September. Consequently, the fake Paris was never battle-tested.

However, the project put the spotlight on Jacopozzi’s talent for lighting buildings and complete cities. For his work on the fake Paris, Jacopozzi was awarded the Legion d’honneur and, after the Great War, the job of lighting Paris’s most famous landmarks – the Arc de Triomphe, Opera, Place de la Concorde and the Eiffel Tower.

Today, Jacopozzi is seen as the father of ‘Paris by night’. After dark, visitors are still surrounded by his beautiful legacy.

Previous Article The Tax Implications of Renting out a French Property
Next Article Love, Marriage and Property in France