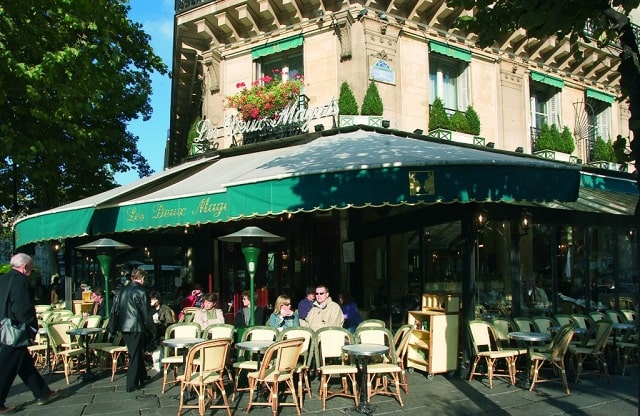 So much has been written in and about Paris. Many renowned writers, such as Oscar Wilde and Ernest Hemingway, chose to live and work there. Here are some of the capital’s popular literary hotspots.

There are some very notable names buried in Père Lachaise Cemetery, including literary lights such as Honoré de Balzac, Marcel Proust and Oscar Wilde – the Irish writer died in Paris aged just 46. But the attention lavished on his tomb has proved a double edged sword. Thanks to the lipstick graffi ti left by so many admirers, a decision was made in 2011 to clean the memorial and protect it with a glass screen. It is otherwise exceptional for the carving of a naked angel on the side, unveiled in 1914 and sadly castrated by vandals in the early 1960s. 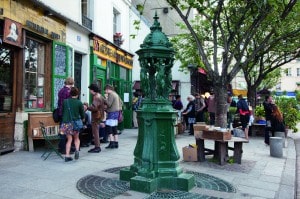 Currently closed for refurbishment, along with the rest of the Hôtel Ritz, The Hemingway Bar was named after the American author, Ernest Hemingway, who lived at the palatial hotel on Place Vendôme for years and drank in this very bar. When it reopens in 2014 one thing is for sure, the memorabilia will remain intact: the cuttings and photographs which were on the walls, the typewriter which was on display. If you’re not sure what to order at the bar, ask for a Serendipity – the most popular drink on the menu, containing Calvados and Champagne.

Opened in 1951 by an American bookworm, George Whitman, Shakespeare & Company is a bookshop on Rue de la Bûcherie which buys and sells English books. It was named after another bookshop in Paris, owned by a Sylvia Beach, which closed in 1940 but was favourite of Ezra Pound and James Joyce. The city’s expat community is famously fond of the new shop’s green and yellow frontage, books spilling into boxes on the pavement outside. It hosts workshops for readers and writers in the library upstairs, invites authors to give readings and hosts other events including the prize ceremony for its Paris Literary Prize.

Don’t miss your chance to visit the home of Victor Hugo on Place des Vosges, l’Hôtel de Rohan-Guéménée, where Victor lived on the second floor from 1832 to 1848 and wrote part of Les Misérables. The property was made a museum in 1902 and presents his life before, during and after his exile in Belgium and Jersey – see inside the bedroom with its four poster bed and crimson coloured walls, look at manuscripts, illustrations and other personal effects. Two temporary exhibitions are also held each year on the first floor.

For more information on visiting Paris, including themed walks and other itineraries, visit the official Paris tourist information website

Thoughts on returning to Paris