The Game of Pétanque, a French Institution 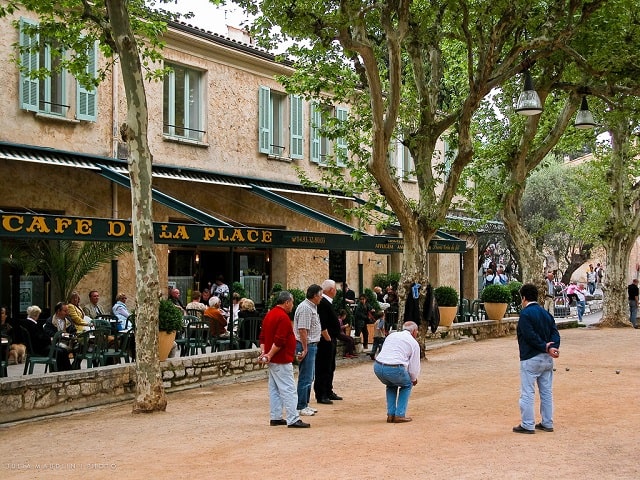 The game of pétanque is right up there with the most popular French pastimes, and it is certainly a venerated institution in Provence.

The rules of the game are based on a form of boules where the player throws steel balls as close as possible to a small wooden ball called the cochonnet in an attempt to knock the opponents boules out of the way. The most talented manage to do this by mimicking the previous opponent’s gesture exactly, trying to replicate the trajectory of the ball, a move known as faire un carreau.

The game is usually played on hard sand or gravel, but can also be played on grass. Over a short distance, the game is called pétanque, in this version the thrower’s feet are kept together within a starting circle. Over a distance of more than ten metres, the game is called longue, a typically Provençal variation.

While games throwing balls at a target are as old as mankind, the current form of pétanque is thought to have been developed around 1910, allegedly by a café owner who wanted to make the game of boules easier for a friend who suffered from rheumatism and wasn’t able to run before throwing the ball. The name is derived from the term pieds tanqués, which in old southern dialect means “anchored feet”, referring to the rule in the game that one’s feet must remain fixed together within the small circle.

France has a national federation for pétanque players,  La Féderation Françaises de Pétanque et Jeu Provençal (FFPJP), which has approximately 300,000 licensed members and is one of the largest sporting federations in France. Pétanque is one of the most played sports in Marseilles, and millions of people in France play a casual version of the game, particularly during their summer holidays. Le Mondial de Pétanque (World Boules Championship) is held in Marseille every month of July. 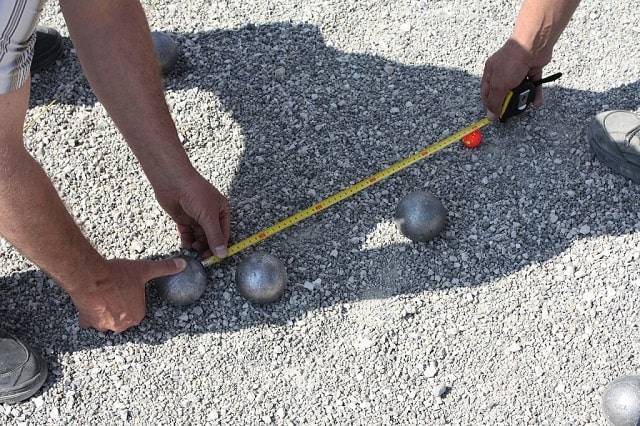 Pétanque enthusiasts love the chatter and the presence of a passionate audience, veterans are quick to tell their stories, and occasional controversy ensues with regards to the assessment of distances between the boules and the cochonnet, so that any pétanques gathering can turn into a lively convivial atmosphere with a healthy dose of comedy.
[mrb]
Images: Julia Madlin, Mustapha Ennaimi and AltiGoehner via Flickr