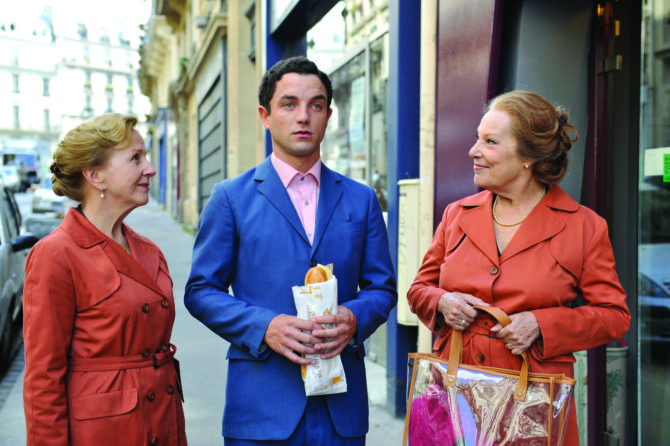 This first live-action feature from the director of French animated classics Belleville Rendezvous and The Illusionist is an interesting transition into the ‘real world’. Boasting fantastical visuals and quirky dialogue from the off, it’s clear that reality will be kept at bay throughout.

The film relates the tale of 33-year-old manchild Paul (Gouix), a talented pianist who’s rendered mute by the loss of his parents as a toddler. Raised by two smothering, hilariously eccentric aunts, Paul lives a suppressed life of compliance. That is until he meets his neighbour, the aptly named Madame Proust, who begins to feed him hallucinogenic tea infusions which – in true Proustian fashion – unlock the repressed depths of his memory, wherein lurks the truth about his parents’ death.

Enough pastel hues, vintage costumes and kooky characterisation to rival Wes Anderson visually define the film, but its musicality is the most beguiling aspect. Paul’s muteness is offset by his near-constant piano playing, and the film’s most intimate moments of human connection are expressed through instruments. Proust plucks a ukulele, and Paul’s charmingly innocent love interest introduces herself as such in a piano-cello duet. Paul’s psychological trips down memory lane are all conducted through song and dance, taking us on wacky, whimsical journeys of our own – and alleviating the plot’s darker elements by softening them with a comforting cushion of musical theatre.

Previous Article An Ode to Romantic French Men
Next Article The Game of Pétanque, a French Institution