The Art of Making Time in France 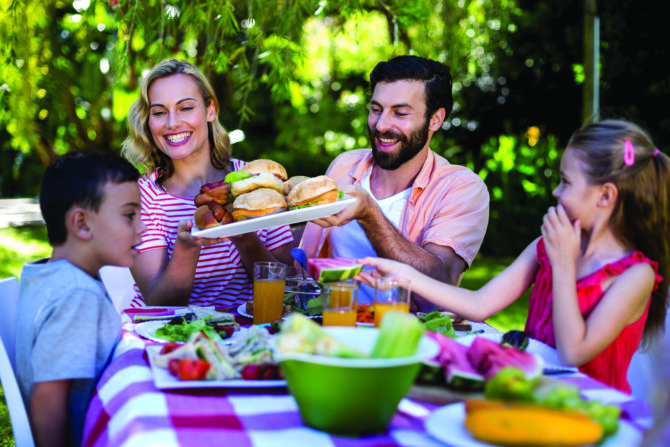 Nadia Jordan marvels at our French neighbours’ ability to live in the moment and enjoy the things that truly matter: family and food.

Anyone who has ever been to France will know that time moves more slowly here. Why is that? Why are there always people sitting chatting on café terraces at all times of the day? How are the French seemingly quite happy to stand in a long queue, snaking out of the bakery with no apparent sign of frustration? Time pressure doesn’t exist for market stallholders, chatting to each customer, enquiring after their health, their children’s health, their dog’s health; apparently oblivious to the ever-growing number of people waiting to be served. In France, it is a sign of a pride to be able to say, ‘Je ne suis pas pressé’ (I’m not in a rush); quite the opposite of that Anglo-Saxon constant refrain that we are ‘so busy, manic, no time…’

So why does time seem to move more slowly in France? Perhaps it is simply that the French make better use of the time they have. France operates a famously short 35-hour working week and since January 1 this year, French employees have won the ‘right to disconnect’, meaning that they no longer look at or answer emails out of office hours; a reaction against the so-called ‘always-on’ work culture invading Europe from the States. There is undoubtedly still in France a cultural emphasis on working to live rather than the other way around.

I think it is more than this however. I think the French have an innate ability to make the most of their time because they instinctively have their priorities right. If you prioritise work and earning money, then, undoubtedly, you will find yourself spending most of your time working to earn and working some more. On the other hand, if your main priority in life is to spend time with your family or to cook beautiful meals or to play the sport you love, then you will make sure that you find the time to do this. What the French seem to intuitively understand is that time is fluid and elastic and, just as Parkinson so famously worked out, “work expands so as to fill the time available for its completion.” What the French do differently is simply to make sure that it is their favourite and most pleasurable activities which are expanding to fill that time and not their work.

Hence restaurants in France are full between noon and 2pm; the lunch break is still sacred and nearly everyone stops. The French have made food, eating and family meals a priority and allocate the time to this above everything else. In addition, because it is the eating and being with family and friends that is important, it is also rare to see people sitting in cafés and restaurants here communing with screens rather than each other. Something I am trying to learn from the French is to stop letting work control my time. Of course, we can’t physically make more time but, if Parkinson’s Law is correct and time will stretch to accommodate what we choose to put into it, then the French very sensibly have chosen to fill it first with pleasure. The French do what they want and time works around them rather than the other way around. They focus on what matters and then somehow life finds balance and time just slows down.