Kir and its royal variations: a French apéritif for special occasions 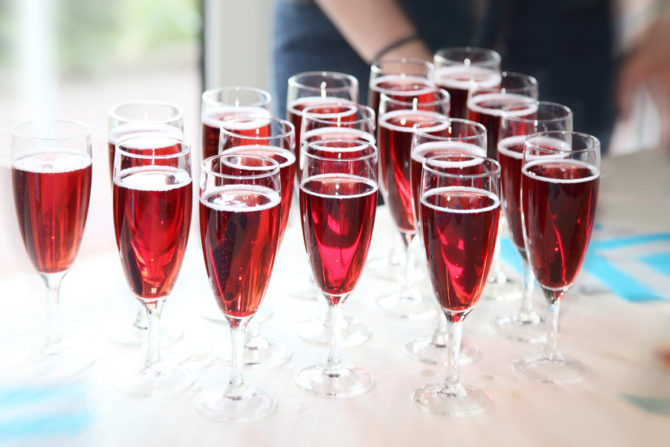 You have probably heard of kir royal, a champagne-based apéritif with a measure of blackcurrant cream liqueur (crème de cassis). However, it is a variation on the traditional kir, commonly served in the average bar or restaurant in France, also called kir vin blanc or blanc-cassis. This is the standard kir that would be served to you if you just went in to a bar and asked for “un kir s’il-vous plaît”. Kir is named after Félix Kir (1876–1968), mayor of Dijon, in Burgundy, who popularised the drink by offering it at receptions to visiting delegations. Originally the wine used was Bourgogne Aligoté with a light splash of crème de cassis.

The only difference between the kir royal and the traditional kir is that the former is made with champagne while the original kir, is made with white wine. It is not necessarily made with cheaper wine than the ‘royal’ version and it is not sparkling, but is equally refreshing. So remember that if you go into a bar and ask for a kir, you will likely be served the white wine version, unless you specify that you want it to be ‘royal’.

Top tip: if you still want some fizz in your apéritif at home, but don’t want to splash out on champagne, a less expensive alternative is to use sparkling wine, although it is less common to see sparkling-wine based kirs on bar and restaurant menus. Crémant de Bourgogne is a favourite but any sparkling wine will do. 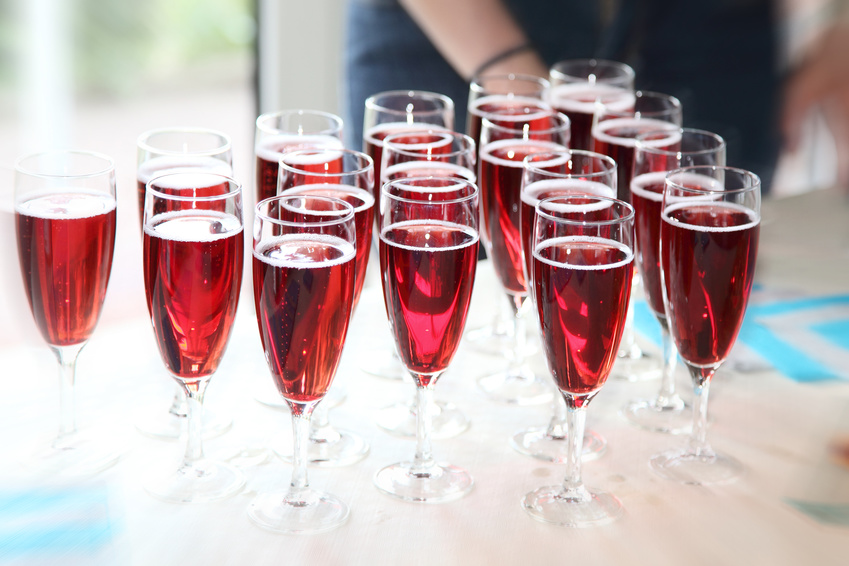 Kir Royal: champagne and a drop of cassis cream liqueur, usually served in a fluted glass

There are some regional variations of the apéritif that do not use white wine or champagne. Kir can actually be made with red wine, which makes it a completely different drink in terms of taste and body. This regional variation also comes from the Burgundy region and is therefore know as as kir Bourgogne. If you go into a bar in Normandy, you will likely see kir Normand on the drinks menu. This version of the apéritif is cider-based but it is a little more exciting than the other variations as it also contains a dash of Calvados, Normandy’s famous apple brandy. Using cidre makes a refreshing change to wine or champagne and is also less potent, as long as you are not too heavy-handed with the Calvados.
[mrb]

Whatever alcohol base you use, sparkling or not, you can try different creamy fruit liqueurs as an alternative to the crème de cassis. By default, kir is made with crème de cassis. However, in most bars and restaurants, you can ask for kir à la mûre (blackberry), kir à la pêche (peach), or kir à la framboise (raspberry).

If you want to be really adventurous or for a special occasion, why not try a more exotic flavoured liqueur? A kir made with crème de violette or crème de lavande will really impress your guests.

•With thanks to Laura Henderson